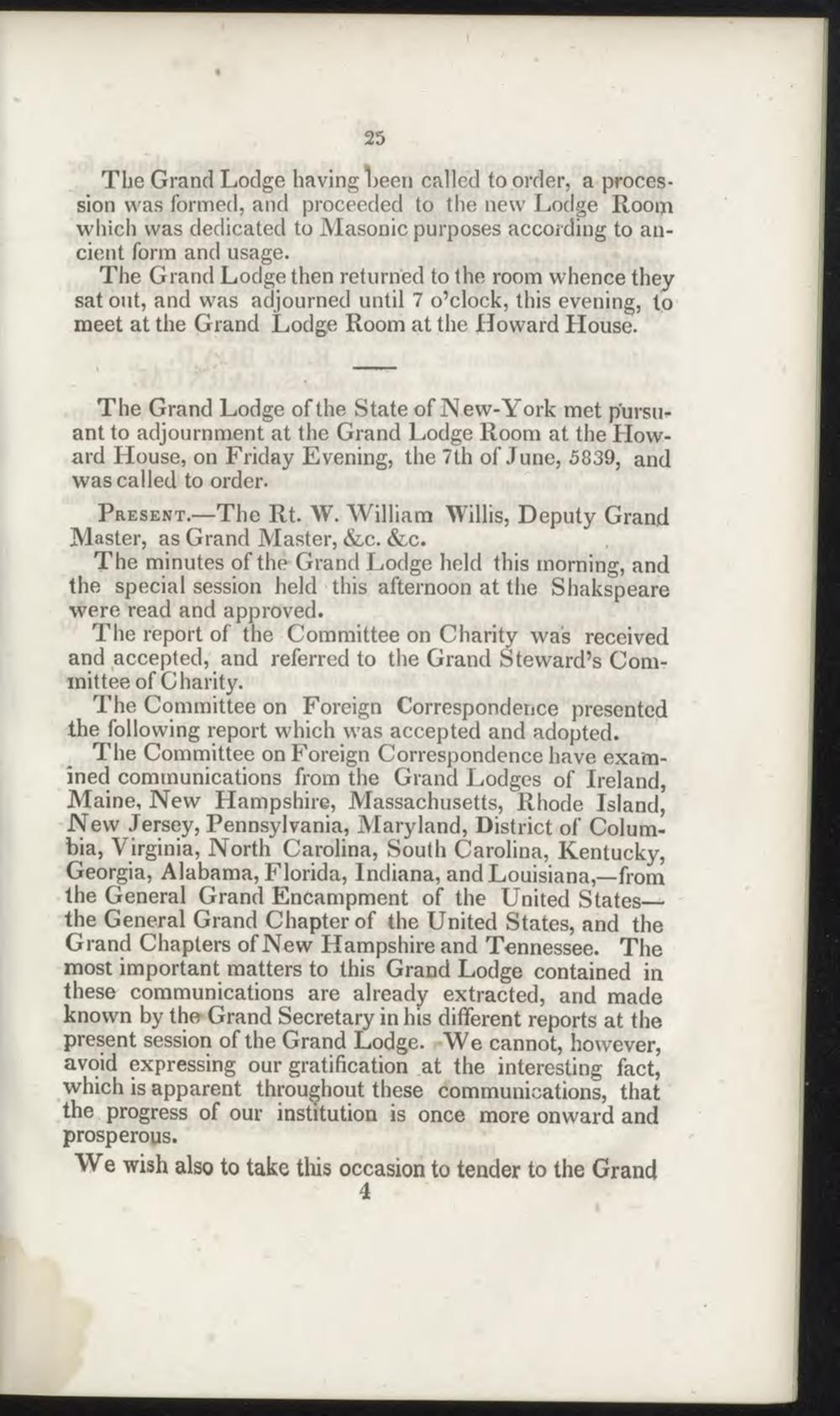 The Grand Lodge havingljeen called to order, a procession was formed, and proceeded to the new Lodge Room which was dedicated to Masonic purposes according to ancient form and usage.

The Grand Lodge then returned to the room whence they sat out, and was adjourned until 7 o'clock, this evening, to meet at the Grand Lodge Room at the Howard House.

The Grand Lodge of the State of New-York met p'ursuant to adjournment at the Grand Lodge Room at the Howard House, on Friday Evening, the 7th of June, 5839, and was called to order.

The minutes of the Grand Lodge held this morning, and the special session held this afternoon at the Shakspeare were read and approved.

The report of the Committee on Charity was received and accepted, and referred to the Grand Steward's Committee of Charity.

The Committee on Foreign Correspondence presented the following report which was accepted and adopted.

The Committee on Foreign Correspondence have examined communications from the Grand Lodges of Ireland, Maine, New Hampshire, Massachusetts, Rhode Island, New Jersey, Pennsylvania, Maryland, District of Columhia, Virginia, North Carolina, South Carolina, Kentucky, Georgia, Alabama, Florida, Indiana, and Louisiana,—from the General Grand Encampment of the United States— the General Grand Chapterof the United States, and the Grand Chapters of New Hampshire and Tennessee. The most important matters to this Grand Lodge contained in these communications are already extracted, and made known by the Grand Secretary in his different reports at the present session of the Grand Lodge. We cannot, hovvever, avoid expressing our gratification at the interesting fact, which is apparent throughout these communications, that the progress of our institution is once more onward and prosperous.