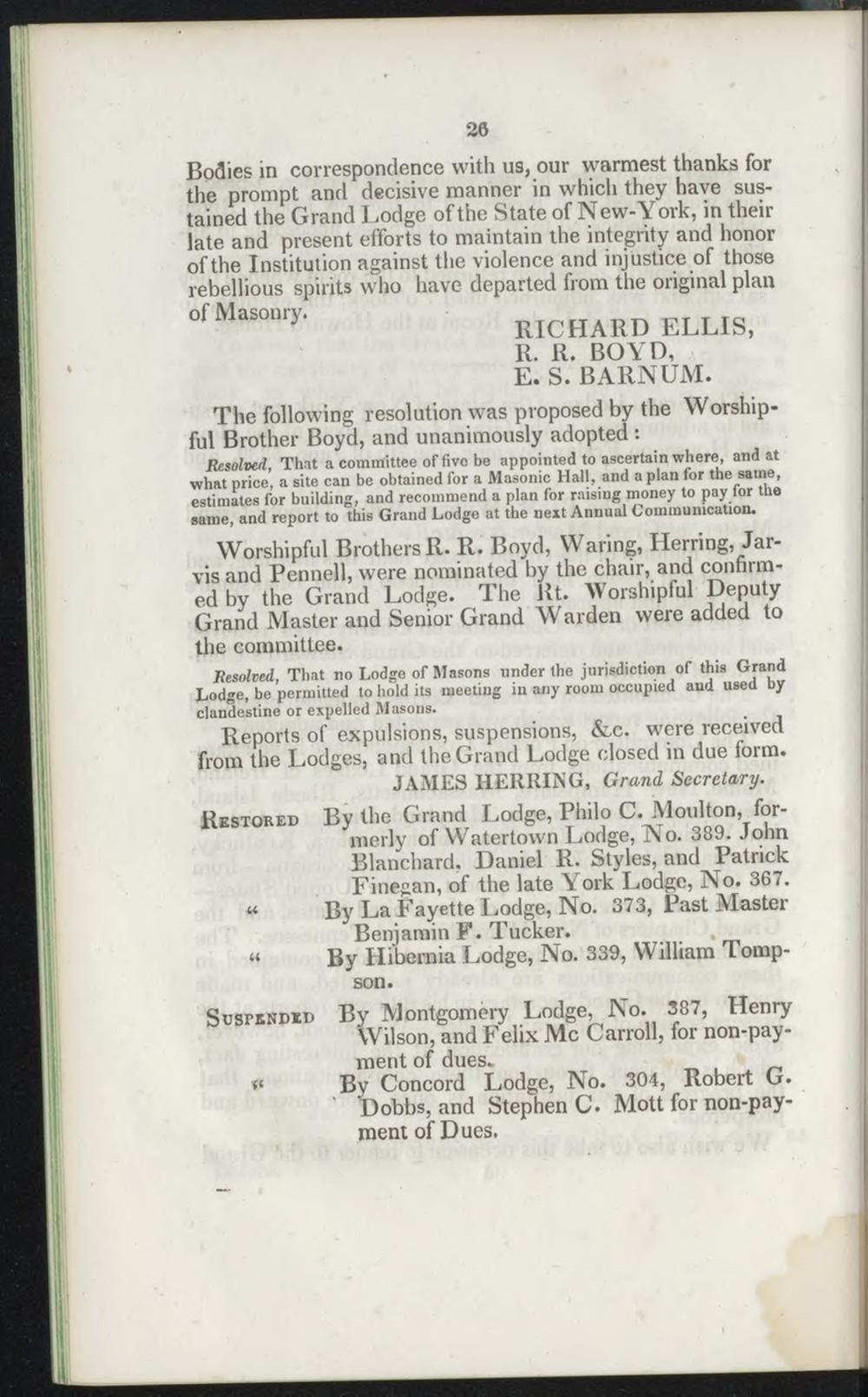 Bodies in correspondence with us, our warmest thanks for the prompt and decisive manner in which they have sustained the Grand Lodge of the State of N ew-Y ork, in their late and present efforts to maintain the integrity and honor of the Institution against the violence and injustice of those rebellious spirits who have departed from the original plan

Thefollowing resolution was proposed by the Worshipful Brother Boyd, and unanimously adopted :

Resolved, That a committee of fivc be appointed to ascertain where, and at what price, a site can be obtained for a Masonic Hall, and a plan for the same, estimates for building, and recommend a plan for raising money to pay lor the same, and report to this Grand Lodge at the next Annual Commumcation.

Worshipful Brothers R. R. Boyd, Waring, Herring, Jarvis and Pennell, were nominated by the chair, and confirmed by the Grand Lodge. The Rt. Worshipful Deputy Grand Master and Senior Grand Warden were added to the committee.

Resolved, That no Lodge of Masons under the jurisdictiën of this Grand Lodge, be permitted to liold its meeting in any room occupied and useü Dy clandestine or expelled Masons.

Reports of expulsions, suspensions, &c. were received from the Lodges, and the Grand Lodge closed in due form.

Süspsndid By Montgomery Lodge, No. 387, Henry VVilson, and Felix Mc Carroll, for non-payment of dues.

Dobbs, and Stephen C. Mott for non-payment of Dues.