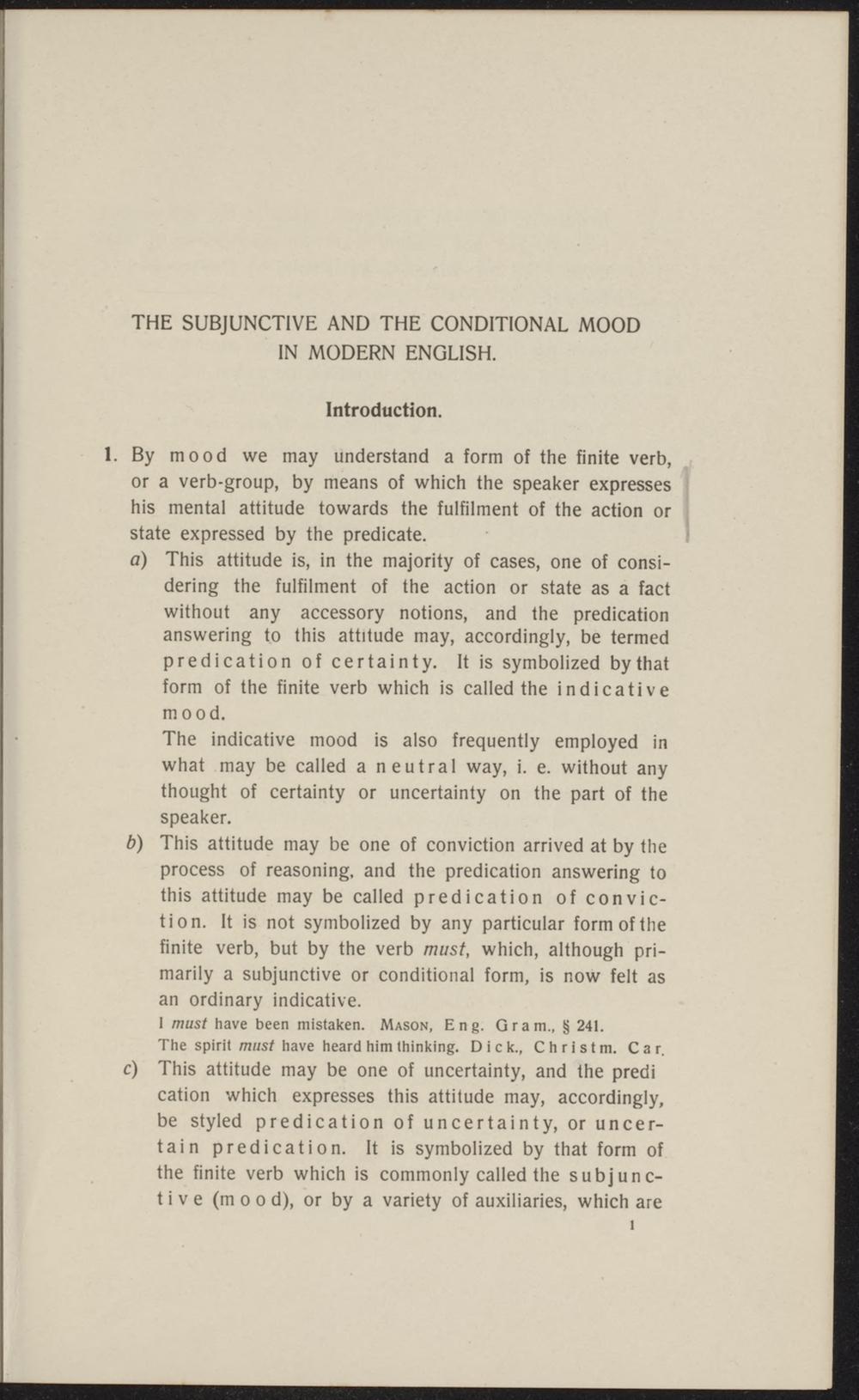 THE SUBJUNCTIVE AND THE CONDITIONAL MOOD IN MODERN ENGLISH.

By mood we may understand a form of the finite verb, or a verb-group, by means of which the speaker expresses his mental attitude towards the fulfilment of the action or state expressed by the predicate.

a) This attitude is, in the majority of cases, one of considering the fulfilment of the action or state as a fact without any accessory notions, and the predication answering to this attitude may, accordingly, be termed predication of certainty. It is symbolized bythat form of the finite verb which is called the indicative mood.

The indicative mood is also frequently employed in what may be called a neutral way, i. e. without any thought of certainty or uncertainty on the part of the speaker.