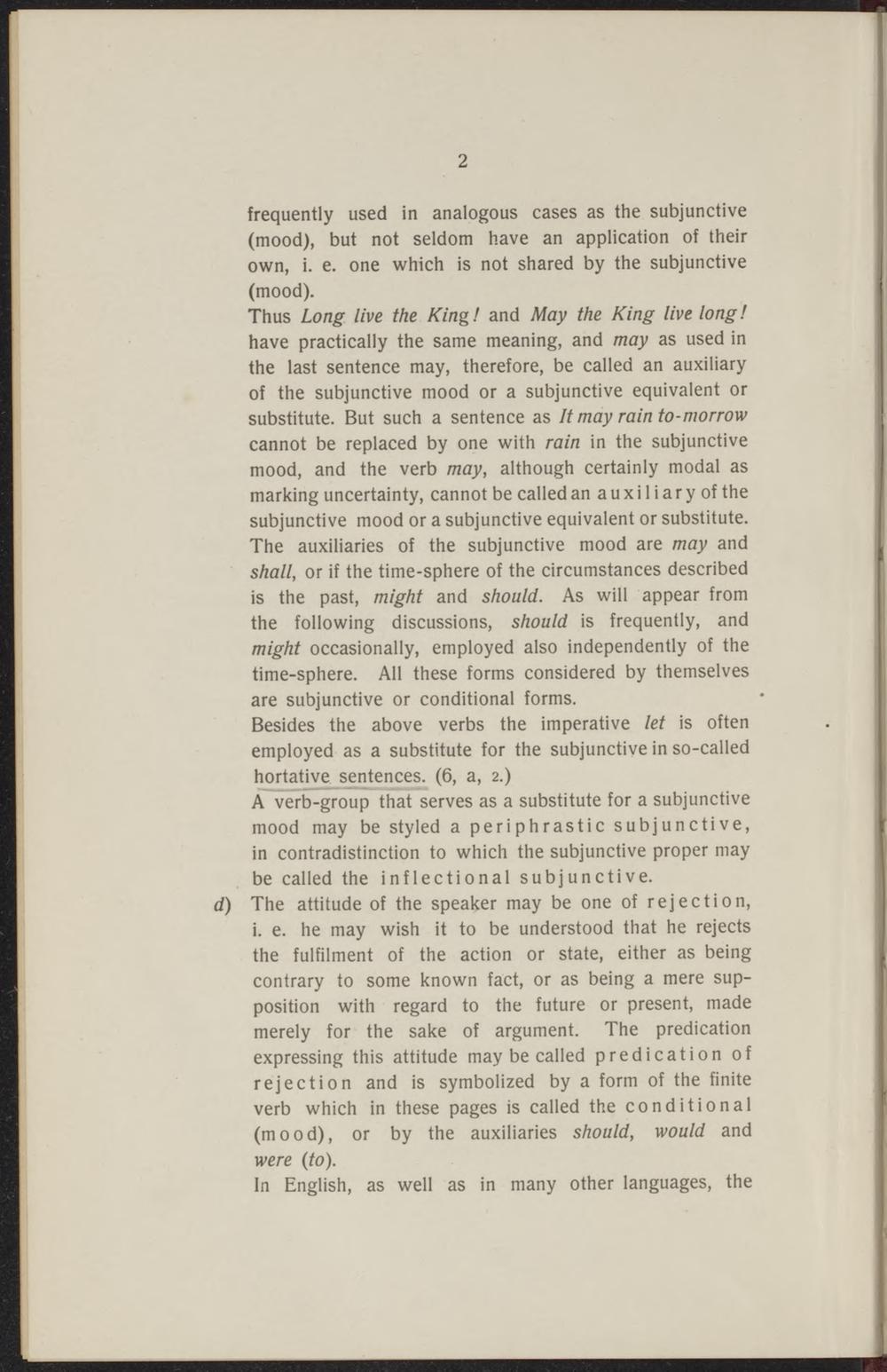 A verb-group that serves as a substitute for a subjunctive mood may be styled a periphrastic subjunctive, in contradistinction to which the subjunctive proper may be called the inflectional subjunctive. d) The attitude of the speaker may be one of rejection, i. e. he may wish it to be understood that he rejects the fulfilment of the action or state, either as being contrary to some known fact, or as being a mere supposition with regard to the future or present, made merely for the sake of argument. The predication expressing this attitude may be called predication of rejection and is symbolized by a form of the finite verb which in these pages is called the conditional (mood), or by the auxiliaries should, would and were (to).

In English, as well as in many other languages, the