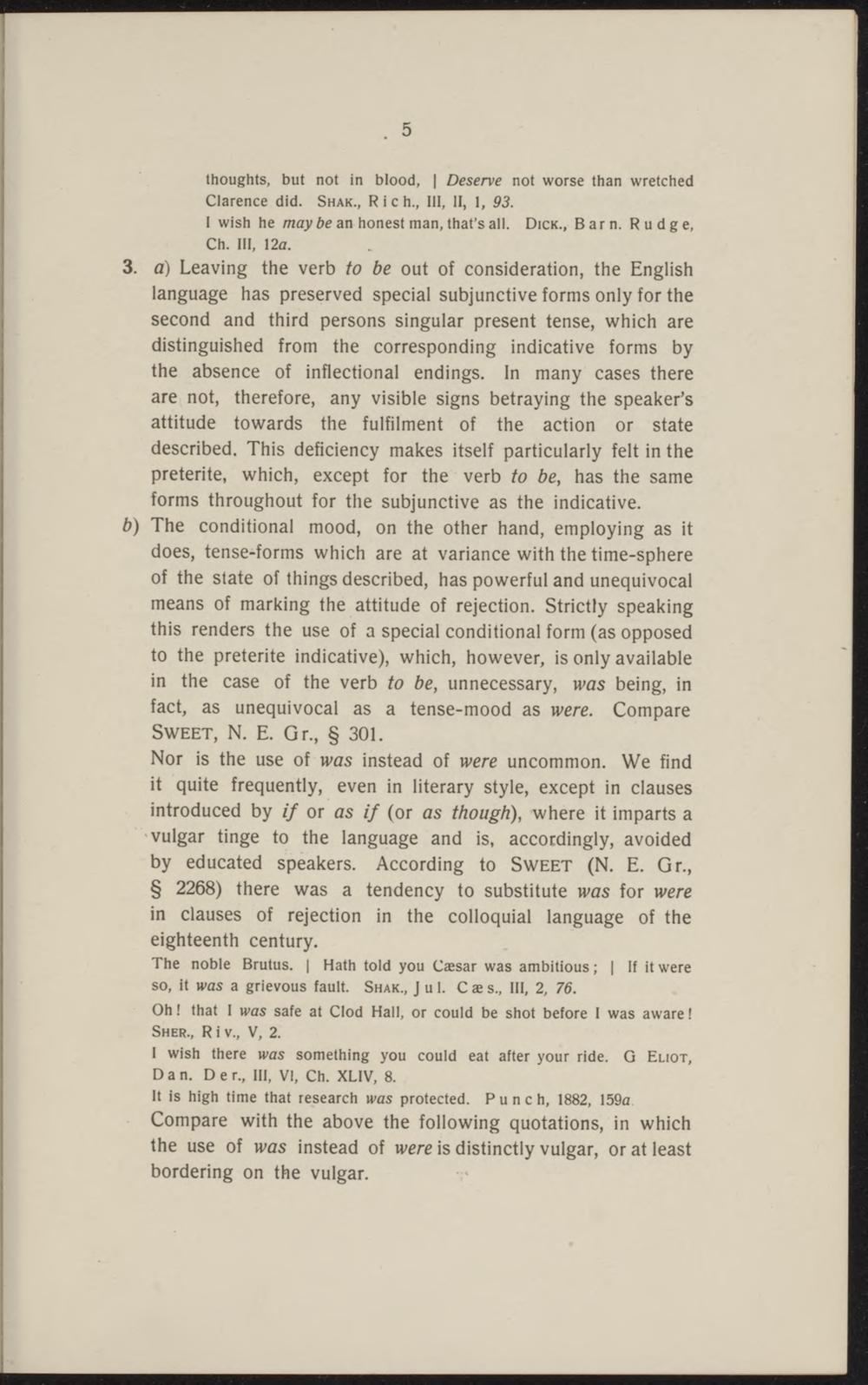 thoughts, but not in blood, | Deserve not worse tban wretched

Ch. III, 12a. . 3. a) Leaving the verb to be out of consideration, the English language has preserved special subjunctive forms only for the second and third persons singular present tense, which are distinguished from the corresponding indicative forms by the absence of inflectional endings. In many cases there are not, therefore, any visible signs betraying the speaker's attitude towards the fulfilment of the action or state described. This deficiency makes itself particularly feit in the preterite, which, except for the verb to be, has the same forms throughout for the subjunctive as the indicative. b) The conditional mood, on the other hand, employing as it does, tense-forms which are at variance with the time-sphere of the state of things described, has powerful and unequivocal means of marking the attitude of rejection. Strictly speaking this renders the use of a special conditional form (as opposed to the preterite indicative), which, however, is only available in the case of the verb to be, unnecessary, was being, in fact, as unequivocal as a tense-mood as were. Compare Sweet, N. E. Gr., § 301.

Nor is the use of was instead of were uncommon. We find it quite frequently, even in literary style, except in clauses introduced by if or as if (or as though), where it imparts a vulgar tinge to the language and is, accordingly, avoided by educated speakers. According to Sweet (N. E. Gr., § 2268) there was a tendency to substitute was for were in clauses of rejection in the colloquial language of the eighteenth century.

I wish there was somethlng you could eat after your ride. G Eliot, Dan. Der., III, VI, Ch. XLIV, &

It is high time that research was protected. Punch, 1882, 159a. Compare with the above the following quotations, in which the use of was instead of were is distinctly vulgar, oratieast bordering on the vulgar.