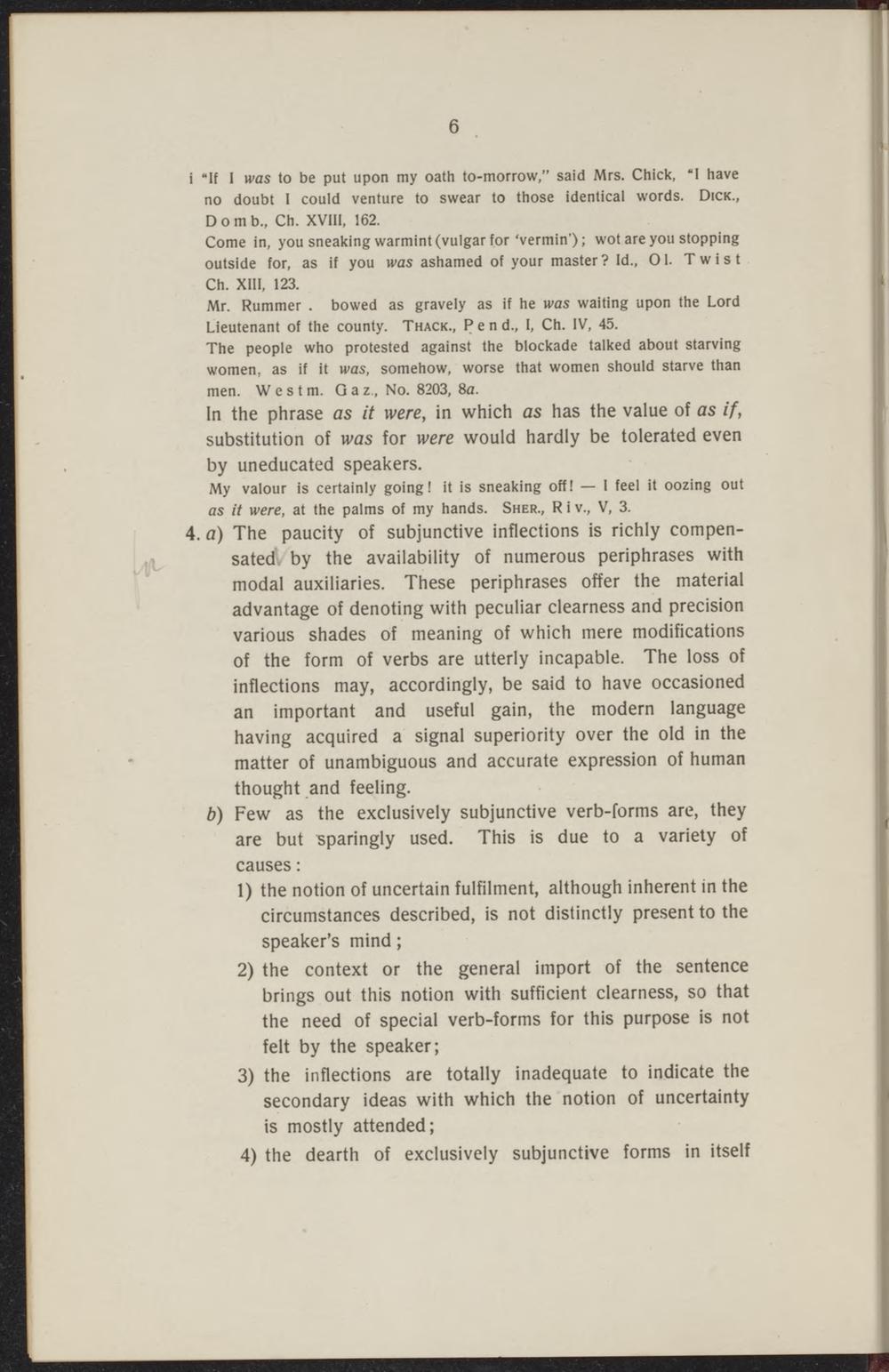 Come in, you sneaking warmint (vulgar for 'vermin'); wot are you stopping outside for, as if you was ashamed of your master? ld., 01. Twist Ch. XIII, 123.

Mr. Rummer . bowed as gravely as if he was waiting upon the Lord Lieutenant of the county. Thack., P e n d., I, Ch. IV, 45. The people who protested against the blockade talked about starving women, as if it was, somehow, worse that women should starve than men. W e s t m. Ga z , No. 8203, 8a.

In the phrase as it were, in which as has the value of as if, substitution of was for were would hardiy be tolerated even by uneducated speakers.

My valour Is certainty goingt it is sneaking offt — I feel it oozing out as it were, at the palms of my hands. Sher., RI v., V, 3. 4. a) The paucity of subjunctive inflections is richly compensatedl by the availability of numerous periphrases with modal auxiliaries. These periphrases offer the material advantage of denoting with peculiar clearness and precision various shades of meaning of which mere modifications of the form of verbs are utterly incapable. The loss of inflections may, accordingly, be said to have occasioned an important and useful gain, the modern language having acquired a signal superiority over the old in the matter of unambiguous and accurate expression of human thought and feeling. b) Few as the exclusively subjunctive verb-forms are, they are but sparingly used. This is due to a variety of causes:

1) the notion of uncertain fulfilment, although inherent in the circumstances described, is not distinctly present to the speaker's mind;

2) the context or the general import of the sentence brings out this notion with sufficiënt clearness, so that the need of special verb-forms for this purpose is not feit by the speaker;

3) the inflections are totally inadequate to indicate the secondary ideas with which the notion of uncertainty is mostly attended;

4) the dearth of exclusively subjunctive forms in itself