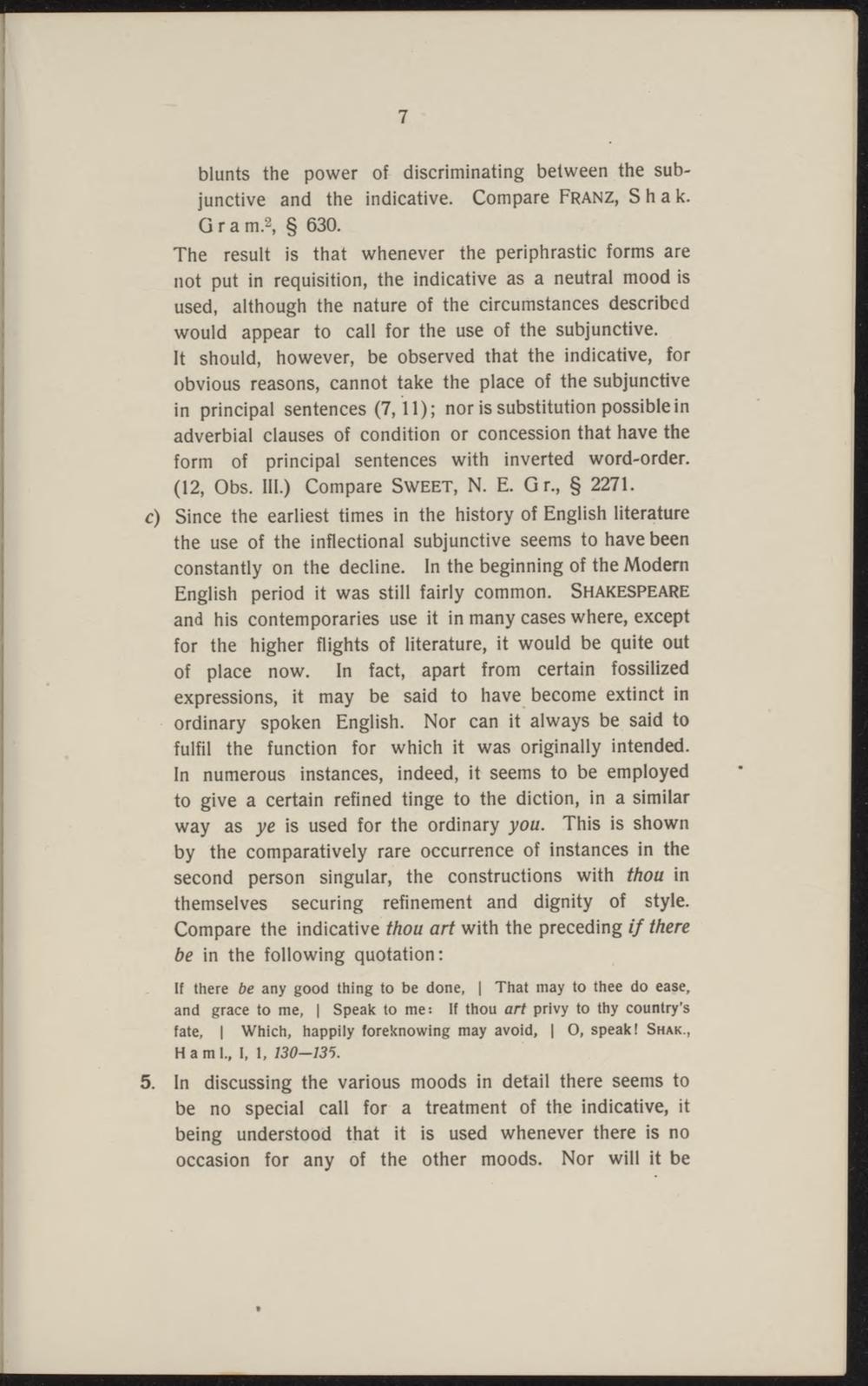 blunts the power of discriminating bel ween the subjunctive and the indicative. Compare Franz, Shak. G r a m.2, § 630. The result is that whenever the periphrastic forms are not put in requisition, the indicative as a neutral mood is used, although the nature of the circumstances described would appear to call for the use of the subjunctive. It should, however, be observed that the indicative, for obvious reasons, cannot take the place of the subjunctive in principal sentences (7,11); nor is substitution possiblein adverbial clauses of condition or concession that have the form of principal sentences with inverted word-order. (12, Obs. III.) Compare Sweet, N. E. Gr., § 2271. c) Since the earliest times in the history of English literature the use of the inflectional subjunctive seems to have been constantly on the decline. In the beginning of the Modern English period it was still fairly common. Shakespeare and nis contemporaries use it in many cases where, except for the higher flights of literature, it would be quite out of place now. In fact, apart from certain fossilized expressions, it may be said to have become extinct in ordinary spoken English. Nor can it always be said to fulfil the function for which it was originally intended. In numerous instances, indeed, it seems to be employed to give a certain refined tinge to the diction, in a similar way as ye is used for the ordinary you. This is shown by the comparatively rare occurrence of instances in the second person singular, the constructions with thou in themselves securing refinement and dignity of style. Compare the indicative thou art with the preceding if there be in the following quotation:

If there be any good thing to be done, | That may to thee do ease, and grace to me, | Speak to me: If thou art privy to thy country's fate, | Which, happily foreknowing may avoid, | O, speak 1 Shak., HamUU, 130—131. 5. In discussing the various moods in detail there seems to be no special call for a treatment of the indicative, it being understood that it is used whenever there is no occasion for any of the other moods. Nor will it be