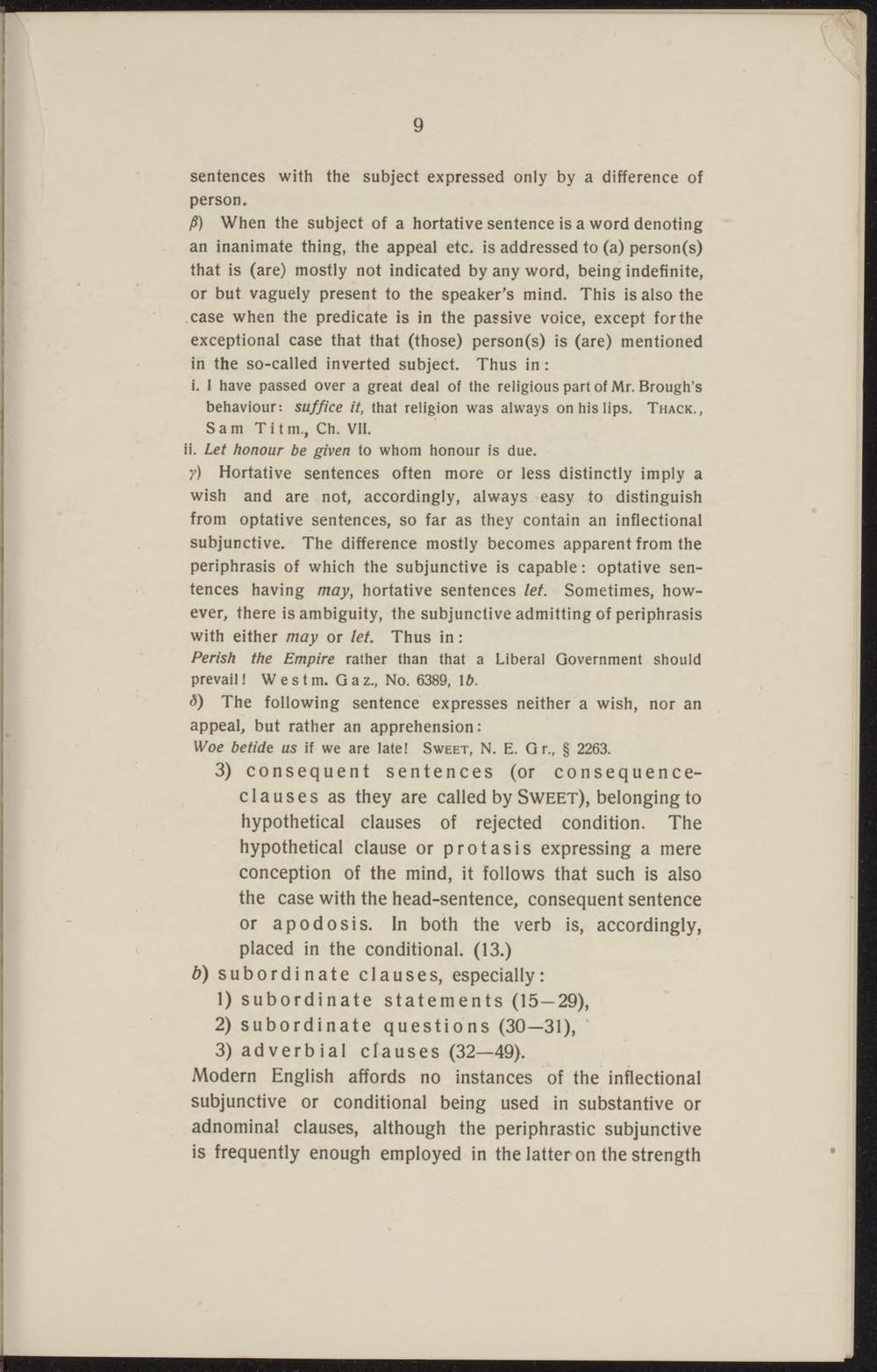 sentences with the subject expressed only by a difference of person.

/?) When the subject of a hortative sentence is a word denoting an inanimate thing, the appeal etc. is addressed to (a) person(s) that is (are) mostly not indicated by any word, being indefinite, or but vaguely present to the speaker's mind. This is also the .case when the predicate is in the passive voice, except forthe exceptional case that that (those) person(s) is (are) mentioned iii the so-called inverted subject. Thus in: I. I have passed over a great deal of the religious part of Mr. Brough's

behavlour: suffice it, that religion was always on hls Ups. Thack.,

S) The following sentence expresses neither a wish, nor an

appeal, but rather an apprehension:

Woe betide us if we are latei Sweet, N. E. G r., § 2263. 3) consequent sentences (or consequenceclauses as they are called by Sweet), belonging to hypothetical clauses of rejected condition. The hypothetical clause or pro tas is expressing a mere conception of the mind, it follows that such is also the case with the head-sentence, consequent sentence or apodosis. In both the verb is, accordingly, placed in the conditional. (13.)

Modern English affords no instances of the inflectional subjunctive or conditional being used in substantive or adnominal clauses, although the periphrastic subjunctive is frequently enough employed in the latter on the strength