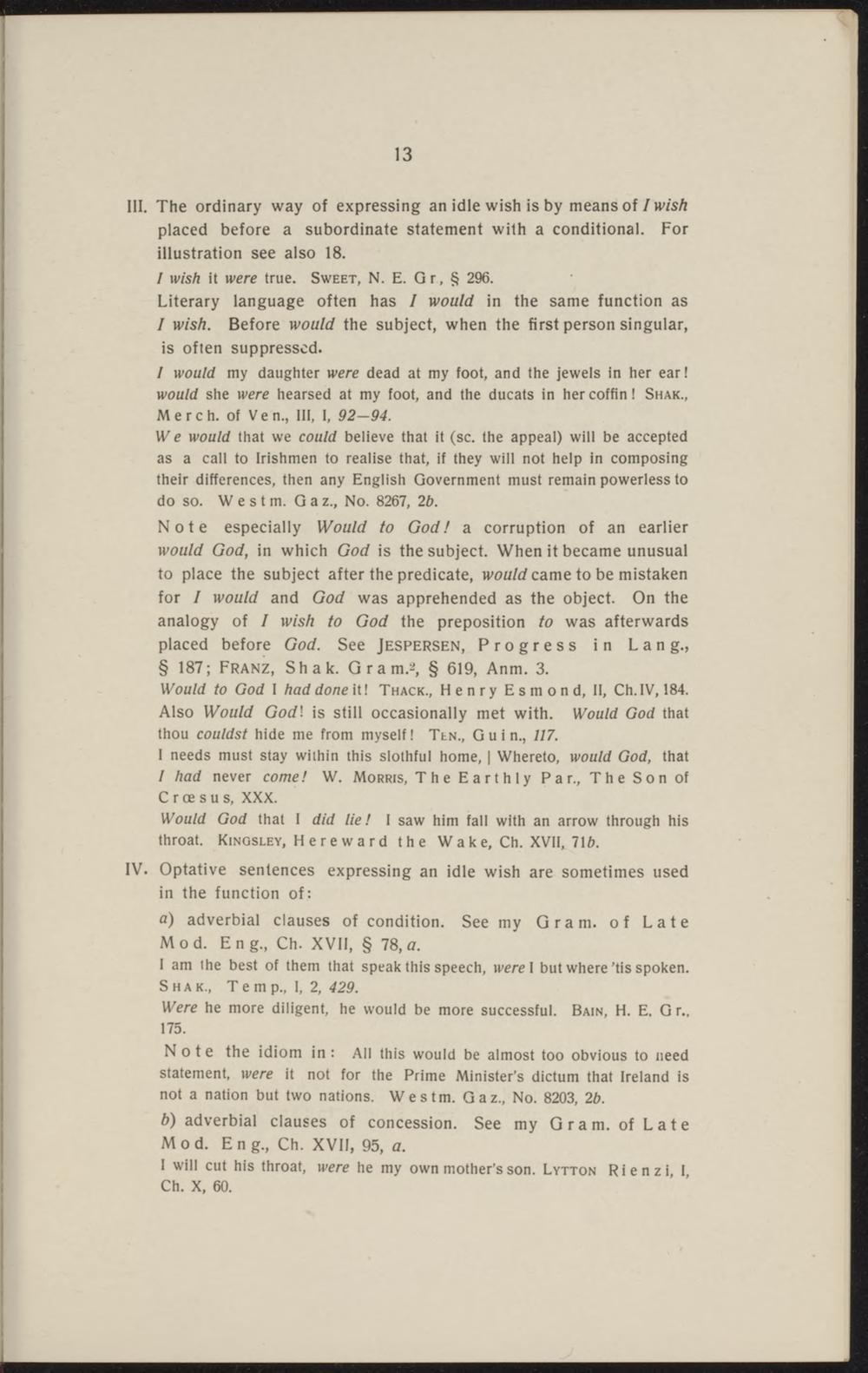 III. The ordinary way of expressing an idle wish is by meansof / wish placed before a subordinate statement with a conditional. For illustration see also 18.

Literary language often has / would in the same function as I wish. Before would the subject, when the first person singular, is often suppresscd.

W e would that we could believe that it (sc. the appeal) will be accepted as a call to Irlshmen to realise that, if they will not help In composing their differences, then any English Government must remain powerless to do so. W e s t m. G a z, No. 8267, 2b.

N o t e especially Would to God! a corruption of an earlier would God, in which God is the subject. Whenitbecame unusual to place the subject after the predicate, would came to be mistaken for / would and God was apprehended as the object. On the analogy of / wish to God the preposition to was afterwards placed before God. Seë Jespersen, Progress in Lang., § 187; Franz, Shak. Gram.*, § 619, Anm. 3. Would to God I had done it! Thack, Henry Esmond, II, Ch.IV, 184. Also Would God\ is still occasionally met with. Would God that thou couldst hide me from myself! Ten, G u i n, 117. I needs must stay within this slothful home, | Whereto, would God, that ƒ had never come! W. Morris, TheEarthly Par, TheSonof C r oe s u s, XXX.

Would God that I did Hel I saw him fall with an arrow through his throat. Kinosley, Hereward the Wake, Ch. XVII, 716.

IV. Optative sentences expressing an idle wish are sometimes used in the function of:

N o te the idiom in: All this would be almost too obvious to need statement, were it not for the Prime Mlnister's dictum that Ireland is not a nation but two natlons. Westm. Gaz, No. 8203, 2b.