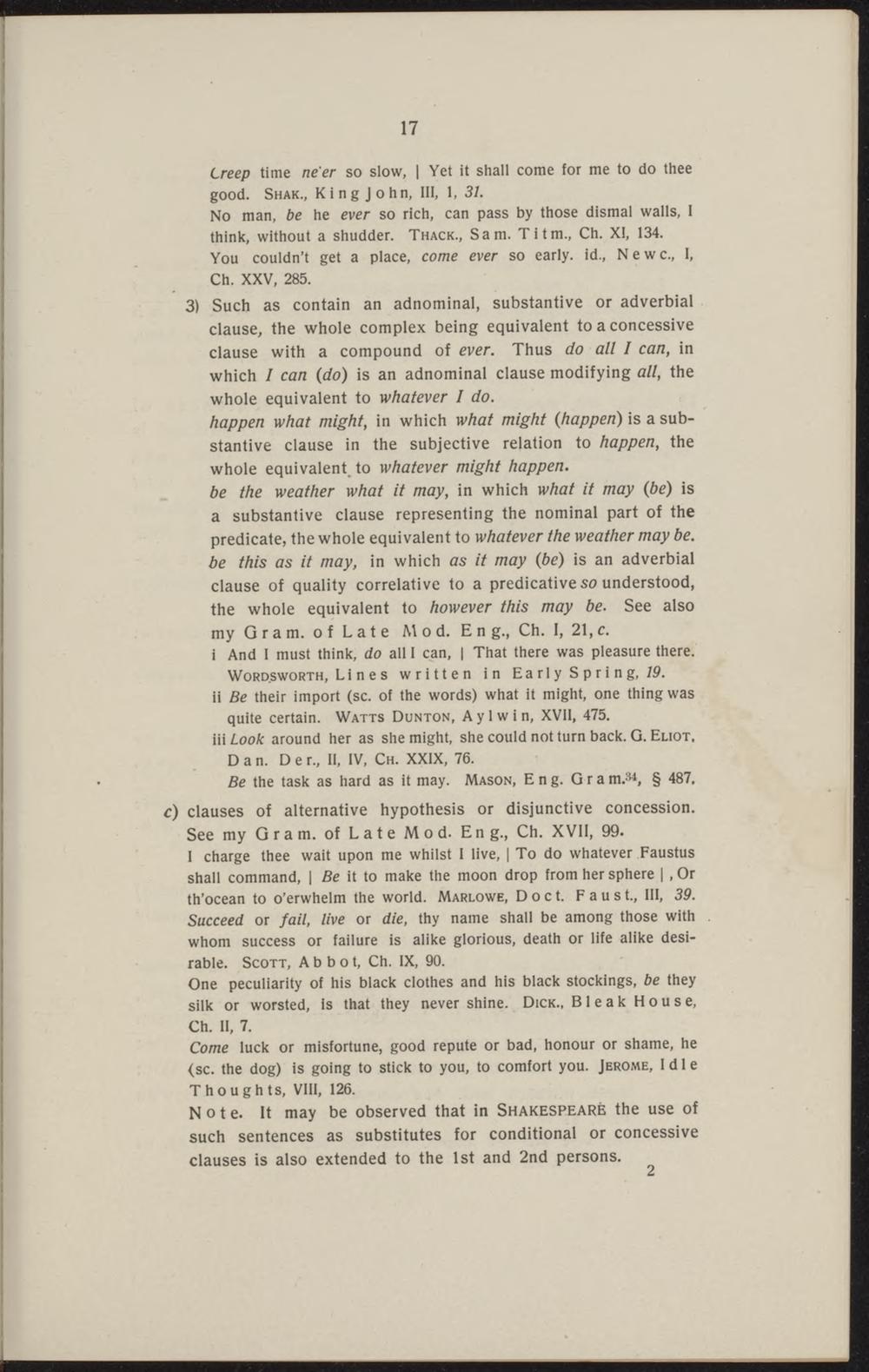 i And I must think, do all I can, | That there was pleasure there. Wordsworth, Lines wrltten in Early Spring, 19.

Be the task as hard as it may. Mason, Eng. Gram.:«, § 487. c) clauses of alternative hypothesis or disjunctive concession. See my Gram. of Late Mod. Eng., Ch. XVII, 99. I charge thee walt upon me whilst I live, | To do whatever Faustus shall command, | Be it to make the moon drop from her sphere | , Or th'ocean to o'erwhelm the world. Marlowe, Doet. F a u s t, III, 39. Succeed or fall, live or die, thy name shall be among those with whom success or fallure is alike glorious, death or life allke desirable. Scott, A b b o t, Ch. IX, 90.

One peculiarlty of his black clothes and hls black stockings, be they silk or worsted, is that they never shine. Dick, Bleak House, Ch. II, 7.

Come luck or misfortune, good repute or bad, honour or shame, he (sc. the dog) is going to stick to you, to comfort you. Jbrome, Idle Thoughts, VIII, 126.

N o t e. It may be observed that in Shakespearè the use of such sentences as substitutes for conditional or concessive clauses is also extended to the lst and 2nd persons.