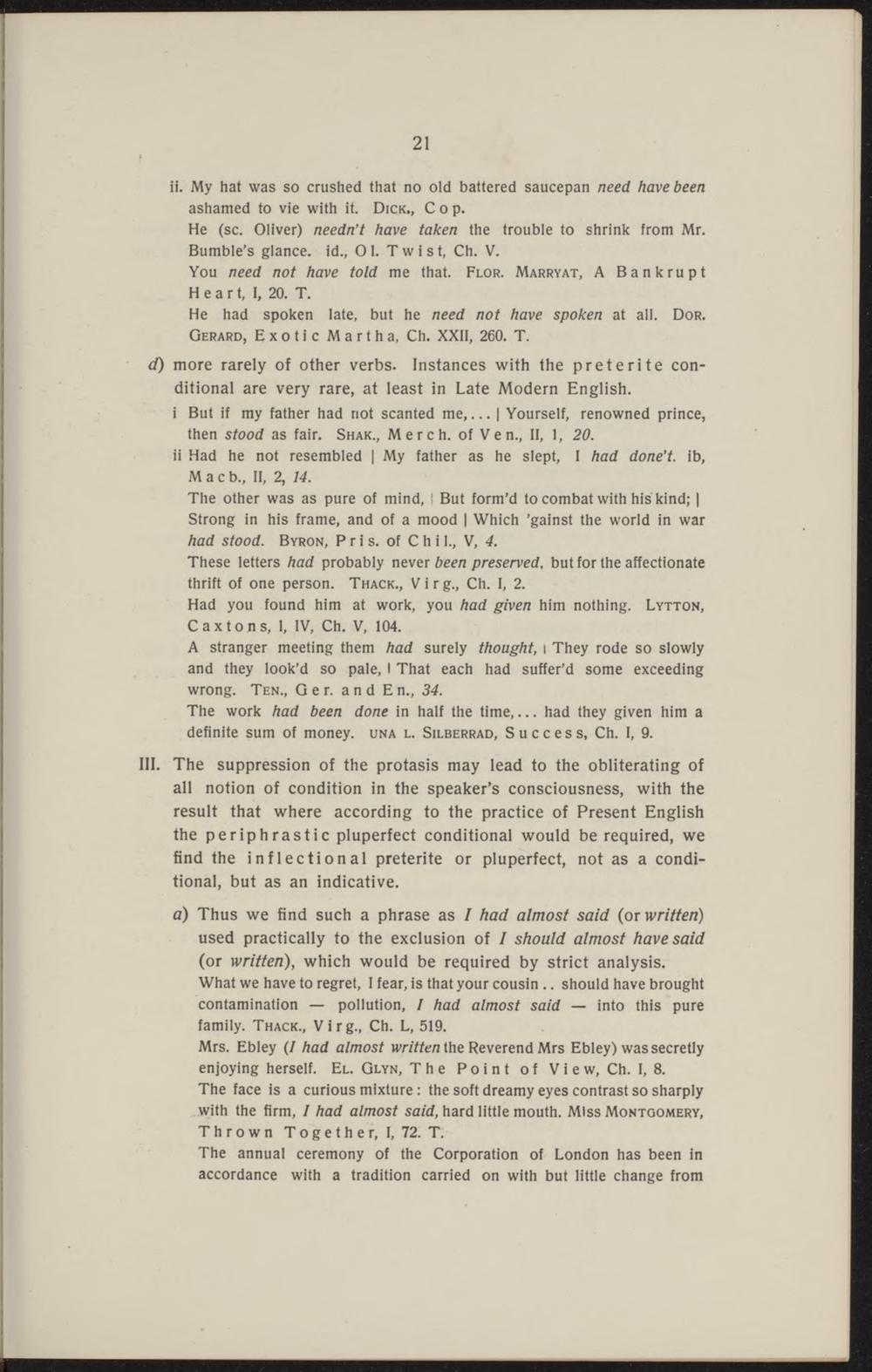 li. My bat was so crushed that no old battered saucepan need have been ashamed to vie with it. Dick, C o p.

more rarely of other verbs. Instances with the preterite conditional are very rare, at least in Late Modern English. I But if my father had not scanted me,... | Yourself, renowned prince,

These letters had probably never been preserved, but for the affectionate thrift of one person. Thack., VI r g., Ch. I, 2. Had you found him at work, you had gtven him nothing. Lytton, Caxtons, I, IV, Ch. V, 104.

A stranger meeting them had surely thought, l They rode so slowly and they look'd so pale, I That each had suffer'd some exceeding wrong. Ten, Ger. and En., 34.

The work had been done in half the time,... had they given him a definite sum of money. una l. Silberrad, Success, Ch. I, 9.

The suppression of the protasis may lead to the obliterating of all notion of condition in the speaker's consciousness, with the result that where according to the practice of Present English the periphrastic pluperfect conditional would be required, we find the inflectional preterite or pluperfect, not as a conditional, but as an indicative.

a) Thus we find such a phrase as I had almost said (or written) used practically to the exclusion of / should almost have said (or written), which would be required by strict analysis. What we have to regret, I fear, is that your cousin.. should have brought contaminatlon — pollution, / had almost said — Into this'pure family. Thack., VIrg., Ch. L, 519.

Mrs. Ebley (ƒ had almost written the Reverend Mrs Ebley) was secretly enjoying herself. El. Glyn, The Point of View, Ch. I, 8. The face is a curious mixture: the soft dreamy eyes contrast so sharply with the firm, I had almost said, hard little mouth. Miss Montoomery, Thrown Toge th er, I, 72. T.