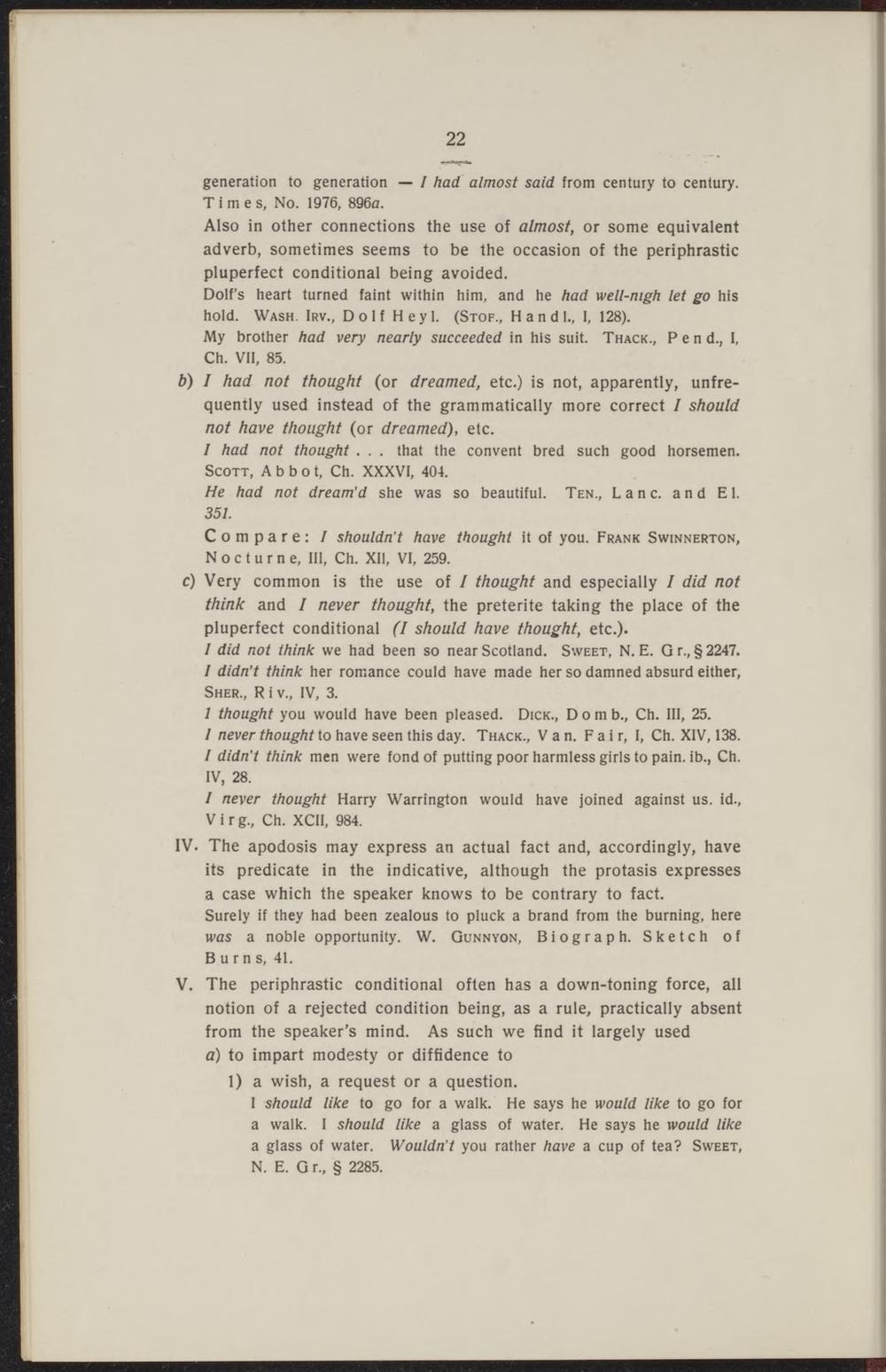 Also in other connections the use of almost, or some equivalent adverb, sometimes seems to be the occasion of the periphrastic pluperfect conditional being avoided.

Compare: / shouldn't have thought it of you. Frank Swinnerton, Nocturne, III, Ch. XII, VI, 259. e) Very common is the use of / thought and especiaily / did not think and / never thought, the preterite taking the place of the pluperfect conditional (I should have thought, etc). / did not think we had been so near Scotland. Sweet, N. E. O r, § 2247. / didn't think her romance could have made her so damned absurd either, Sher., R i v, IV, 3.

/ never thought Harry Warrington would have joined against us. id, Virg, Ch. XCII, 984.

IV. The apodosis may express an actual fact and, accordingly, have its predicate in the indicative, although the protasis expresses a case which the speaker knows to be contrary to fact.

Surely if they had been zealous to pluck a brand from the burnlng, here was a noble opportunlty. W. Gunnyon, Biograph. Sketch of Burns, 41.

V. The periphrastic conditional often has a down-toning force, all notion of a rejected condition being, as a rule, practicaOy absent from the speaker's mind. As such we find it largely used

a) to impart modesty or diffidence to 1) a wish, a request or a question.