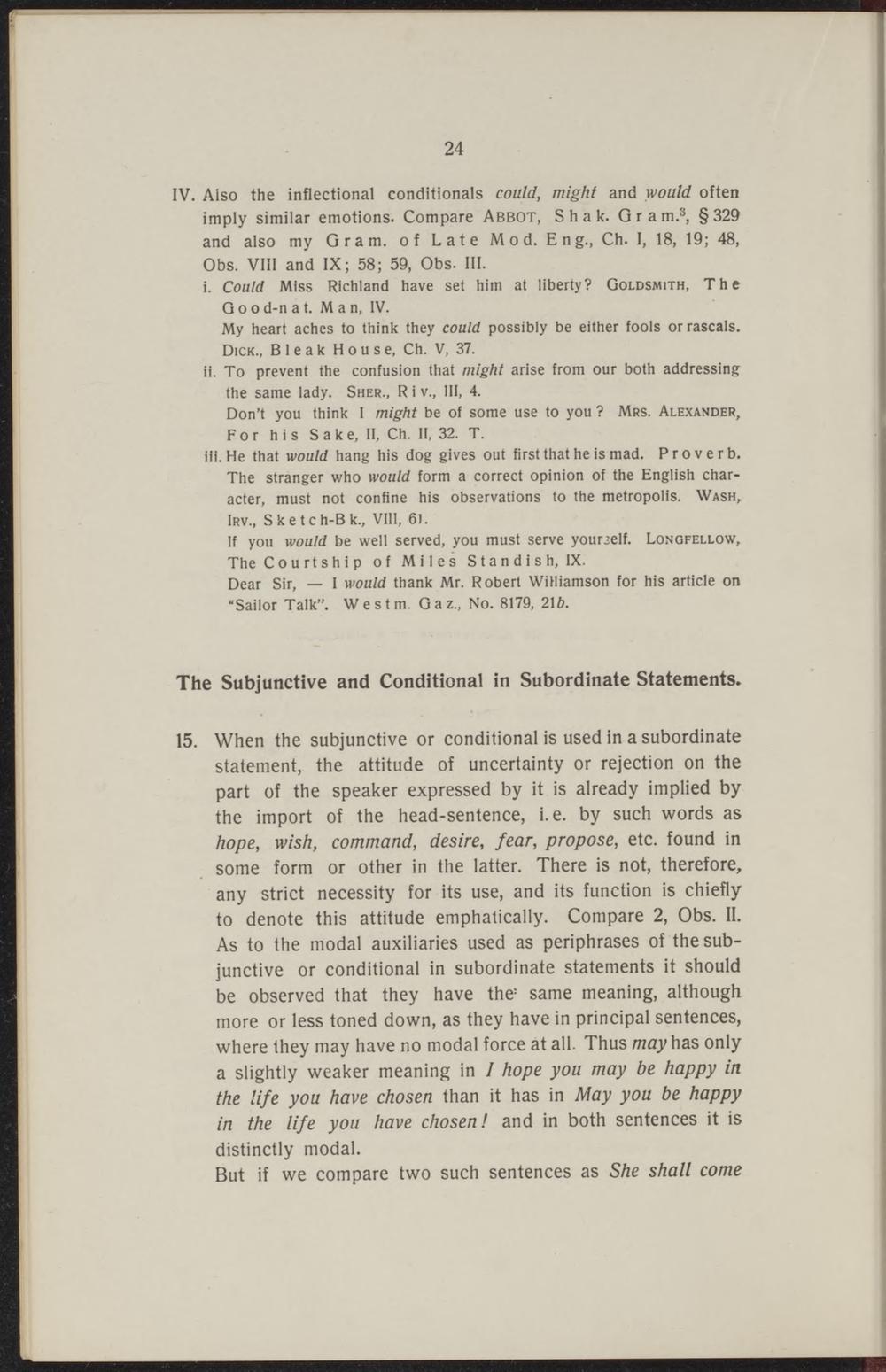 1. Could Miss Richland have set him at liberty? Goldsmith, The G o o d-n at. Man, IV.

My heart aches to think they could possibly be either fools orrascals. Dick., B1 e a k H o u s e, Ch. V, 37. ii. To prevent the confusion that might arise from our both addressing the same lady. Sher, R i v, III, 4.

Don't you think I might be of some use to you ? Mrs. Alexander, For his Sake, II, Ch. II, 32. T. ili. He that would hang his dog gives out first that he is mad. P r o v e r b. The stranger who would form a correct opinion of the English character, must not conflne his observations to the metropolis. Wash, Irv, Sketch-Bk., VIII, 61.

If you would be well served, you must serve yourself. Lonofellow, TheCourtship of Mi les Standish, IX. Dear Sir, — I would thank Mr. Robert Williamson for his article on •Sailor Talk". Westm. Gaz, No. 8179, 21o.

The Subjunctive and Conditional in Subordinate Statements.

15. When the subjunctive or conditional is used in a subordinate statement, the attitude of uncertainty or rejection on the part of the speaker expressed by it is already implied by the import of the head-sentence, i.e. by such words as hope, wish, command, desire, fear, propose, etc. found in some form or other in the latter. There is not, therefore, any strict necessity for its use, and its function is chiefly to denote this attitude emphatically. Compare 2, Obs. U. As to the modal auxiliaries used as periphrases of the subjunctive or conditional in subordinate statements it should be observed that they have the5 same meaning, although more or less toned down, as they have in principal sentences, where they may have no modal force at all. Thus may has only a slightly weaker meaning in / hope you may be happy in the life you have chosen than it has in May you be happy in the life you have chosen! and in both sentences it is distinctly modal.

But if we compare two such sentences as She shall come