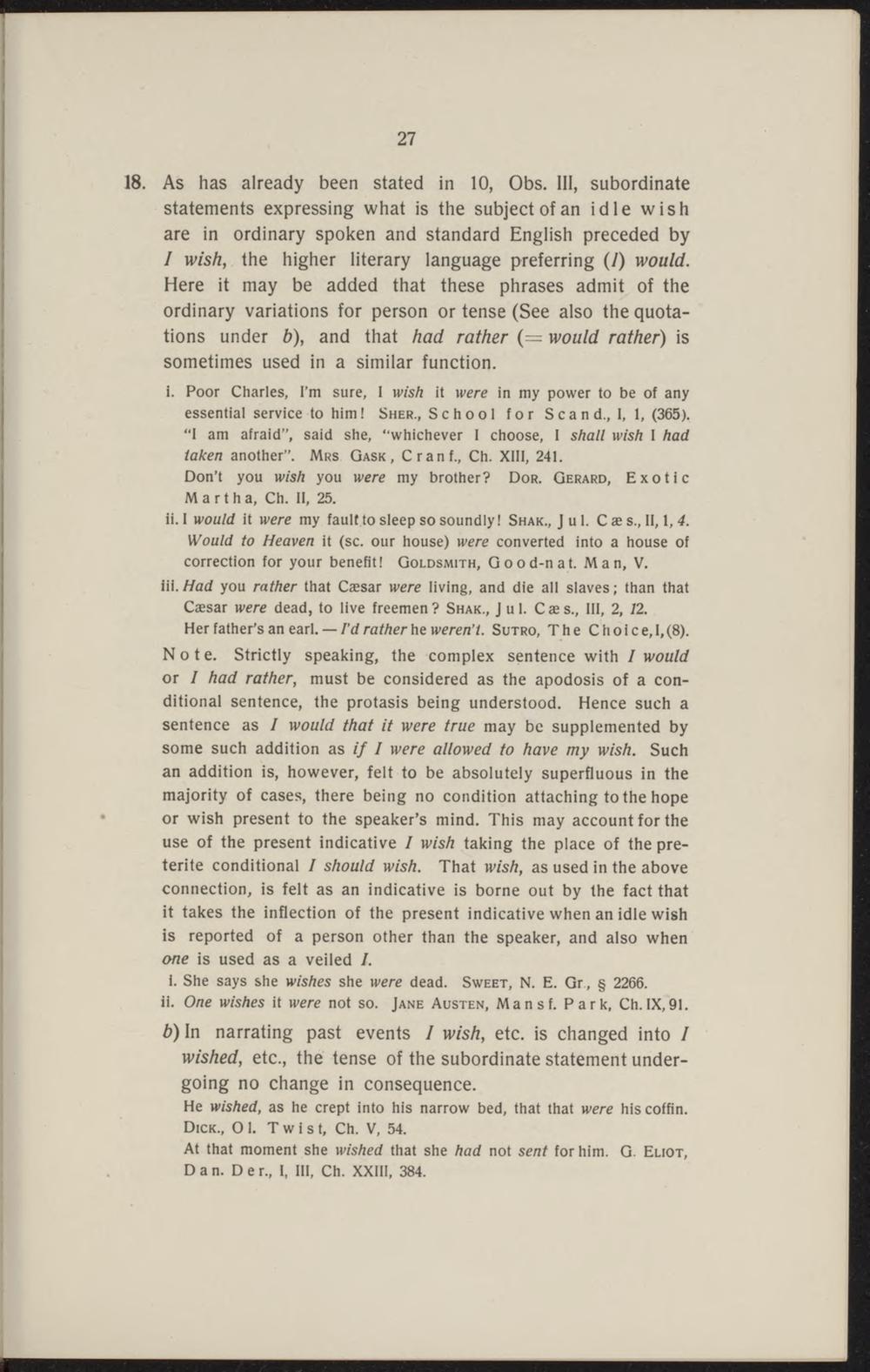 As has already been stated in 10, Obs. III, subordinate statements expressing what is the subject of an idle wish are in ordinary spoken and Standard English preceded by I wish, the higher literary language preferring (/) would. Here it may be added that these phrases admit of the ordinary variations for person or tense (See also the quotations under b), and that had rather (= would rather) is sometimes used in a similar function.

ii. I would it were my fault.to sleep so soundly I Shak, J u 1. C ae s, II, 1,4. Would to Heaven it (sc. our house) were converted into a house of correction for your benefitI Goldsmith, Good-nat. Man, V.

Her father's an earl. — I'd rather he weren'i. Sutro, The Choice,I,(8). Note. Strictly speaking, the complex sentence with / would or / had rather, must be considered as the apodosis of a conditional sentence, the protasis being understood. Hence such a sentence as / would that it were true may be supplemented by some such addition as if I were allowed to have my wish. Such an addition is, however, feit to be absolutely superfluous in the majority of cases, there being no condition attaching to the hope or wish present to the speaker's mind. This may account for the use of the present indicative I wish .taking the place of the preterite conditional / should wish. That wish, as used in the above connection, is feit as an indicative is borne out by the fact that it takes the inflection of the present indicative when an idle wish is reported of a person other than the speaker, and also when one is used as a veiled I.

b) In narrating past events / wish, etc. is changed into / wished, etc, the tense of the subordinate statement undergoing no change in consequence.