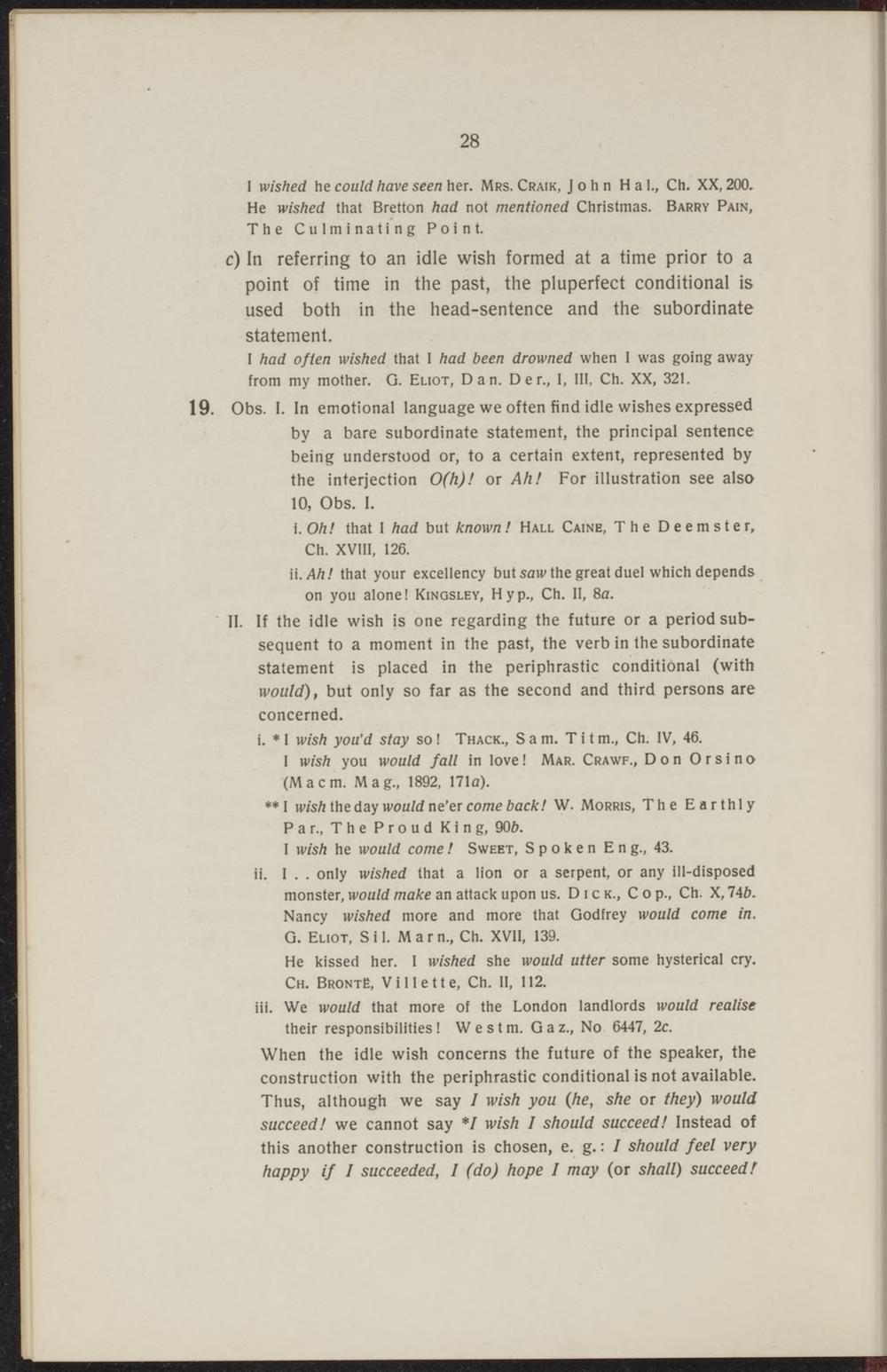 I wished he could have seen her. Mrs. Craik, John Hal., Ch. XX, 200. He wished that Bretton had not mentioned Christmas. Barry Pain, The C u lm i nating Point.

c) In referring to an idle wish formed at a time prior to a point of time in the past, the pluperfect conditional is used both in the head-sentence and the subordinate statement.

I had often wished that I had been drowned when I was going away from my mother. G. Eliot, Dan. Der, I, Ut, Ch. XX, 321. Obs. I. In emotional language we often find idle wishes expressed by a bare subordinate statement, the principal sentence being understood or, to a certain extent, represented by the interjection 0(h)! or Ah! For illustration see also

11. Ah! that your excellency butsawthegreatduel which depends on you alone I Kinosley, H y p, Ch. II, 8a.

II. If the idle wish is one regarding the future or a period subsequent to a moment in the past, the verb in the subordinate statement is placed in the periphrastic conditiónal (with would), but only so far as the second and third persons are concerned.

iii. We would that more of the London landlords would realise their responsibilitiesI Westm. Gaz, No 6447, 2c.

When the idle wish concerns the future of the speaker, the construction with the periphrastic conditional is not available. Thus, although we say / wish you (he, she or they) would succeedl we cannot say */ wish I should succeedl Instead of this another construction is chosen, e. g.: I should feel very happy tf I succeeded, I (do) hope I may (or shall) succeed!