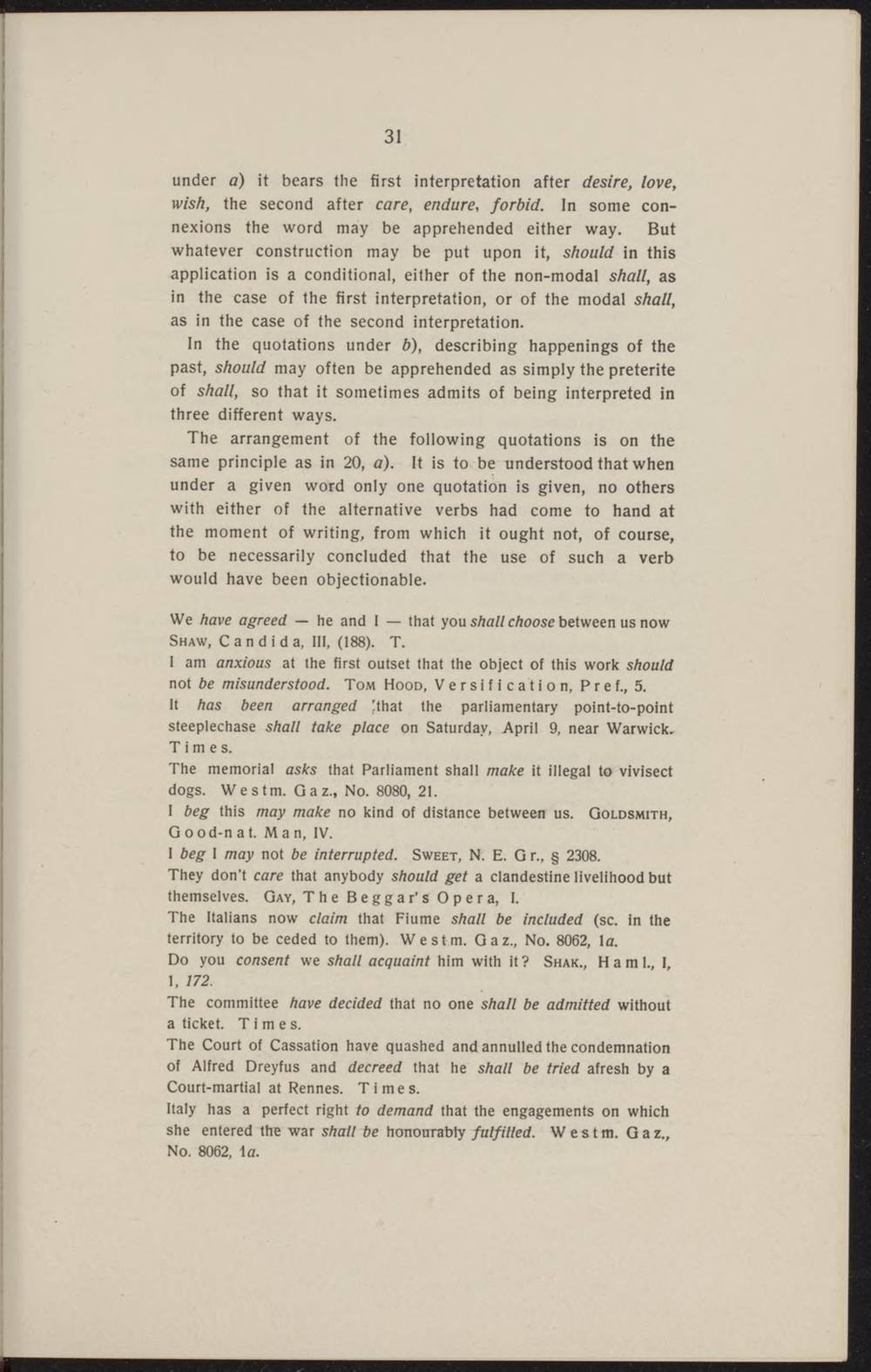 In the quotations under b), describing happenings of the past, should may often be apprehended as simply the preterite of shall, so that it sometimes admits of being interpreted in three different ways.

The arrangement of the following quotations is on the same principle as in 20, a). It is to be understood that when under a given word only one quotation is given, no others with either of the alternative verbs had come to hand at the moment of writing, from which it ought not, of course, to be necessarily concluded that the use of such a verb would have been objectionable.

I am anxious at the first outset that the object of this work should not be misunderstood. Tom Hood, V e r s i f i c a t i o n, P r e f, 5. It has been arranged 'that the parliamentary point-to-point steeptechase shall take place on Saturday, April 9, near Warwick. Times.

The memorial asks that Parliament shall make it illegal to vivisect dogs. Westm. Gaz., No. 8080, 21.

I beg this may make no kind of distance between us. Goldsmith, Good-nat. Man, IV.

They don't care that anybody should get a clandestine llvelihood but

themselves. Gay, The Beggar's Opera, I.

The Italians now claim that Fiume shall be included (sc. In the

Do you consent we shall aequaint him with It? Shak, Ha ml., F,

The committee have decided that no one shall be admitted without a ticket. Times.

The Court of Cassation have quashed and annulled the condemnation of Aifred Dreyfus and decreed that he shall be tried afresh by a Court-martial at Rennes. Times.

Itaty has a perfect right to demand that the engagements on which she enteredUre war shall be liunuuiabry fittfitted. Westm. Gaz., No. 8062, la.