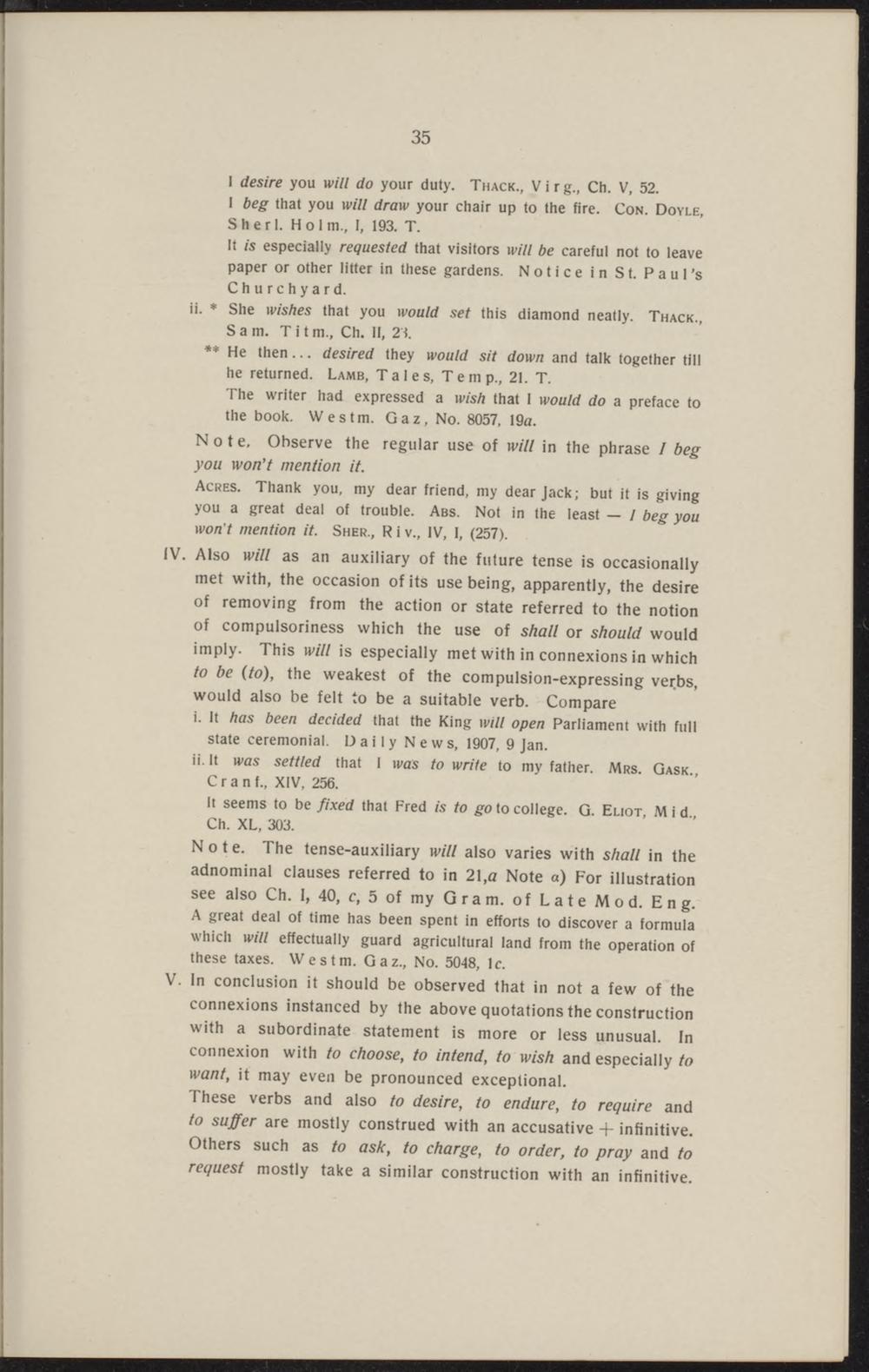 I beg that you will draw your chair up to the fire. Con. Doyle,

It is especially requested that visitors will be careful not to leave paper or other lifter in these gardens. Notice in St. PauI's Churchyard.

IV. Also will as an auxiliary of the future tense is occasionally met with, the occasion of its use being, apparently, the desire of removing from the action or state referred to the notion of compulsoriness which the use of shall or should would imply. This will is especially met with in connexions in which to be (to), the weakest of the compulsion-expressing verbs, would also be feit to be a suitable verb. Compare

I. It has been decided that the King will open Parliament with full

state ceremonial. Daily News, 1907, 9 Jan. ii. It was settled that I was to write to my father. Mrs Gask

Note. The tense-auxiliary will also varies with shall in the adnominal clauses referred to in 21,a Note a) For illustration see also Ch. I, 40, c, 5 of my Gram. of Late Mod. Eng. A great deal of time has been spent in efforts to discover a formula which will effectually guard agricultural land from the operation of these taxes. W e s t m. G a z, No. 5048, 1 c.

V. In conclusion it should be observed that in not a few of the connexions instanced by the above quotations the construction with a subordinate statement is more or less unusual. In connexion with to choose, to intend, to wish and especially to want, it may even be pronounced exceptional.

These verbs and also to desire, to endure, to require and to suffer are mostly construed with an accusative + infinitive. Others such as to ask, to charge, to order, to pray and to request mostly take a similar construction with an infinitive.