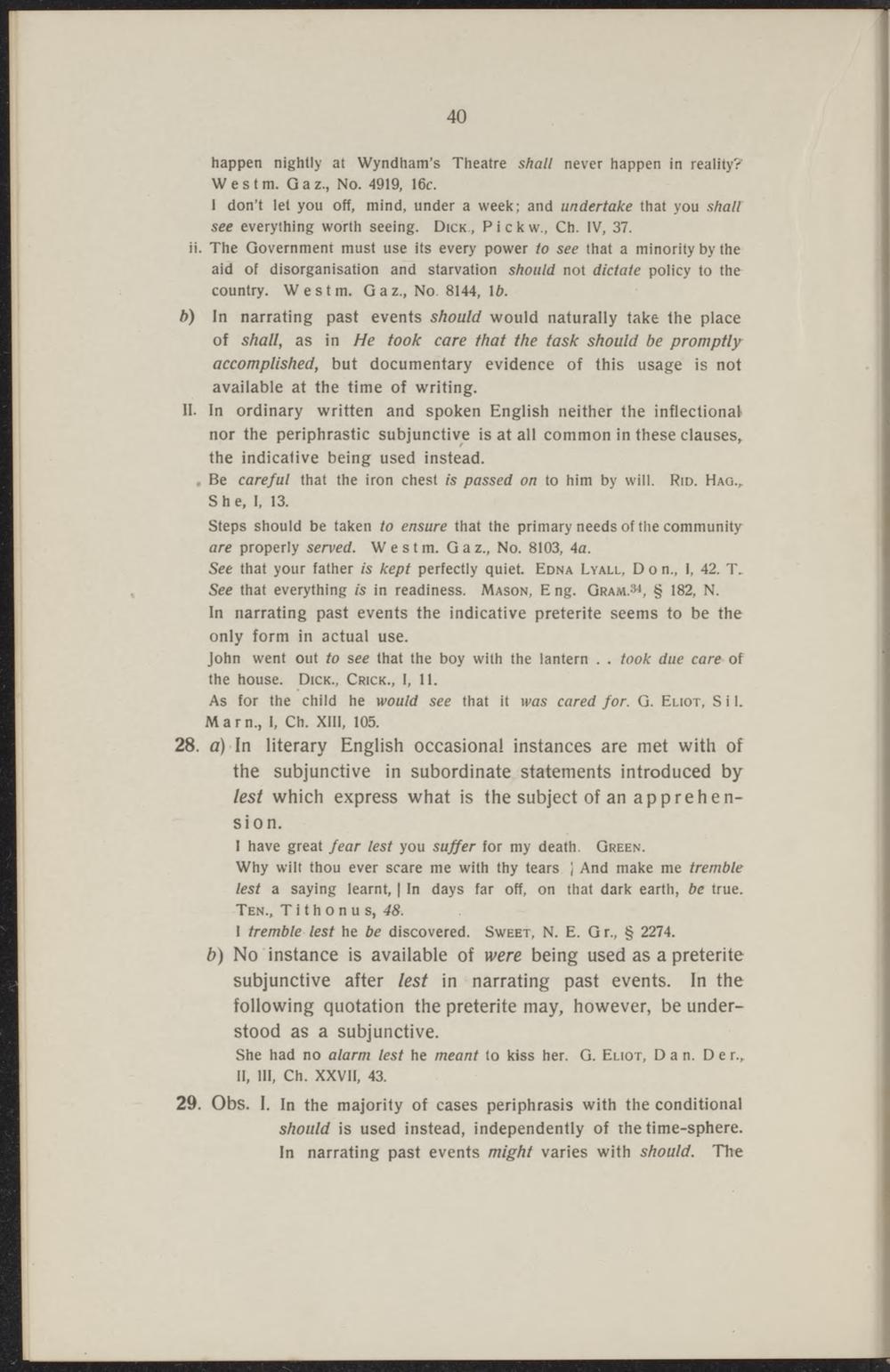 I don't let you off, mind, under a week; and undertake that you shall

see everything worth seeing. Dick, P i c k w, Ch. IV, 37. ii. The Government must use its every power to see that a minority by the

aid of disorganisation and starvation should not dictate policy to the

country. Westm. Gaz, No. 8144, \b. b) In narrating past events should would naturally take the place

of shall, as in He took care that the task should be promptly

accomplished, but documentary evidence of this usage is not

available at the time of writing. II. In ordinary written and spoken English neither the inflectional

nor the periphrastic subjunctive is at all common in these clauses,

the indicative being used instead. i Be careful that the iron chest is passed on to him by will. Rid. Hao,

Steps should be taken to ensure that the primary needs of the community are properiy served. Westm. Gaz, No. 8103, 4a. See that your father is kept perfectly quiet. Edna Lyall, D o n, I, 42. T. See that everything is in readiness. Mason, Eng. Gram.34, § 182, N. In narrating past events the indicative preterite seems to be the only form in actual use.

28. a) In literary English occasional instances are met with of

the subjunctive in subordinate statements introduced by lest which express what is the subject of an app re hension.

I have great fear lest you suffer tot my death. Green. Why wilt thou ever scare me with thy tears ] And make me tremble lest a saying learnt, | In days far off, on that dark earth, be true. Ten, T i t h o n u s, 48.

b) No instance is available of were being used as a preterite subjunctive after lest in narrating past events. In the following quotation the preterite may, however, be understood as a subjunctive.

29. Obs. I. In the majority of cases periphrasis with the conditional

should is used instead, independently of the time-sphere. In narrating past events might varies with should. The