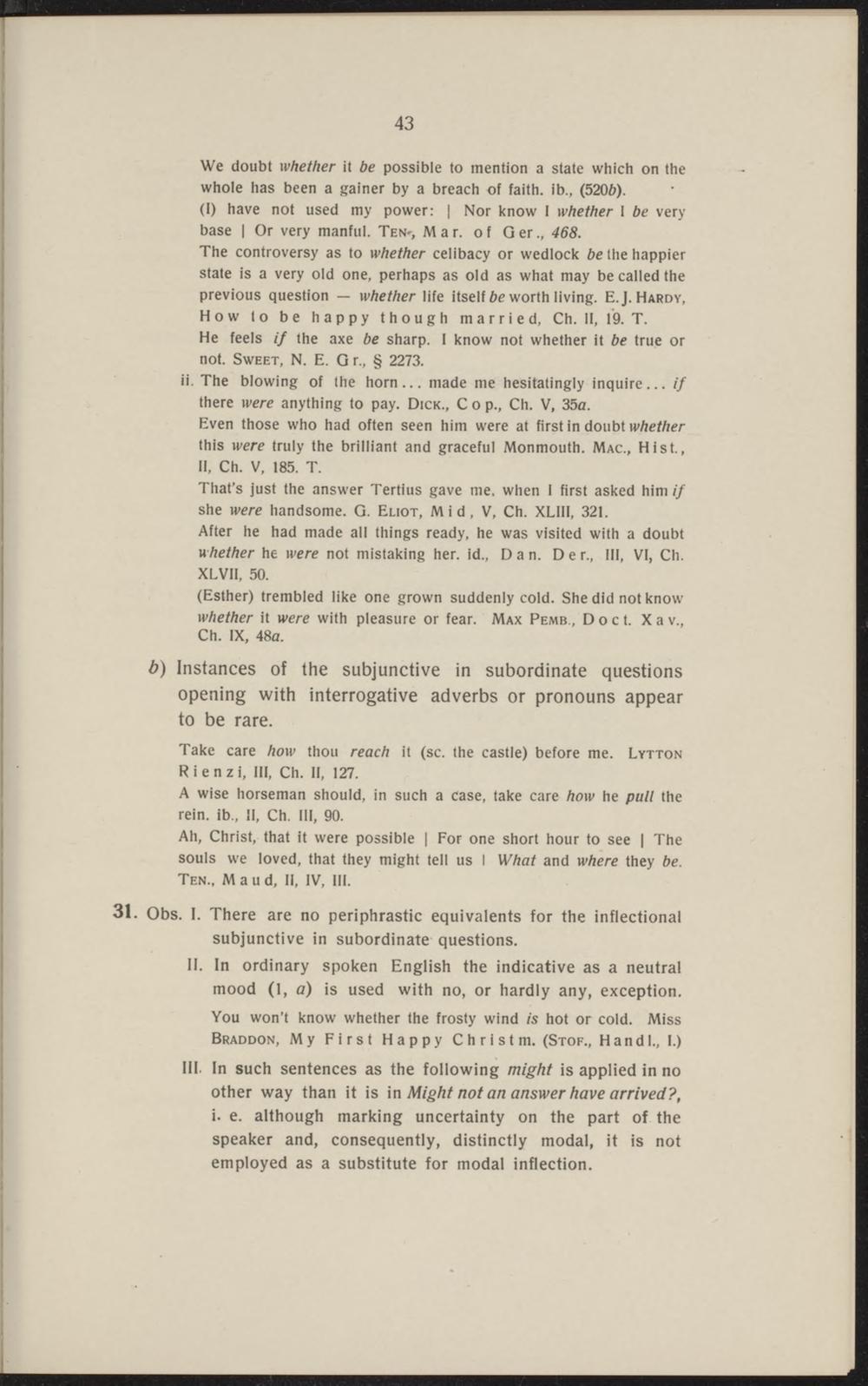 That's just the answer Tertius gave me, when I first asked him if she were handsome. G. Eliot, Mid, V, Ch. XLIII, 321. After he had made all things ready, he was visited with a doubt whether he were not mistaking her. id. Dan. Der, III, VI, Ch. XLVII, 50.

(Esther) trembled like one grown suddenly cold. She did not know whether it were with pleasure or fear. Max Pemb, Doet. X a v, Ch. IX, 48a.

b) Instances of the subjunctive in subordinate questions opening with interrogative adverbs or pronouns appear to be rare.

Ah, Christ, that It were possible | For one short hour to see | The souls we loved, that they might teil us I What and where they 6e. Ten, M a u d, II, IV, III.

Obs. I. There are no periphrastic equivalents for the inflectional subjunctive in subordinate- questions.

II. In ordinary spoken English the indicative as a neutral mood (1, a) is used with no, or hardly any, exception. You won't know whether the frosty wind is hot or cold. Miss Braddon, My First Happy Cbristm. (Stof, Handl, I.)

III. In such sentences as the following might is applied in no other way than it is in Might not an answer have arrived?, i. e. although marking uncertainty on the part of the speaker and, consequently, distinctly modal, it is not employed as a substitute for modal inflection.