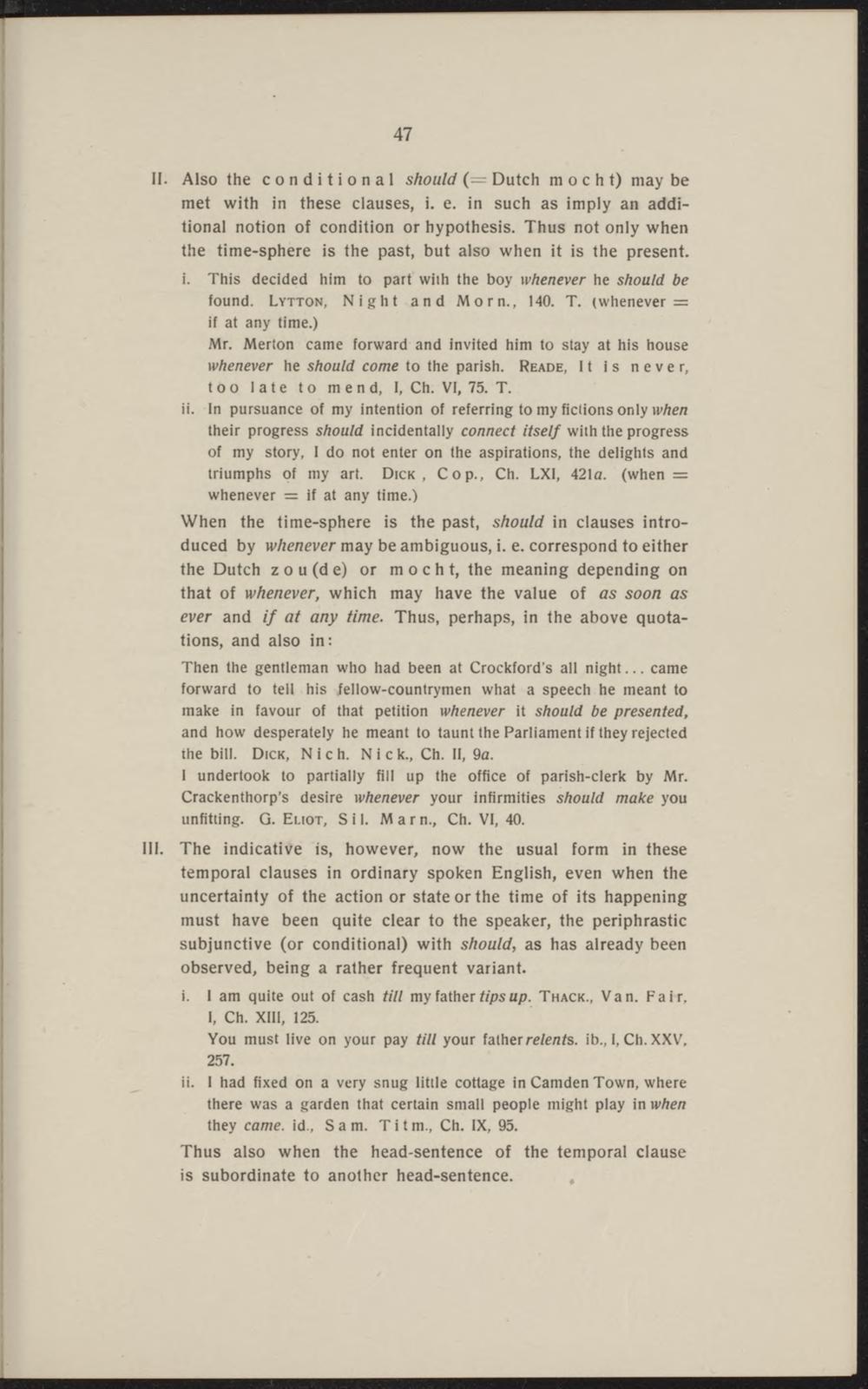 Also the conditional should (- Dutch mocht) may be met with in these clauses, i. e. in such as imply an additional notion of condition or hypothesis. Thus not only when the time-sphere is the past, but also when it is the present.

ii. In pursuance of my intention of referring to my ficiions only when their progress should inddentally connect itself with the progress of my story, I do not enter on the aspirations, the delights and triumphs of my art. Dick, Cop., Ch. LXI, 421a. (when = whenever = if at any time.)

When the time-sphere is the past, should in clauses introduced by whenever may be ambiguous, i. e. correspond to either the Dutch z o u (d e) or mocht, the meaning depending on that of whenever, which may have the value of as soon as ever and if at any time. Thus, perhaps, in the above quotations, and also in:

Then the gentleman who had been at Crockford's all night... came forward to teil his fellow-countrymen what a speech he meant to make in favour of that petltlon whenever it should be presented, and how desperately he meant to taunt the Parliament if they rejected the bill. Dick, Nich. Nick., Ch. II, 9a.

I undertook to partially fill up the office of parish-clerk by Mr. Crackenthorp's desire whenever your infirmities should make you unfitting. G. Eliot, SiI. Mam., Ch. VI, 40.

The indicative is, however, now the usuai form in these temporal clauses in ordinary spoken English, even when the uncertainty of the action or state or the time of its happening must have been quite clear to the speaker, the periphrastic subjunctive (or conditional) with should, as has already been observed, being a rather frequent variant.

You must live on your pay till your fatherrelents. ib, I, Ch.XXV, 257.

ii. I had fixed on a very snug little cottage in Camden Town, where there was a garden that certain small people might play in when they came. ii., Sam. Titm, Ch. IX, 95.