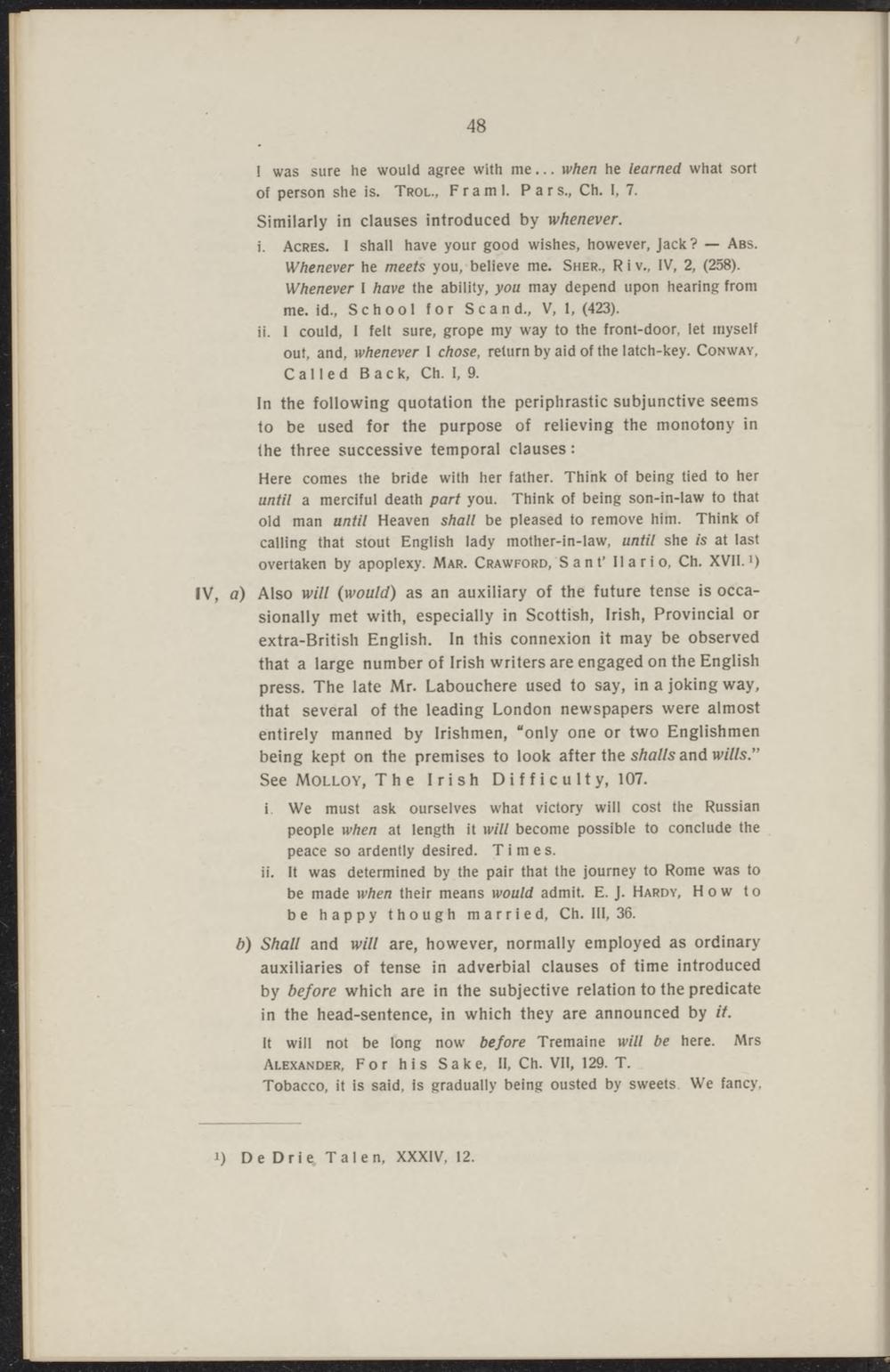 Similarly in clauses introduced by whenever.

ii. I could, I feit sure, grope my way to the front-door, let mysetf out, and, whenever I chose, return by aid of the latch-key. Conway, Called Back, Ch. I, 9.

In the following quotalion the periphrastic subjunctive seems to be used for the purpose of relieving the monotony in the three successive temporal clauses:

Here comes the bride with her father. Think of being tied to her until a merciful death part you. Think of being son-in-law to that old man until Heaven shall be pleased to remove him. Think of calling that stout English lady mother-in-law, until she is at last overtaken by apoplexy. Mar. Crawpord, 'Sant' II ar i o. Ch. XVII.')

IV, a) Also will (would) as an auxiliary of the future tense is occasionally met with, especially in Scottish, Irish, Provincial or extra-British English. In this connexion it may be observed that a large numberof Irish writers are engagedon the English press. The late Mr. Labouchere used to say, in a joking way, that several of the leading London newspapers were almost entirely manned by Irishmen, "only one or two Englishmen being kept on the premises to look after the shalls and wills." See Molloy, The Irish Difficulty, 107.

i. We must ask ourselves what victory will cost the Russian people when af length it will become possible to conclude the peace so ardently desired. Times.

ii. li was determined by the pair that the journey to Rome was to be made when their means would admit. E. J. Hardy, How t o be happy though married, Ch. III, 36.

b) Shall and will are, however, normally employed as ordinary auxiliaries of tense in adverbial clauses of time introduced by before which are in the subjective relation to the predicate in the head-sentence, in which they are announced by it. It will not be fong now before Tremaine will be here. Mrs Alexander, For his Sake, II, Ch. VII, 129. T. Tobacco, it is said, is gradually being ousted by sweets We fancy,