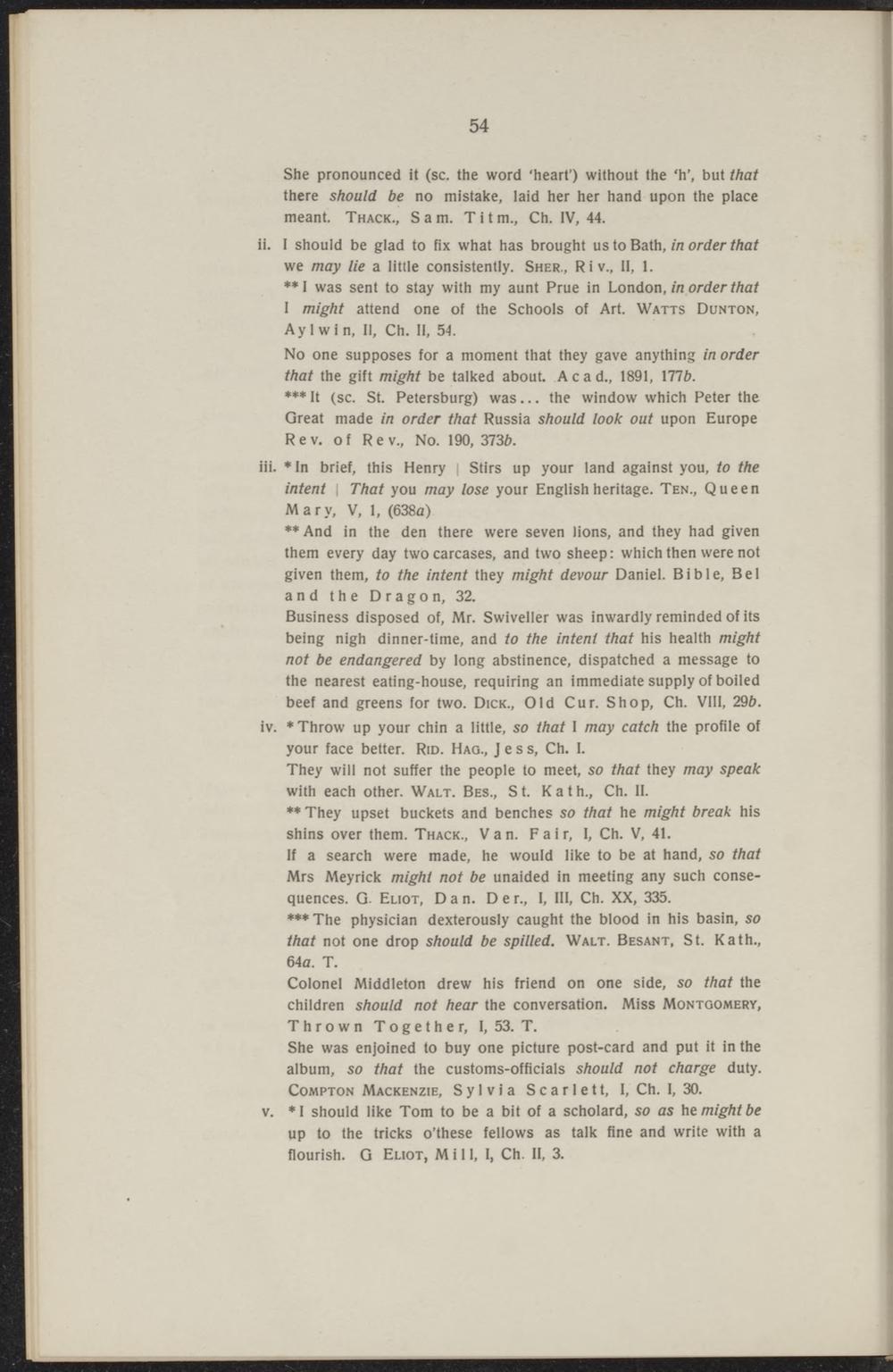 She pronounced it (sc the word 'heart') without the 'h', but that there should be no mistake, laid her her hand upon the place meant Thack, Sam. Titm, Ch. IV, 44. II. I should be glad to fix what has brought us to Bath, in order that we may lie a little consistently. Sher, Riv, II, 1. **I was sent to stay with my aunt Prue in London, in order that I might attend one of the Schools of Art. Watts Dunton, Aylwin, II, Ch. II, 54.

** And in the den there were seven lions, and they had given them every day twocarcases, and two sheep: which then were not given them, to the intent they might devour Daniël. Bib ie, Bel and the Dragon, 32.

Business disposed of, Mr. Swiveller was inwardly reminded of its being nigh dinner-time, and to the intent that his health might not be endangered by long abstinence, dispatched a message to the nearest eating-house, requiring an immediate supply of bolled beef and greens for two. Dick, Old Cur. Shop, Ch. VIII, 296.

** They upset buckets and benches so that he might break his

H a search were made, he would like to be at hand, so that

Mrs Meyrick might not be unaided in meeting any such conse-

***The physician dexterously caught the blood in his basin, so

that not one drop should be spilled. Walt. Besant, St. Kath,

Colonel Middleton drew his friend on one side, so that the children should not hear the conversation. Miss Montoomery, Thrown Together, I, 53. T.

She was enjoined to buy one picture post-card and put it in the album, so that the customs-officials should not charge duty. Compton Mackenzie, S y 1 v i a Scarlett, I, Ch. I, 30.