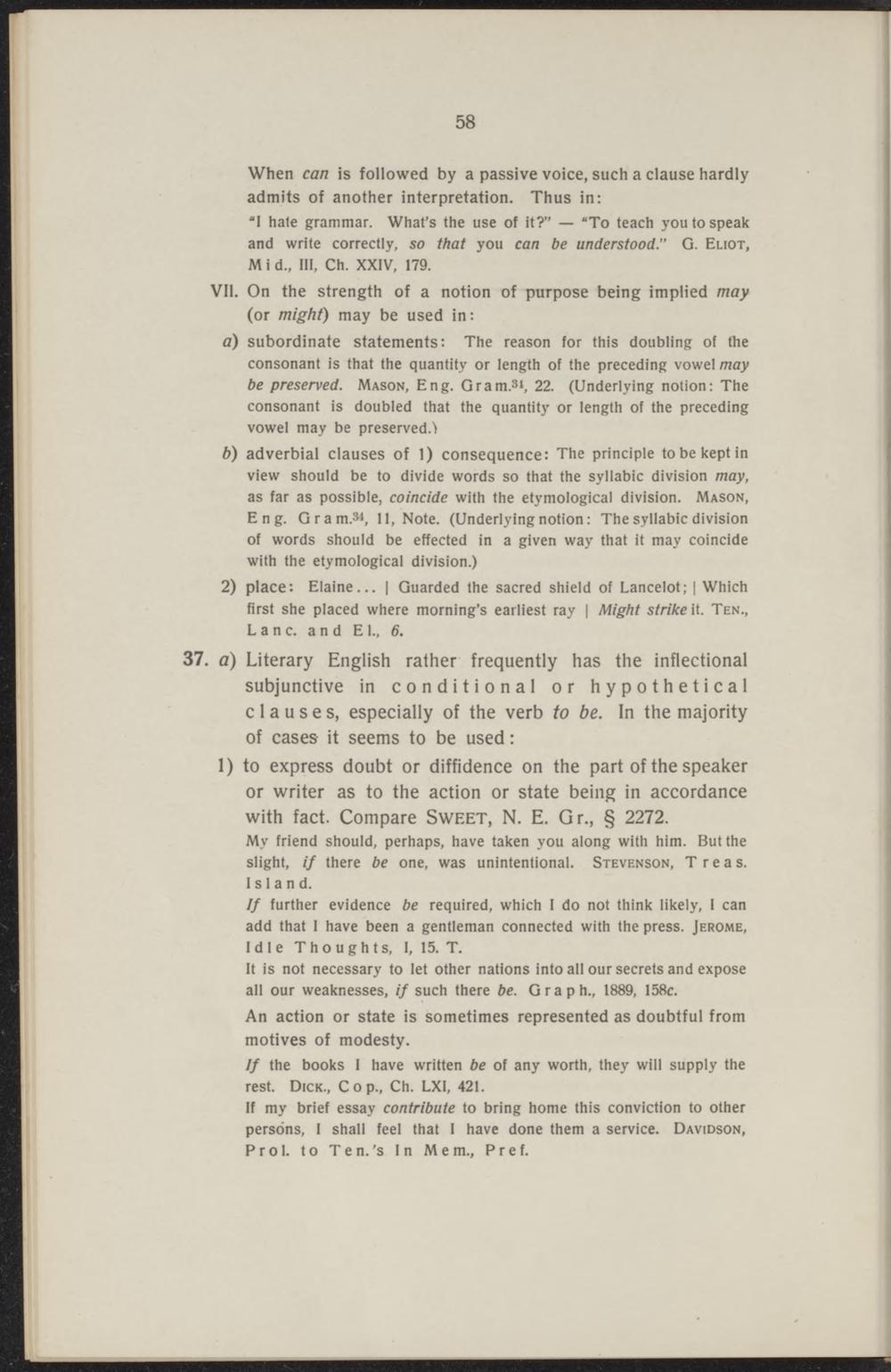 When can is followed by a passive voice, such a clause hardly admits of another interpretation. Thus in: *I hate grammar. What's the use of it?" — "To teach you to speak and write correctly, so that you can be understood." G. Eliot, M i d, III, Ch. XXIV, 179. VII. On the strength of a notion of purpose being implied may (or might) may be used in:

b) adverbial clauses of 1) consequence: The principle tobekeptin view should be to divide words so that the syllabic division may, as far as possible, coincide with the etymological division. Mason, Eng. Gram.34, 11, Note. (Underlying notion: The syllabic division of words should be effected in a given way that it may coincide with the etymological division.)

2) place: Elaine... | Guarded the sacred shield of Lancelot; | Which first she placed where morning's earliest ray | Might strike it. Ten, Lanc. and El, 6.

37. o) Literary English rather frequently has the inflectional subjunctive in conditional or hypothetical clauses, especially of the verb to be. In the majority of cases it seems to be used: 1) to express doubt or diffidence on the part of the speaker or writer as to the action or state being in accordance with fact. Compare Sweet, N. E. Gr., § 2272.

My friend should, perhaps, have taken you along with him. But the slight, if there be one, was unintentional. Stevenson, T r e a s. Isl a n d.

If further evidence be required, which I do not think likely, I can add that I have been a gentleman connected with thepress. Jerome, Idle Thoughts, I, 15. T.

It is not necessary to let other nations into all our secrets and exposé all our weaknesses, //such there be. Graph, 1889, 158c. An action or state is sometimes represented as doubtful from motives of modesty.

If my brief essay contribute to bring home this conviction to other persóns, I shall feel that I have done them a service. Davidson, Prol. to Ten.'s In Mem, Pref.