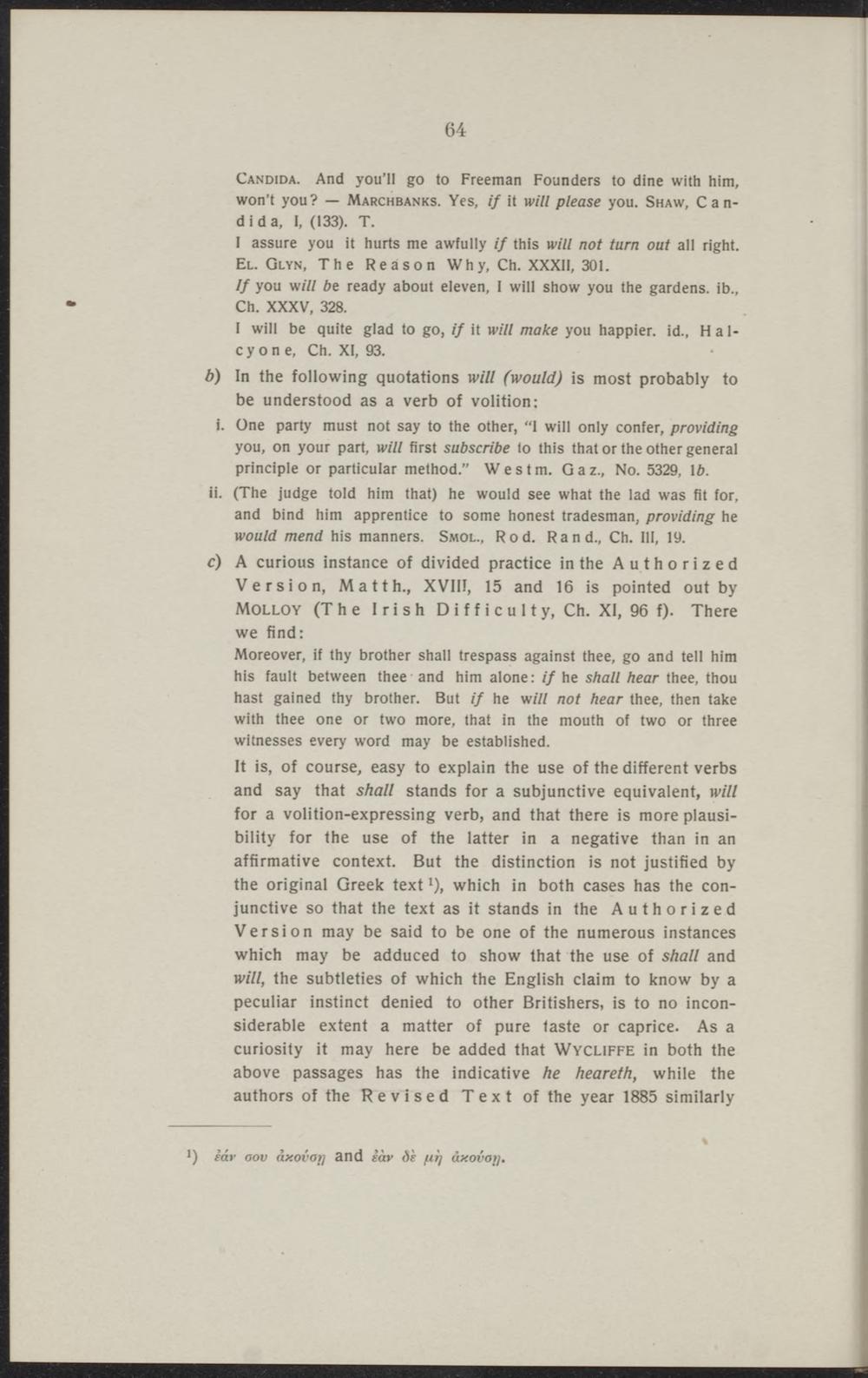 b) In the following quotations will (would) is most probably to be understood as a verb of volition:

I. One party must not say to the other, "I will only confer, providing you, on your part, wilt first subscribe to this that or the other genera! principle or particular method." Westm. Gaz, No. 5329, 16. II. (The judge told him that) he would see what the lad was fit for, and bind him apprenUce to some honest tradesman, providing he would mend his manners. Smol, R o d. Rand, Ch. III, 19.

Moreover, if thy brotber shall trespass against thee, go and teil him his fault between thee - and him alone: if he shall hear thee, thou hast gained thy brottier. But if he will not hear thee, then take with thee one or two more, that in the mouth of two or three witnesses every word may be established. It is, of course, easy to explain the use of the different verbs and say that shall stands for a subjunctive equivalent, will for a volition-expressing verb, and that there is more plausibility for the use of the latter in a negative than in an affirmative context. But the distinction is not justified by the original Greek text1), which in both cases has the conjunctive so that the text as it stands in the A u t h o r i z e d Version may be said to be one of the numerous instances which may be adduced to show that the use of shall and will, the subtleties of which the English claim to know by a peculiar instinct denied to other Britishers, is to no inconsiderable extent a matter of pure taste or caprice. As a curiosity it may here be added that Wycliffe in both the above passages has the indicative he heareth, while the authors of the R e v i s e d Text of the year 1885 similarly