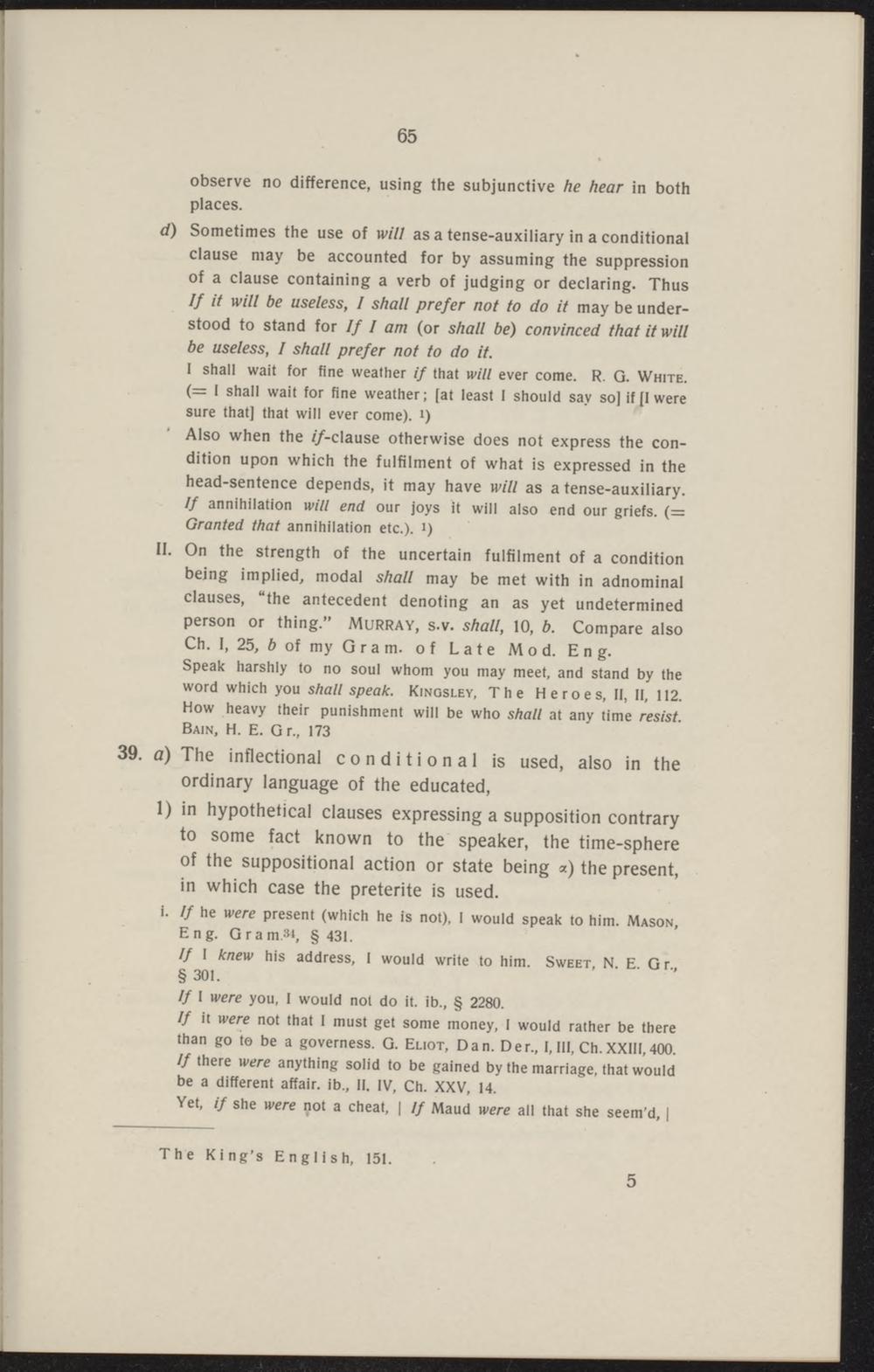 observe no difference, using the subjunctive he hear in both places.

Also when the //-clause otherwise does not express the condition upon which the fulfilment of what is expressed in the head-sentence depends, it may have will as a tense-auxiliary. If annihilation will end our Joys It will also end our griefs. (= Oranted that annihilation etc), i) II. On the strength of the uncertain fulfilment of a condition being implied, modal shall may be met with in adnominal clauses, "the antecedent denoting an as yet undetermlned person or thing." Murray, s.v. shall, 10, b. Compare also Ch. I, 25, ö of my Gram. of Late Mod. Eng. Speak harshly to no soul whom you may meet, and stand by the word which you shall speak. Kinosley, The He roes, II, II, 112. How heavy their punlshment will be who shall at any time reslst Bain, H. E. G r„ 173

a) The inflectional conditional is used, also in the

ordinary language of the educated, 1) in hypothetical clauses expressing a supposition contrary

to some fact known to the speaker, the time-sphere

of the suppositional action or state being «) the present,

in which case the preterite is used. i. /ƒ he were present (which he is not), I would speak to him. Mason,

if I knew his address, I would write to him. Sweet N E Gr

/ƒ it were not that I must get some money, I would rather be there

// there were anything solid to be gained by the marriage, that would