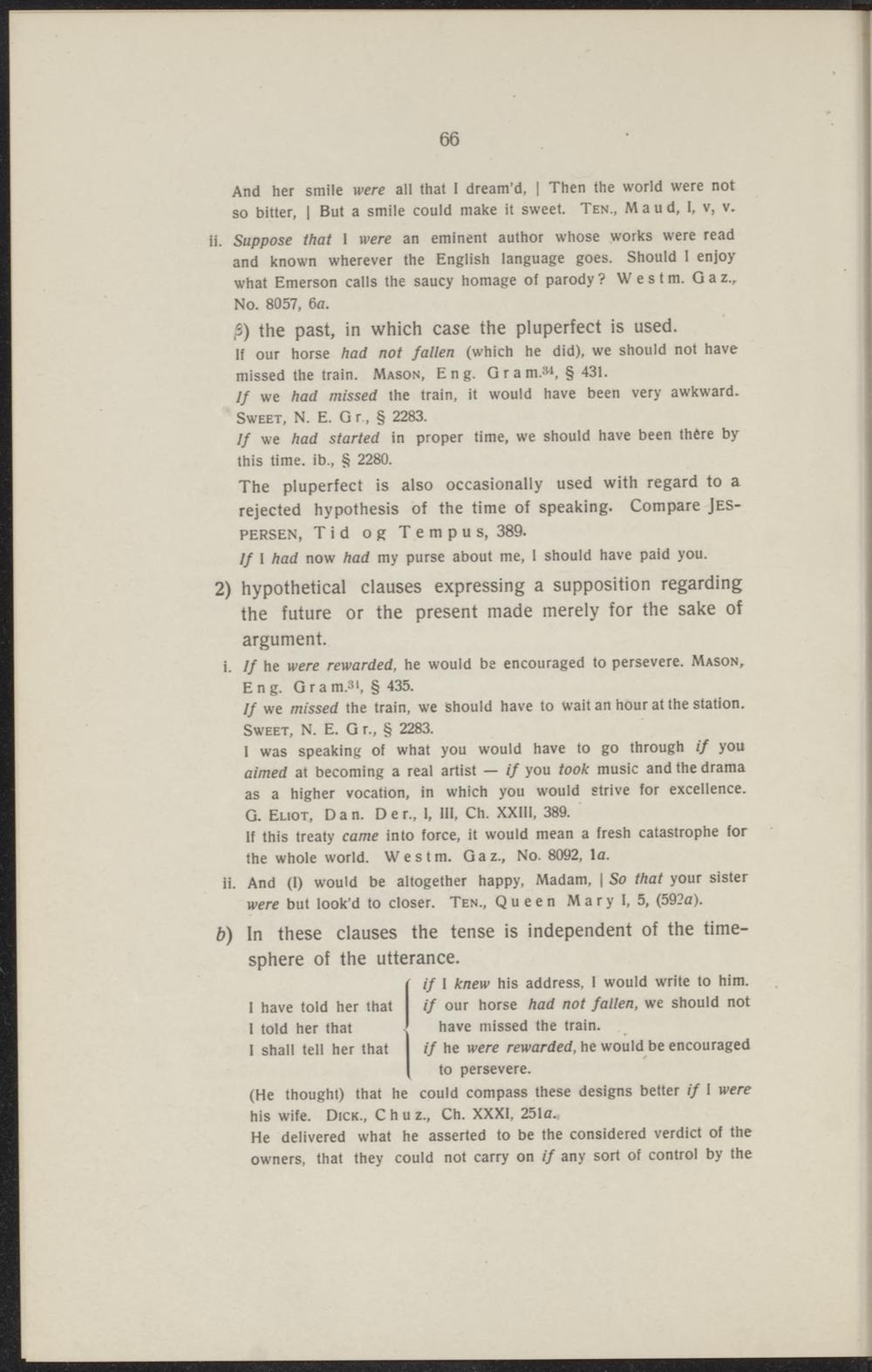 And her smlle were all that I dream'd, | Then the world were not so bitter, | But a smile could make it sweet Ten., M a u d, I, v, v. ii. Suppose that I were an eminent author whose works were read and known wherever the English language goes. Should I enjoy what Emerson calls the saucy homage of parody? Westm. Gaz., No. 8057, 6a.

The pluperfect is also occasionally used with regard to a rejected hypothesis óf the time of speaking. Compare jespersen, Tid og Tempus, 389.

If I had now had my purse about me, I should have paid you. 2) hypothetical clauses expressing a supposition regarding the future or the present made merely for the sake of argument.

I was speaking of what you would have to go through if you aimed at becoming a real artlst — If you took muslc and the drama as a higher vocation, in which you would strlve for excellence. G. Euot, Dan. Der, I, III, Ch. XXIII, 389. If this treaty came into force, it would mean a fresh catastrophe for the whole world. Westm. Gaz, No. 8092, la. H. And (I) would be altogether happy. Madam, | So that your sister

were but look'd to closer. Ten, Queen Maryl, 5, (592a). b) In these clauses the tense is independent of the timesphere of the utterance.

' if I knew his address, I would write to him. I have told her that if our horse had not fatten, we should not I told her that have missed the train.

I shall teil her that if he were rewarded, he would be encouraged to persevere.

(He thought) that he could compass these designs better if I were his wife. Dick, Chuz, Ch. XXXI, 251a.,

He delivered what he asserted to be the considered verdict of the owners, that they could not carry on if any sort of control by the