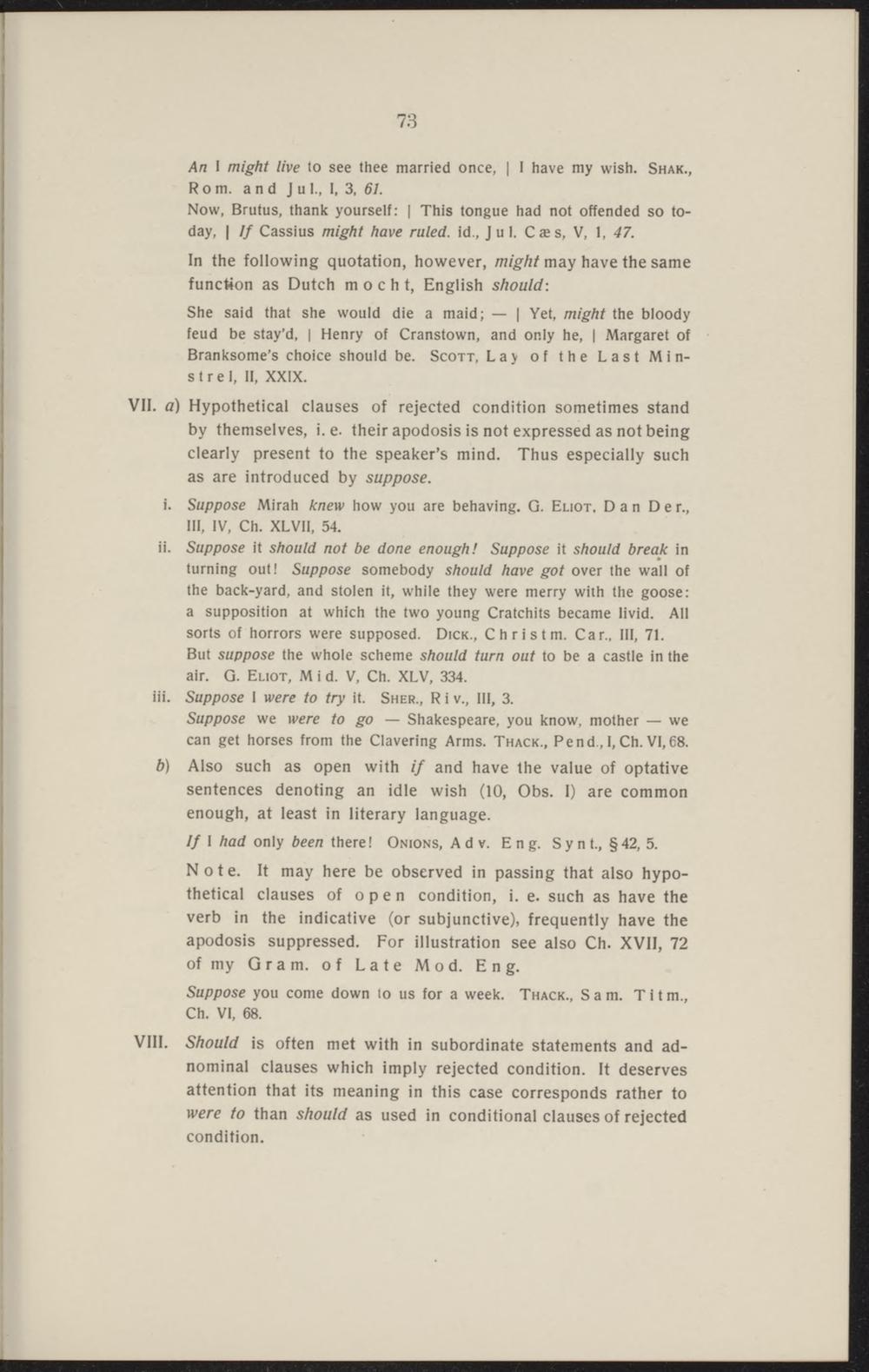 In the following quotation, however, might may have the same function as Dutch mocht, English should:

She said that she would die a maid; — | Yet, might the bloody feud be stay'd, | Henry of Cranstown, and only he, | Margaret of Branksome's choice should be. Scott, Lay of the Last Minst r e I, II, XXIX.

by themselves, i. e- their apodosis is not expressed as not being clearly present to the speaker's mind. Thus especially such as are introduced by suppose.

ii. Suppose it should not be done enough! Suppose it should break in turning outl Suppose somebody should have got over the wall of the back-yard, and stolen it, while they were merry with the goose: a supposition at which the two young Cratchits became livid. All sorts of horrors were supposed. Dick, Christm. Car, III, 71. But suppose the whole scheme should turn out to be a castle in the air. G. Eliot, M i d. V, Ch. XLV, 334.

Suppose we were to go — Shakespeare, you know, mother — we can get horses from the Clavering Arms. Thack, Pend,I,Ch.VI,68. b) Also such as open with // and have the value of optative sentences denoting an idle wish (10, Obs. I) are common enough, at least in literary language. /ƒ I had only been there I Onions, Adv. Eng. S y n t, § 42, 5. Note. It may here be observed in passing that also hypothetical clauses of open condition, i. e. such as have the verb in the indicative (or subjunctive), frequently have the apodosis suppressed. For illustration see also Ch. XVII, 72 of my Gram. of Late Mod. Eng.