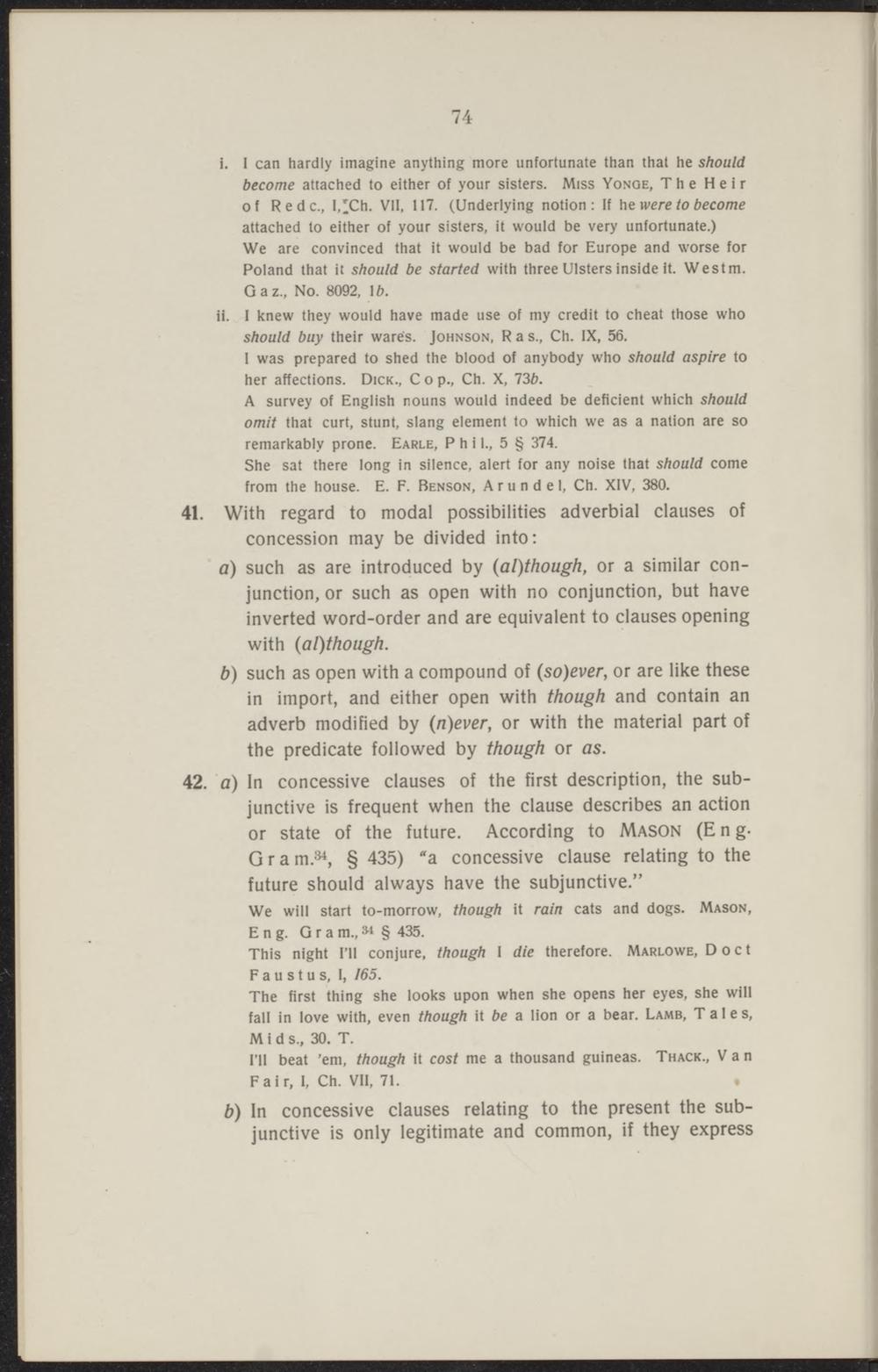 i. I can bardly imagine anything more unfortunate than that he should become attached to either of your sisters. Miss Yonoe, The H e I r of Rede, 1,'Cb. VII, 117. (Underlying notion: If he were to become attached to either of your sisters, it would be very unfortunate.) We are convinced that it would be bad for Europe and worse for Poland that It should be started with three Ulsters Inside it. Westm. Gaz, No. 8092, 16.

ii. I knew they would have made use of my credit to cheat those who should buy their wares. Johnson, R a s, Ch. IX, 56.

I was prepared to shed the blood of anybody who should asplre to her affections. Dick, C o p, Ch. X, 736.

A survey of English nouns would indeed be deficiënt which should omit that curt, stunt, slang element to which we as a nation are so remarkably prone. Earle, P h 11, 5 § 374.

41. With regard to modal possibilities adverbial clauses of

concession may be divided into:

a) such as are introduced by (aTythough, or a similar conjunction, or such as open with no conjunction, but have inverted word-order and are equivalent to clauses opening with (at)though.

b) such as open with a compound of (so)ever, or are like these in import, and either open with though and contain an adverb modified by (n)ever, or with the material part of the predicate followed by though. or as.

42. a) In concessive clauses of the first description, the sub¬

junctive is frequent when the clause d esc rib es an action or state of the future. Accordlng to Mason (Eng. G r a m.34, § 435) "a concessive clause relating to the future should always have the subjunctive." We will start to-morrow, though it rain cats and dogs. Mason, Eng. Gram,3* § 435.

b) In concessive clauses relating to the present the subjunctive is only legitimate and common, if they express