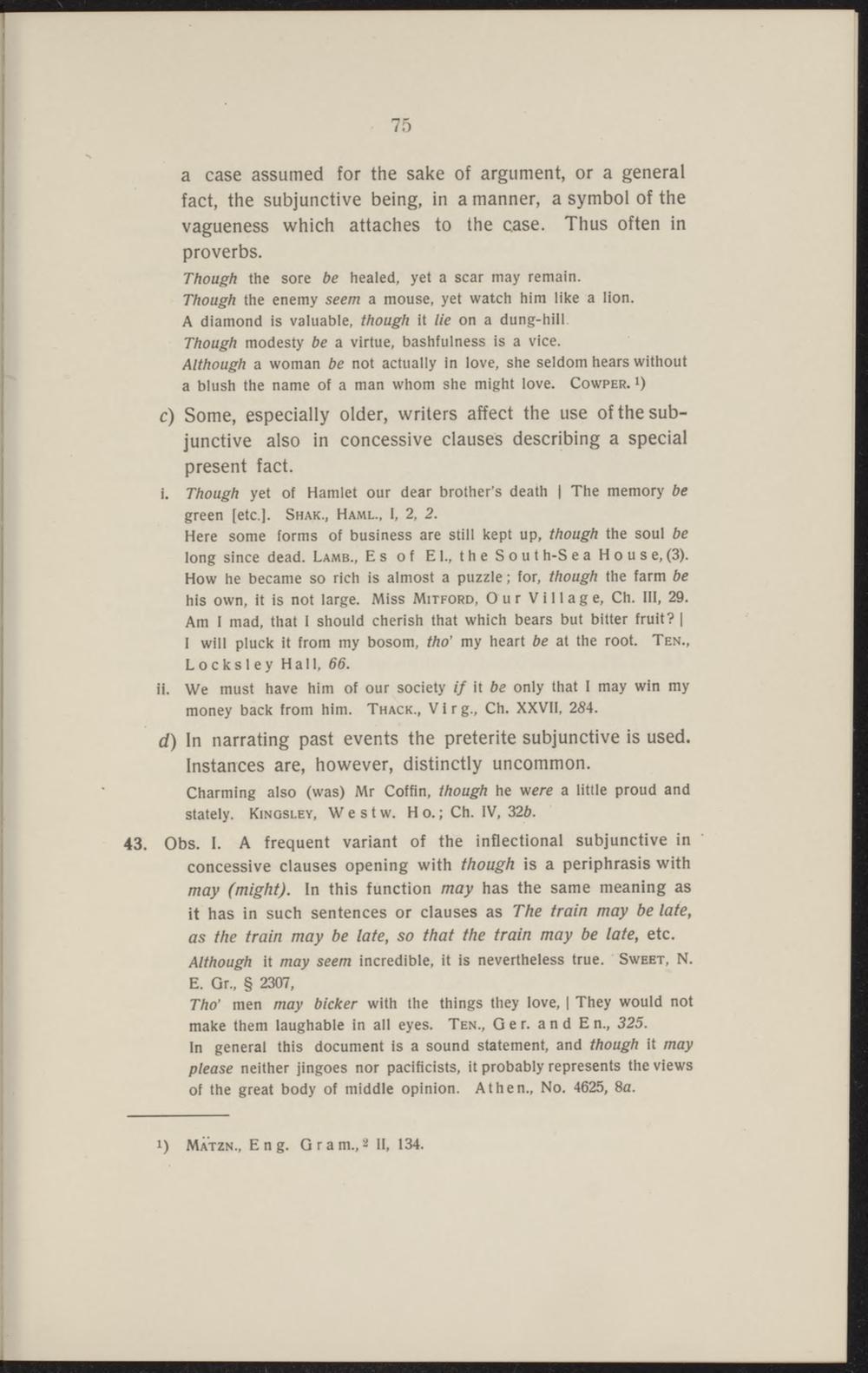 a case assumed for the sake of argument, or a general fact, the subjunctive being, in a manner, a symbol of the vagueness which attachés to the case. Thus often in proverbs.

Though the sore be healed, yet a scar may remaln.

Though the enemy seem a mouse, yet watch him like a Iion.

A diamond is valuable, though it lie on a dung-hlll.

Though modesty be a virtue, bashfulness is a vice.

Although a woman be not actually In love, she seldom hears without

a blush the name of a man whom she might love. Cowper. i)

c) Some, especially older, writers affect the use of the subjunctive also in concessive clauses describing a special present fact.

ii. We must have him of our society tf it be only that I may win my money back from him. Thack, VIrg, Ch. XXVII, 28*.

d) In narrating past events the preterite subjunctive is used. Instances are, however, distinctly uncommon. Charming also (was) Mr Coffln, though he were a little proud and stately. Kinosley, Westw. H o.; Ch. IV, 326.

Tho' men may bleker with the things they love, | They would not make them laughable In all eyes. Ten, Ger. and En, 325. In general this document is a sound statement, and though it may please neither jingoes nor pacificists, it probably represents the views of the great body of middle opinion. At hen, No. 4625, 8a.