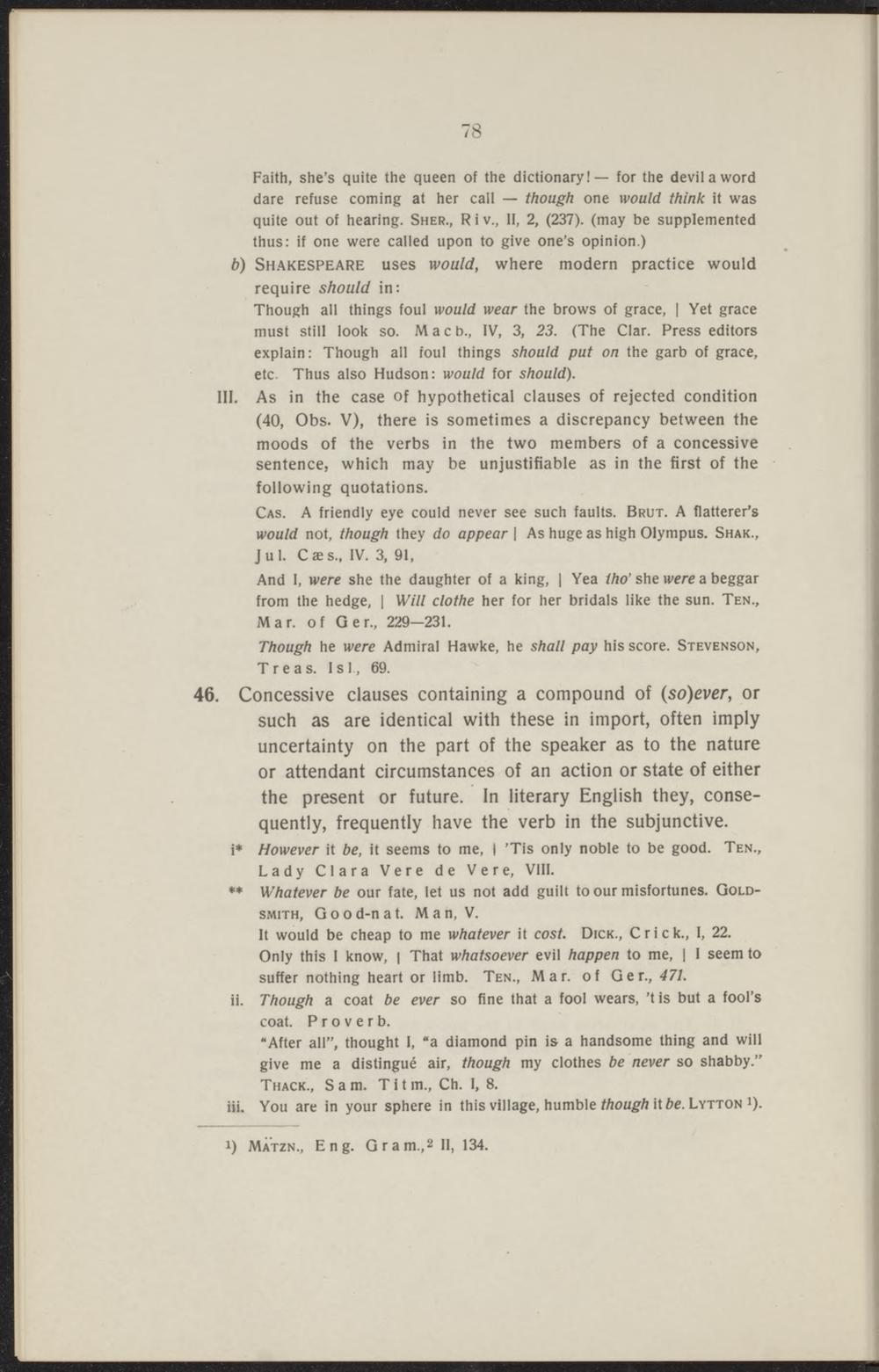 Faitb, she's quite the queen of the dictionaryl— for the devil a word dare refuse coming at her call — though one would think it was quite out of hearing. Sher, R i v, II, 2, (237). (may be supplemented thus: if one were called upon to give one's opinion.) b) Shakespeare uses would, where modern practice would require should in:

Though all things foul would wear the brows of grace, | Yet grace must still look so. Mac b, IV, 3, 23. (The Clar. Press editors explain: Though all foul things should put on the garb of grace, etc. Thus also Hudson: would for should). III. As in the case of hypothetical clauses of rejected condition (40, Obs. V), there is sometimes a discrepancy between the moods of the verbs in the two members of a concessive sentence, which may be unjustifiable as in the first of the following quotations.

Cas. A friendly eye could never see such faults. Brut. A flatterer's would not, though they do appear | As huge as high Olympus. Shak, Jul. Ca?s, IV. 3, 91,

Though he were Admiral Hawke, he shall pay his score. Stevenson, Treas. Isl, 69.

46. Concessive clauses containing a compound of (só)ever, or such as are identical with these in import, often imply uncertainty on the part of the speaker as to the nature or attendant circumstances of an action or state of either the present or fature. In literary English they, consequently, frequently have the verb in the subjunctive. i* However it be, it seems to me, I 'Tis only noble to be good. Ten,

Lady Clara Vere de Vere, VIII. ** Whatever be our fate, let us not add guitt to our misfortunes. Goldsmith, Good-nat. Man, V.

"After all", thought I, "a diamond pin is a handsome thing and will give me a distingué air, though my clothes be never so shabby." Thack, Sam. Titm, Ch. I, 8.

iii. You are in your sphere in this village, humble though it be. Lytton >)•