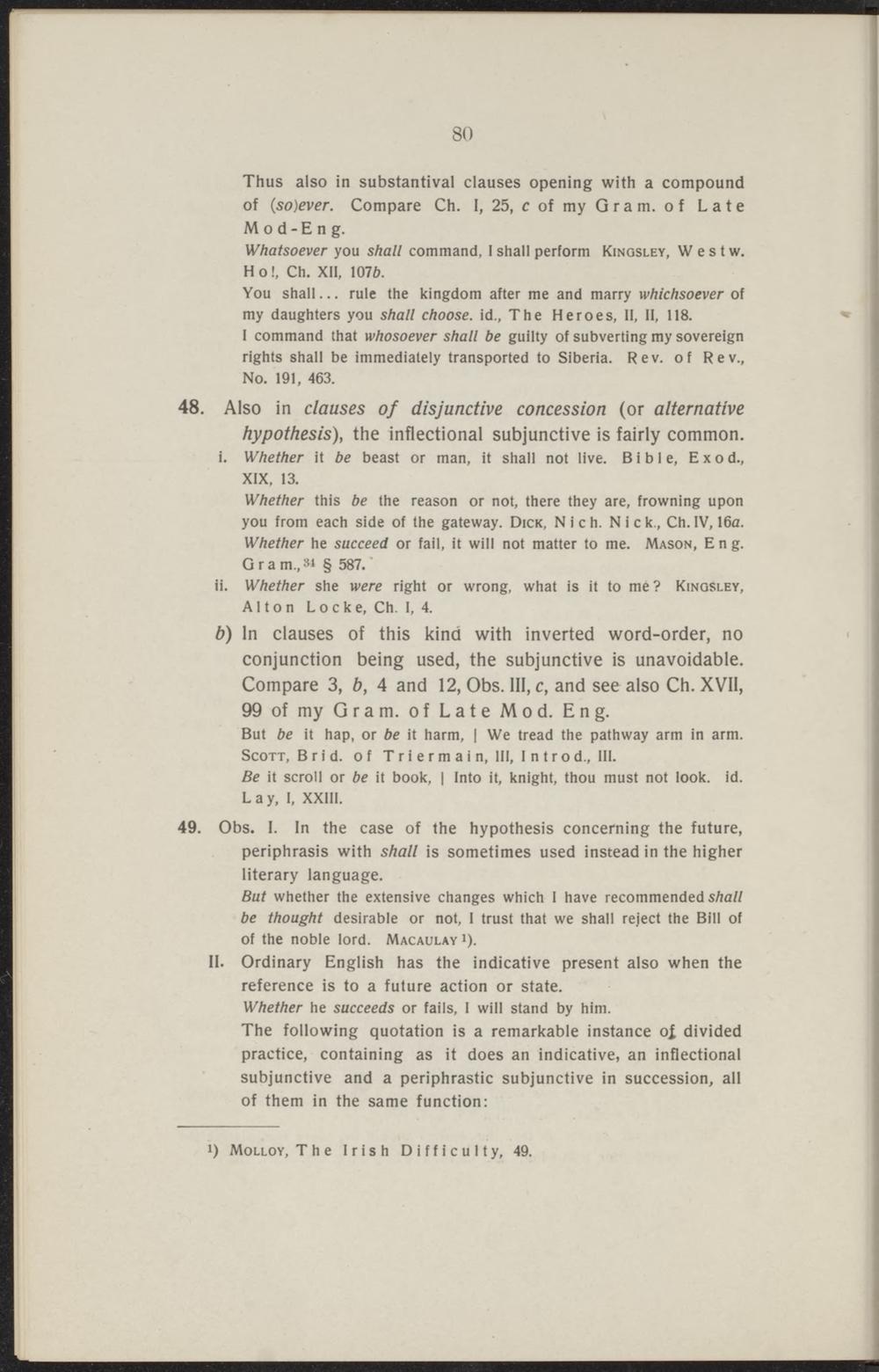 Thus also in substantival clauses opening with a compound of (so)ever. Compare Ch. I, 25, c of my Gram. of Late Mod-Eng.

Whatsoever you shall command, I shall perform Kinosley, Westw. Hol, Ch. XII, 1076.

You shall... rule the kingdom after me and marry whtchsoever of my daughters you shatt choose. id., The Heroes, II, II, 118. I command that whosoever shall be guilty of subverting my sovereign rights shall be immediately transported to SIberia. Rev. of Rev, No. 191, 463.

48. Also in clauses of disjunctive concession (or alternative

hypothesis), the inflectional subjunctive is fairly common. I. Whether it 6e beast or man, it shall not live. Bib Ie, Exod, XIX, 13.

49. Obs. I. In the case of the hypothesis concerning the future,

periphrasis with shall is sometimes used instead in the higher literary language.

But whether the extensive changes which I have recommended shall be thought desirable or not, I trust that we shall reject the Bill of of the noble lord. Macaulay '). II. Ordinary English has the indicative present also when the reference is to a future action or state. Whether he succeeds or fails, I wilt stand by him. The following quotation is a remarkable instance of, divided practice, containing as it does an indicative, an inflectional subjunctive and a periphrastic subjunctive in succession, all of them in the same function: