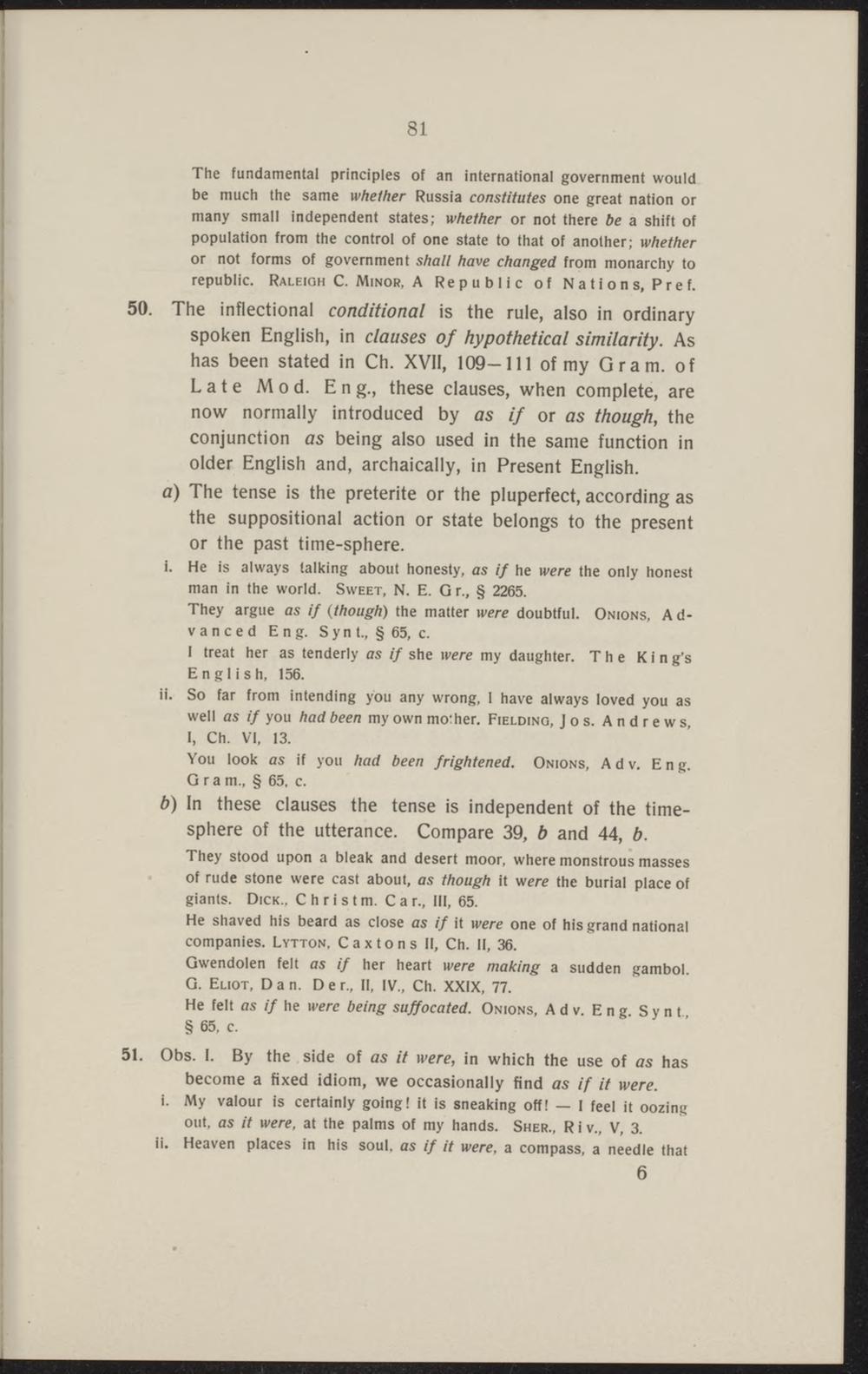 The fundamental principles of an international government would. be much the same whether Russia constimtes one great nation or many small independent states; whether or not there be a shift of population from the control of one state to that of another; whether or not forms of government shall have changed from monarchy to republic. Raleioh C. Minor, A Republic of Nation s, Pref.

50. The inflectional conditional is the rule, also in ordinary

spoken English, in clauses of hypothetical similarity. As has been stated in Ch. XVII, 109-111 of my Gram. of Late Mod. Eng., these clauses, when complete, are now normally introduced by as if or as though, the conjunction as being also used in the same function in older English and, archaically, in Present English.

a) The tense is the preterite or the pluperfect, according as the suppositional action or state belongs to the present or the past time-sphere.

They argue as if (though) the matter were doubtful. Onions, A dvanced Eng. Synt, §65, c.

ii. So far from intending you any wrong, I have always loved you as well as if you had been my own mother. Fieldino, Jos. Andrews, I, Ch. VI, 13.

b) In these clauses the tense is independent of the timesphere of the utterance. Compare 39, b and 44, b. They stood upon a bleak and desert moor, where monstrous masses of rude stone were cast about, as though it were the burial place of giants. Dick., C h r i s t m. C a r, III, 65.

Qwendolen feit as if her heart were making a sudden gambol.

He feit as if he were being suffocated. Onions, Adv. Eng. Synt

become a fixed idiom, we occasionally find as if it were.

ii. Heaven places in his soul, as if it were, a compass, a needie that