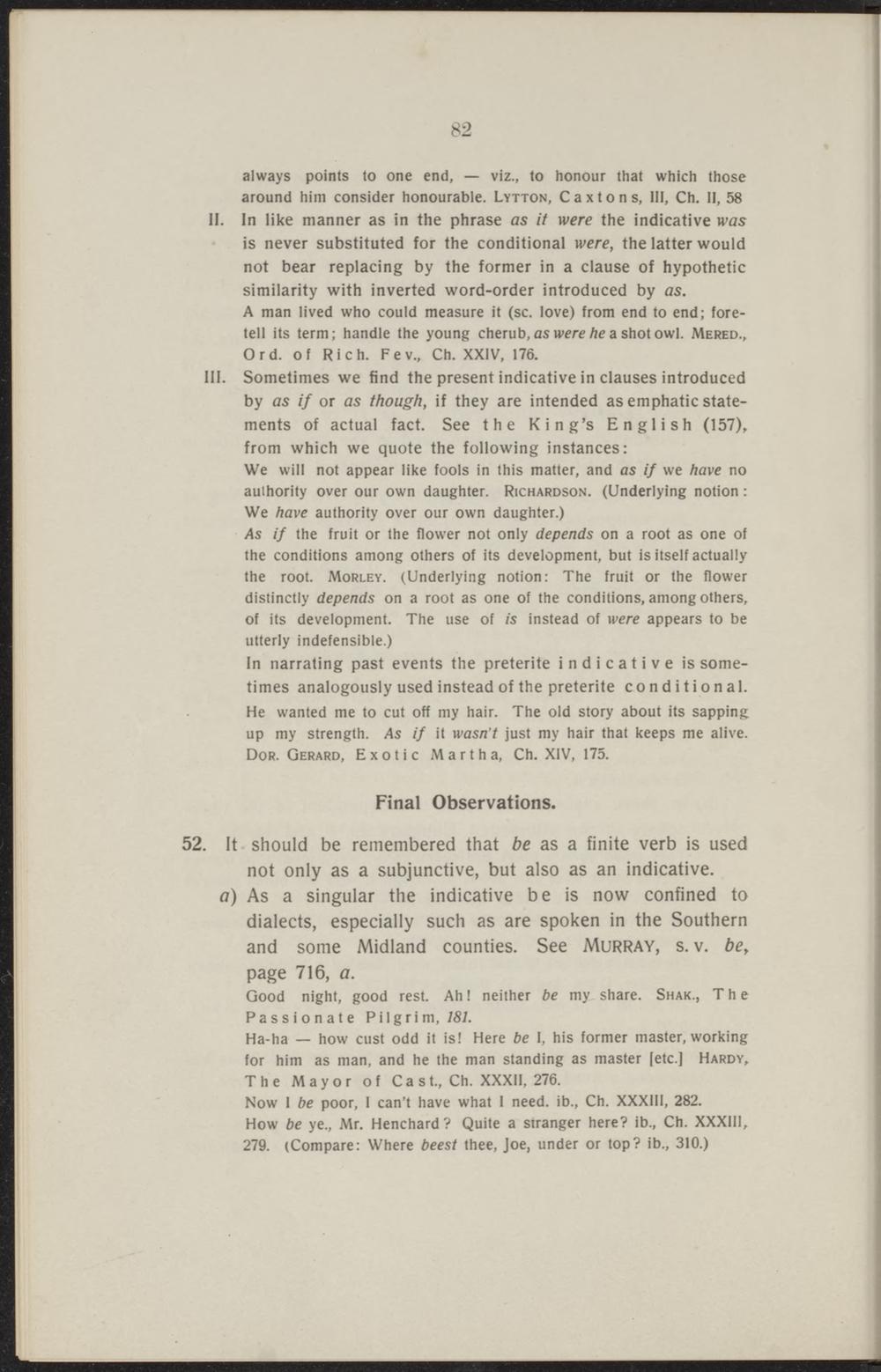 always points to one end, — viz, to honour that which those around him consider honourable. Lytton, C a x t o n s, III, Ch. II, 58

II. In like manner as in the phrase as it were the indicative was is never substituted for the conditional were, the latter would not bear replacing by the former in a clause of hypothetic similarity with inverted word-order introduced by as.

III. Sometimes we find the present indicative in clauses introduced

In narrating past events the preterite indicative is sometimes analogously used instead of the preterite co n d i t i o n a 1. He wanted me to cut off my hair. The old story about its sapping up my strength. As if it wasn't just my hair that keeps me alive. Dor. Gerard, E x o t i c Martha, Ch. XIV, 175.

It should be remembered that be as a finite verb is used not only as a subjunctive, but also as an indicative.

a) As a singular the indicative be is now confined to dialects, especially such as are spoken in the Southern and some Midland counties. See Murray, s. v. be, page 716, a.

Good night, good rest. Ahl neither be my share. Shak., The Passionate Pilgrim, 181.