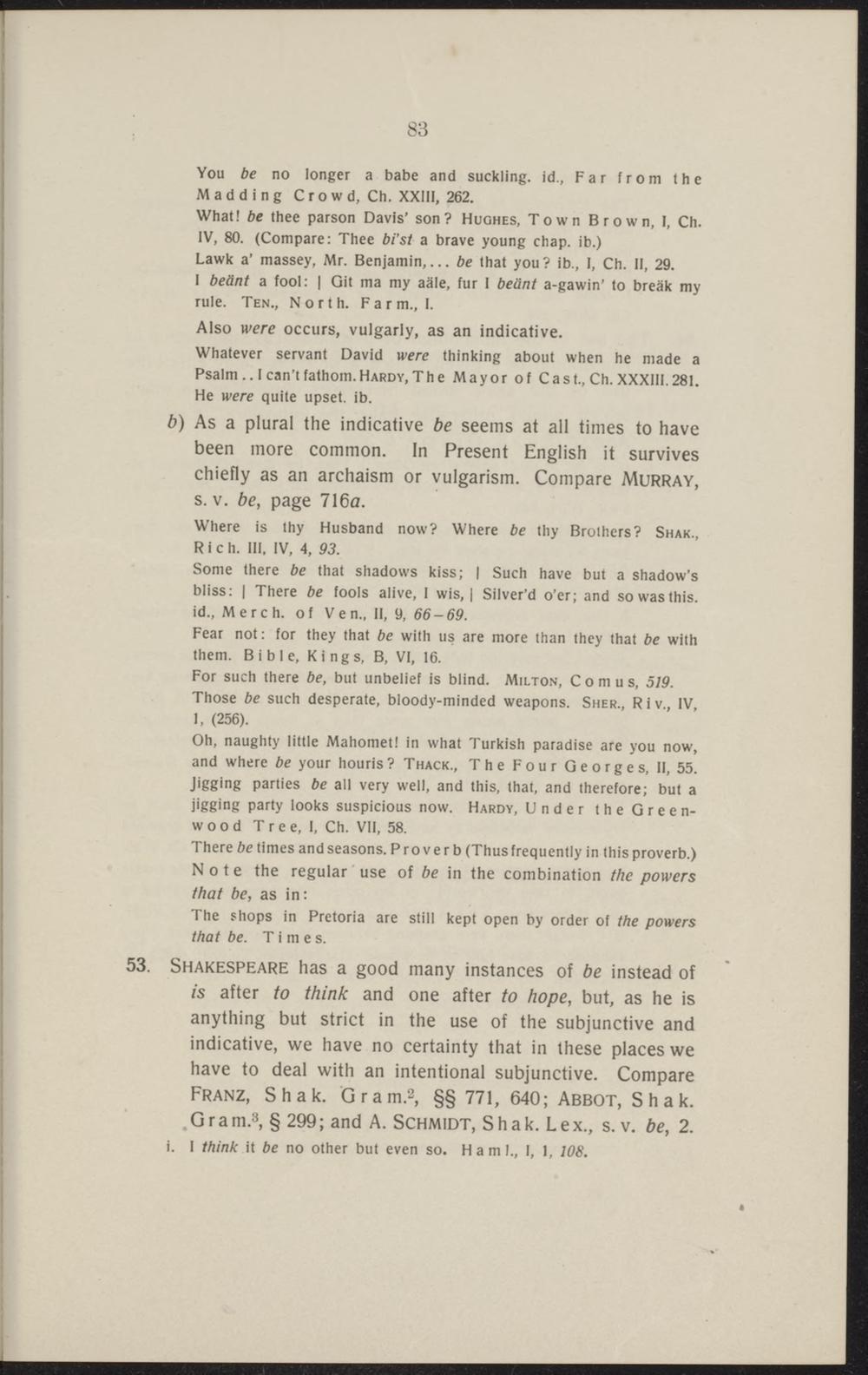 You be no longer a babe and suckling. id, Far from the Madding Crowd, Ch. xxiii, 262.

Also were occurs, vulgarly, as an indicative.

Whatever servant David were thinking about when he made a

He were quite upset. ib.

b) As a plural the indicative be seems at all times to have been more common. In Present English it sunrives chiefly as an archaism or vulgarism. Compare Murray, s. v. be, page 716a.

Oh, naughty little Mahomet! in what Turkish paradise afe you now, and where be your houris? Thack, The Four Georges, II, 55. Jigglng parties be all very well, and this, that, and therefore; but a jigging party looks suspicious now. Hardy, Under theGreenw o o d T r e e, i, Ch. vii, 58.

There be times and seasons. Pro v e r b (Thusfrequently in this proverb.) Note the regular use of be in the combination the powers that be, as in:

The shops in Pretoria are still kept open by order of the powers that be. Times.

Shakespeare has a good many instances of be instead of is after to think and one after to hope, but, as he is anything but strict in the use of the subjunctive and indicative, we have no certainty that in these placeswe have to deal with an intentional subjunctive. Compare FRANZ, Shak. G r a m.2, §§ 771, 640; ABBOT, Shak. G r a m.s § 299; and A. Schmidt, S h a k. Lex., s. v. be, 2.