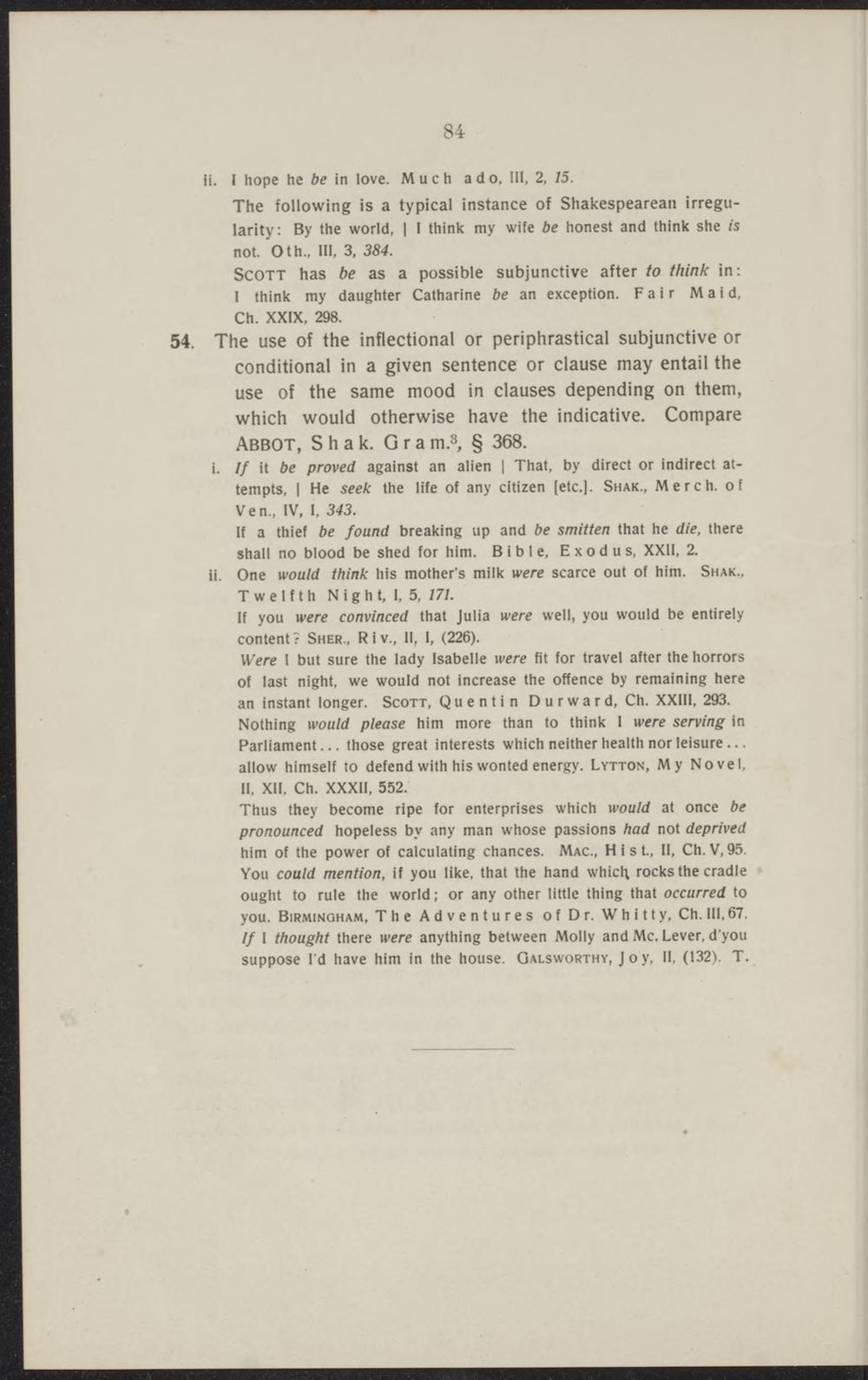 The following is a typical instance of Shakespearean irregularity: By the world, | I think my wile be honest and think she is not. Oth., III, 3, 384.

Scott has be as a possible subjunctive after to think in: I think my daughter Catharine be an exception. Fair Maid, Ch. XXIX, 298.

54. The use of the inflectional or periphrastical subjunctive or conditional in a given sentence or clause may entail the use of the same mood in clauses depending on them, which would otherwise have the indicative. Compare Abbot, Shak. Gram.3, § 368.

If a thief be found breaking up and be smitten that he die, there shall no blood be shed for him. Bible, Exodus, XXII, 2.

If you were cominced that Julia were well, you would be entlrely content? Sher, Riv, II, I, (226).

Were I but sure the lady Isabelle were fit for travel after the horrors of last night, we would not increase the offence by remaining here an instant longer. Scott, Quentin Durward, Ch. XXIII, 293. Nothing would please him more than to think I were serving in Parliament... those great interests which neither health nor leisure... altow hlmself to defend with hls wonted energy. Lytton, My No vel, II, XII, Ch. XXXII, 552.

Thus they become rlpe for enterprises which would at once be pronounced hopeless by any man whose passions had not deprived him of the power of calculating chances. Mac, H i s t, II, Ch. V, 95. You could mention, if you like, that the hand which. rocks the cradle ought to rule the world; or any other little thing that occurred to you. Birminoham, The Adventures of Dr. Whitty, Ch. 111,67. if I thought there were anything between Molly and Mc. Lever, d'you suppose I'd have him in the house. Galsworthy, J o y, II, (132). T.