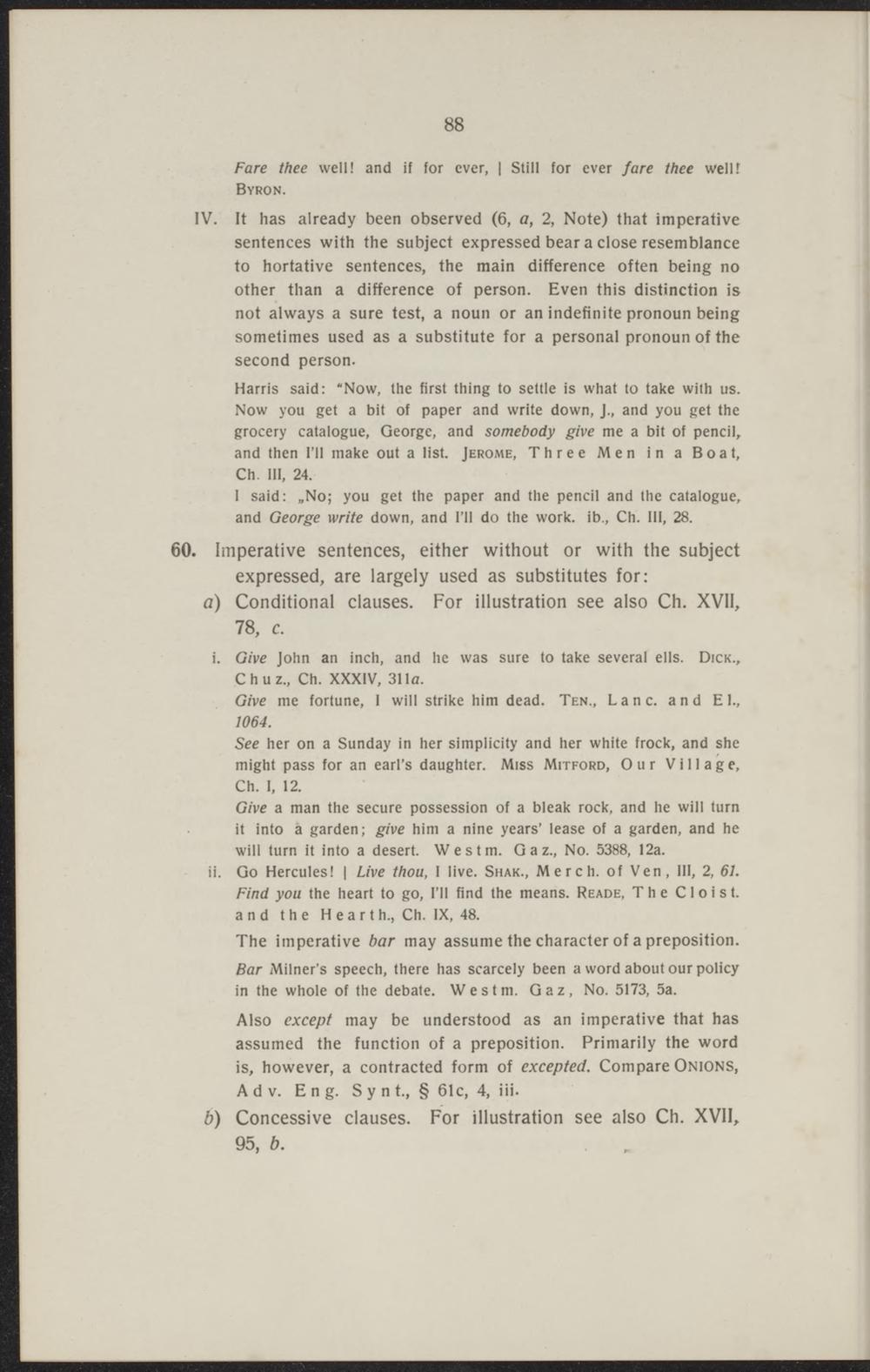 IV. It has already been observed (6, a, 2, Note) that imperative sentences with the subject expressed beara close resemblance to hortative sentences, the main difference often being no other than a difference of person. Even this distinction is not always a sure test, a noun or an indefinite pronoun being sometimes used as a substitute for a personal pronoun of the second person.

Harris said: "Now, the first thing to settle is what to take with us. Now you get a bit of paper and write down, J, and you get the grocery catalogue, George, and somebody give me a bit of penei!, and then 1*11 make out a list Jerome, Three Men in a Boat, Ch. III, 24.

60. Imperative sentences, either without or with the subject expressed, are largely used as substitutes for: a) Conditional clauses. For illustration see also Ch. XVII, 78, c.

See het on a Sunday In her simplicity and her white frock, and she might pass for an earl's daughter. Miss Mitford, Our V i 11 a g e, Ch. I, 12.

Bar Milner's speech, there has scarcely been a word about our policy in the whole of the debate. Westm. Gaz, No. 5173, 5a.

Also except may be understood as an imperative that has assumed the function of a preposition. Primarily the word is, however, a contracted form of excepted. Compare Onions, Adv. Eng. Synt, § 61c, 4, iii. 6) Concessive clauses. For illustration see also Ch. XVII, 95, b.