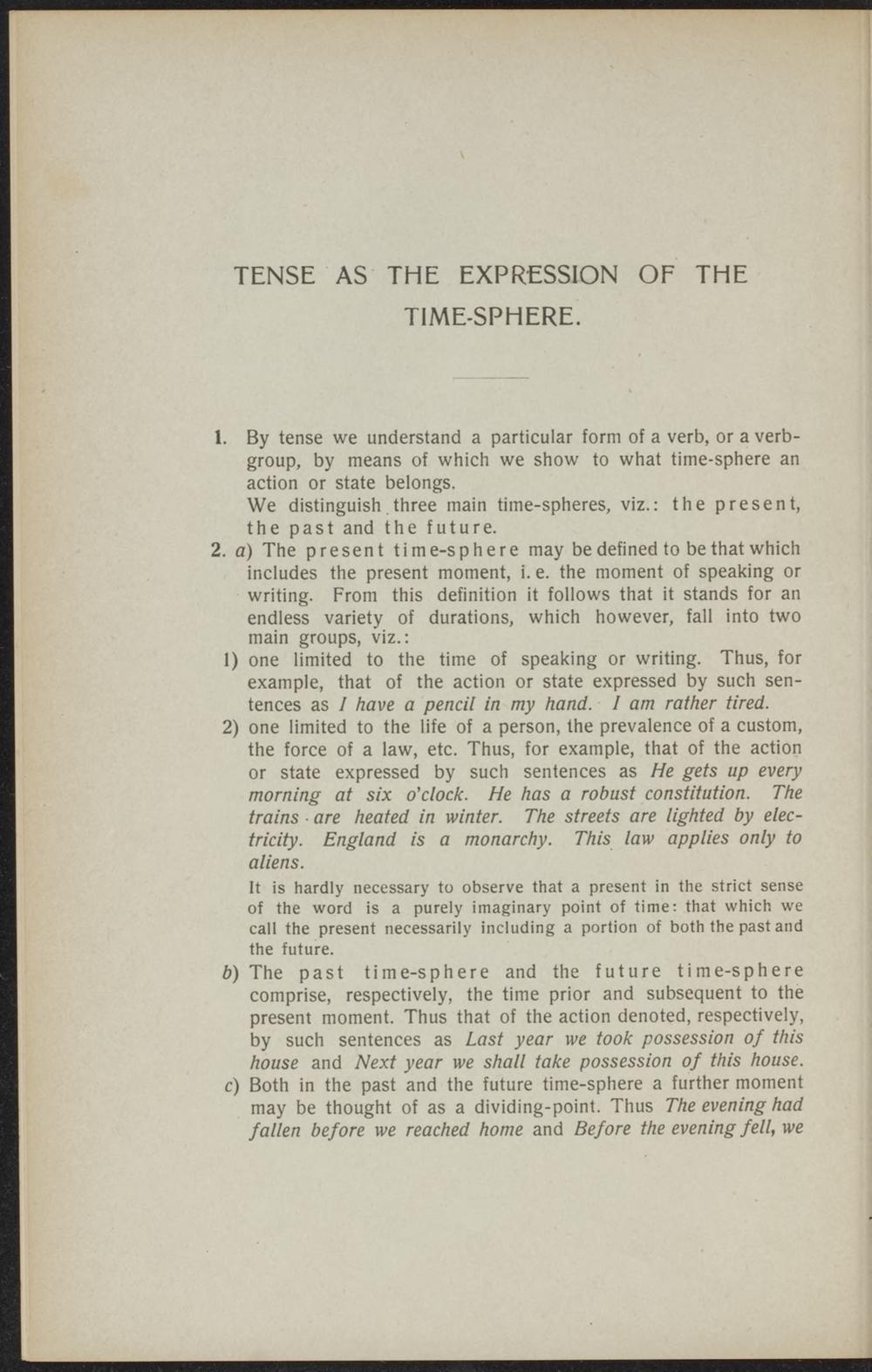 TENSE AS THE EXPRESSION OF THE TIME-SPHERE.

1. By tense we understand a particular form of a verb, or a verbgroup, by means of which we show to what time-sphere an action or state belongs.

We distinguish three main time-spheres, viz.: the present, the past and the future.

2. a) The present time-sphere may be defined to be that which

includes the present moment, i. e. the moment of speaking or writing. From this definition it follows that it stands for an endless variety of durations, which however, fall into two main groups, viz.:

1) one limited to the time of speaking or writing. Thus, for example, that of the action or state expressed by such sentences as / have a pencil in my hand. I am rather tired.

2) one limited to the life of a person, the prevalence of a custom, the force of a law, etc. Thus, for example, that of the action or state expressed by such sentences as He gets up every morning at six o'clock. He has a robust constitution. The trains are heated in winter. The streets are lighted by electricity. England is a monarchy. This law applies only to aliens.

It is hardly necessary to observe that a present in the strict sense of the word is a purely imaginary point of time: that which we call the present necessarily including a portion of both the past and the future.

c) Both in the past and the future time-sphere a further moment may be thought of as a dividing-point. Thus The evening had f allen before we reached home and Before the evening feil, we