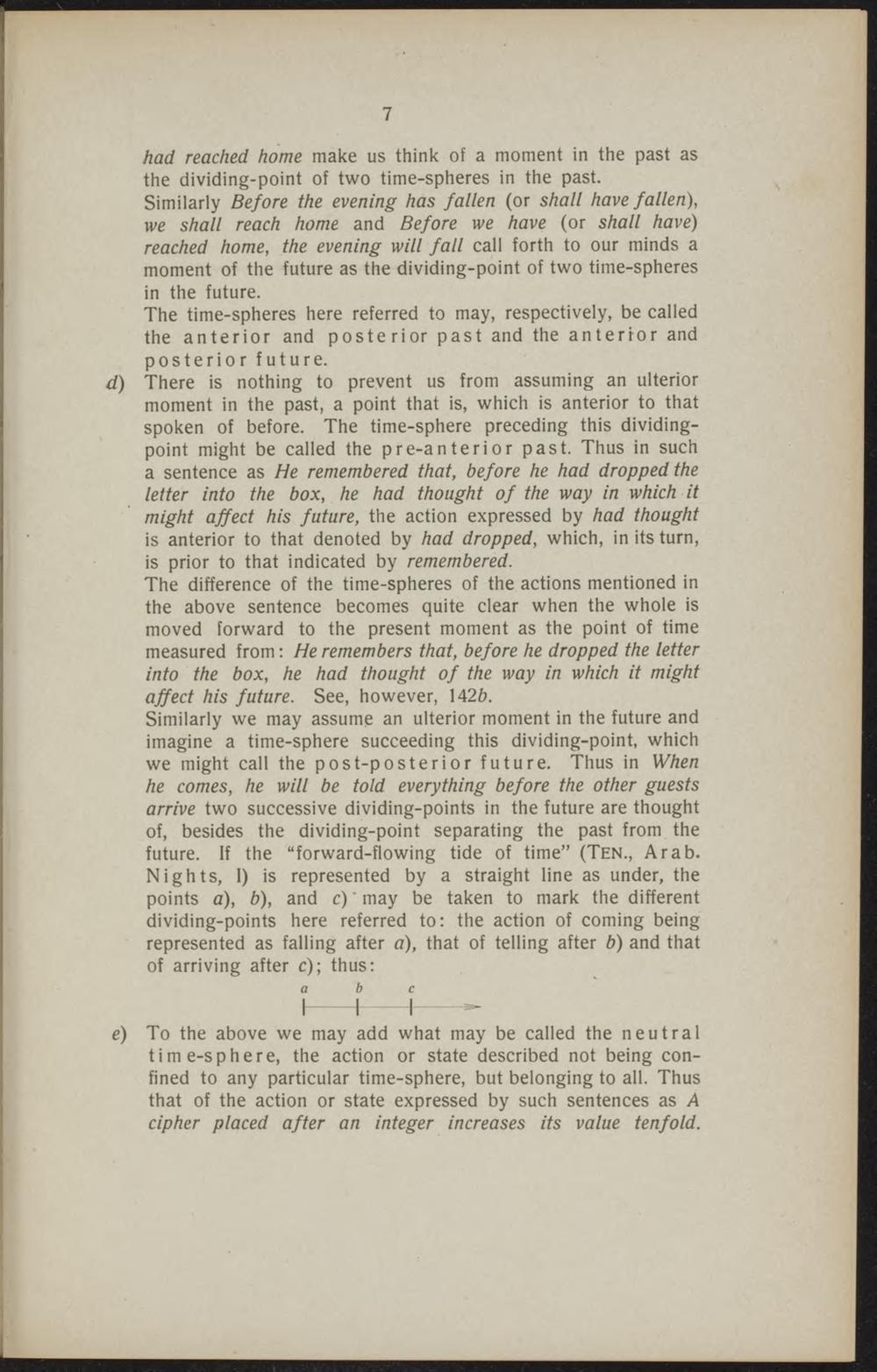 d) There is nothing to prevent us from assuming an ulterior moment in the past, a point that is, which is anterior to that spoken of before. The time-sphere preceding this dividingpoint might be called the pre-anterior past. Thus in such a sentence as He remembered that, before he had droppedthe letter into the box, he had thought of the way in which it might affect his future, the action expressed by had thought is anterior to that denoted by had dropped, which, in its turn, is prior to that indicated by remembered.

The difference of the time-spheres of the actions mentioned in the above sentence becomes quite clear when the whole is moved forward to the present moment as the point of time measured from: He remembers that, before he dropped the letter into the box, he had thought of the way in which it might affect his future. See, however, 1426. Similarly we may assume an ulterior moment in the future and imagine a time-sphere succeeding this dividing-point, which we might call the post-posterior future. Thus in When he comes, he will be told everything before the other guests arrivé two successive dividing-points in the future are thought of, besides the dividing-point separating the past from the future. If the "forward-flowing tide of time" (Ten., Arab. Nights, I) is represented by a straight line as under, the points a), b), and c)" may be taken to mark the different dividing-points here referred to: the action of coming being represented as falling after a), that of telling after b) and that of arriving after c); thus: