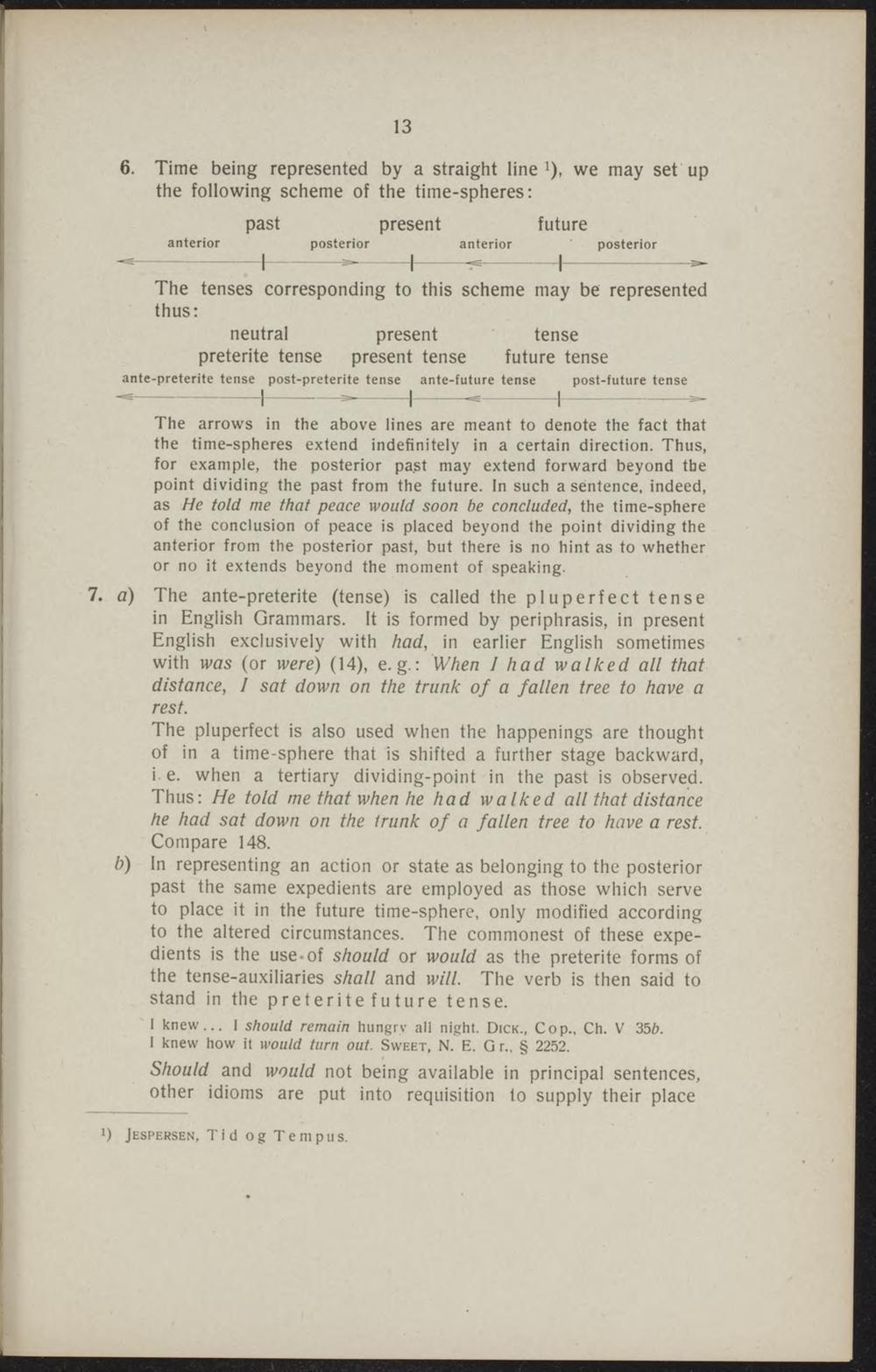 6. Time being represented by a straight line:), we may set up

the following scheme of the time-spheres:

The tenses corresponding to this scheme may be represented thus:

The arrows in the above lines are meant to denote the fact that the time-spheres extend indefinitely in a certain direction. Thus, for example, the posterior past may extend forward beyond the point dividing the past from the future. In such a sentence, indeed, as He told me that peace would soon be concluded, the time-sphere of the conclusion of peace is placed beyond the point dividing the anterior from the posterior past, but there is no hint as to whether or no it extends beyond the moment of speaking.

7. a) The ante-preterite (tense) is called the pluperfect tense in English Grammars. It is formed by periphrasis, in present English exclusively with had, in earlier English sometimes with was (or were) (14), e. g.: When I had walked all that distance, I sat down on the trunk of a fallen tree to have a rest.

The pluperfect is also used when the happenings are thought of in a time-sphere that is shifted a further stage backward, i. e. when a tertiary dividing-point in the past is observed. Thus: He told me that when he had walked all that distance he had sat down on the trunk of a fallen tree to have a rest. Compare 148.

b) In representing an action or state as belonging to the posterior past the same expedients are employed as those which serve to place it in the future time-sphere, only modified according to the altered circumstances. The commonest of these expedients is the use-of should or would as the preterite forms of the tense-auxiliaries shall and will. The verb is then said to stand in the preterite future tense.

Should and would not being available in principal sentences, other idioms are put into requisition to supply their place