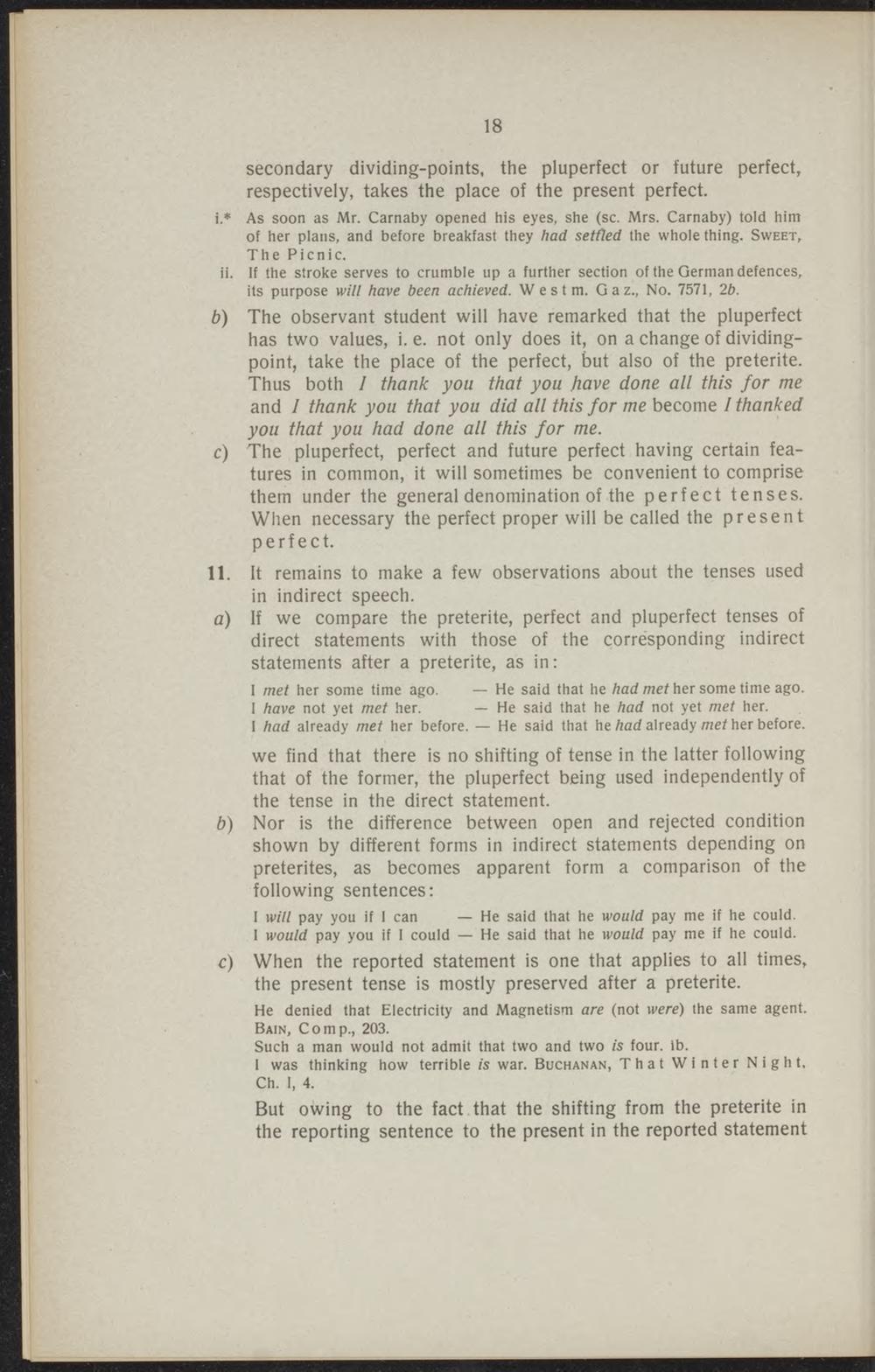 secondary dividing-points, the pluperfect or future perfect, respectively, takes the place of the present perfect.

of her plans, and before breakfast they had setfled the whole thing. Sweet, The Picnic.

ii. If the stroke serves to crumble up a further section of the German defences, its purpose will have been achieved. Westm. Gaz, No. 7571, 2b.

c) The pluperfect, perfect and future perfect having certain features in common, it will sometimes be convenient to comprise them under the general denomination of the perfect tenses. When necessary the perfect proper will be called the present perfect.

11. It remains to make a few observations about the tenses used in indirect speech.

we find that there is no shifting of tense in the latter following that of the former, the pluperfect being used independently of the tense in the direct statement.

b) Nor is the difference between open and rejected condition shown by different forms in indirect statements depending on preterites, as becomes apparent form a comparison of the following sentences:

c) When the reported statement is one that applies to all times, the present tense is mostly preserved after a preterite.

He denied that Electricity and Magnetism are (not were) the same agent. Bain, Comp, 203.

Such a man would not admit that two and two is four. ib.

I was thinking how terrible is war. Buchanan, That Winter Night,

But owing to the fact.that the shifting from the preterite in the reporting sentence to the present in the reported statement