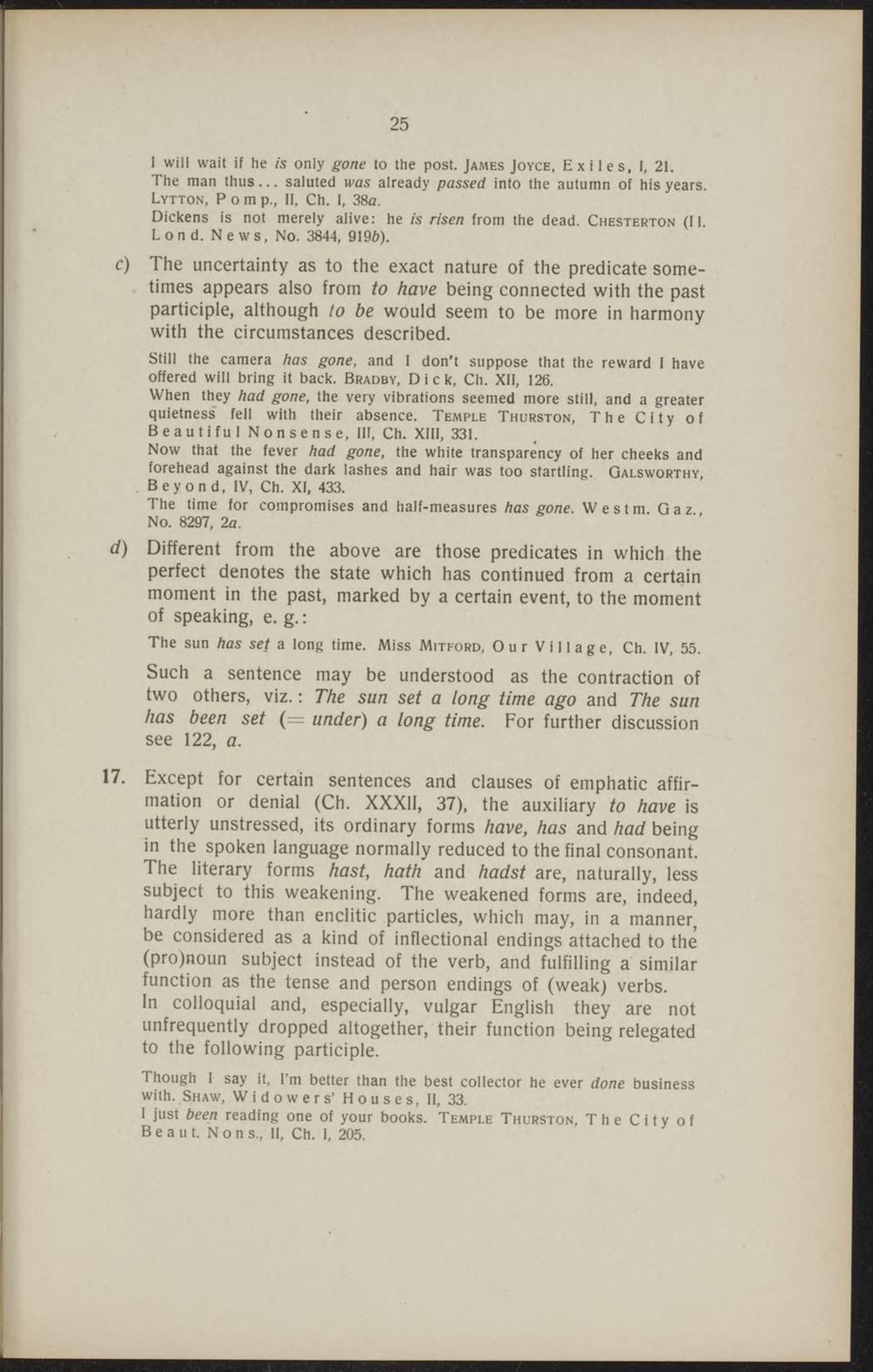 c) The uncertainty as to the exact nature of the predicate some. times appears also from to have being connected with the past

participle, although to be would seem to be more in harmony with the circumstances described.

Still the camera has gone, and I don't suppose that the reward I have offered will bring it back. Bradby, Dick, Ch. XII, 126. When they had gone, the very vibrations seemed more still, and a greater quietness feil with their absence. Temple Thurston, The City of Beautiful Nonsens e, III, Ch. XIII, 331.

Now that the fever had gone, the white transparency of her cheeks and forehead against the dark lashes and hair was too startling. Qalsworthy . Beyond, IV, Ch. XI, 433. The time for compromises and half-measures has gone. Westm. Gaz No. 8297, 2a.

d) Different from the above are those predicates in which the perfect denotes the state which has continued from a certain moment in the past, marked by a certain event, to the moment of speaking, e. g.:

17. Except for certain sentences and clauses of emphatic affirmation or denial (Ch. XXXII, 37), the auxiliary to have is utterly unstressed, its ordinary forms have, has and had being in the spoken language normally reduced to the final consonant. The literary forms hast, hath and hadst are, naturally, less subject to this weakening. The weakened forms are, indeed, hardly more than enclitic particles, which may, in a manner, be considered as a kind of inflectional endings attached to the* (pro)noun subject instead of the verb, and fulfilling a simjlar function as the tense and person endings of (weak) verbs. In colloquial and, especially, vulgar English they are not unfrequently dropped altogether, their function being relegated to the following participle.

Though I say it, I'm better than the best collector he ever done business with. Shaw, Widowers' Houses, II, 33.