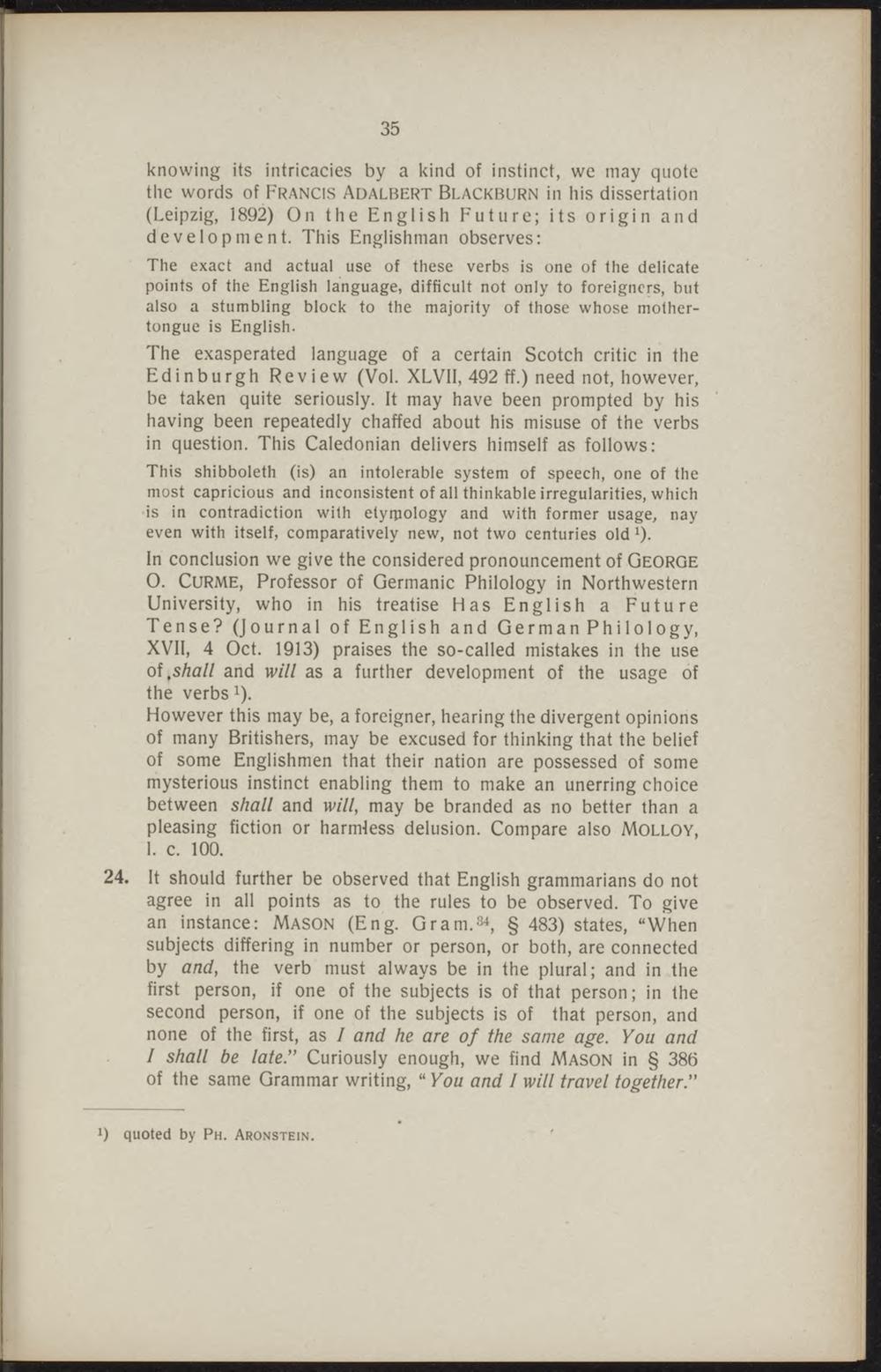 knowing its intricacies by a kind of instinct, we may quote the words of Francis Adalbert Blackburn in his dissertation (Leipzig, 1892) On the English Future; its origin and development. This Englishman observes:

The exact and actual use of these verbs is one of the delicate points of the English language, difficult not only to foreigners, but also a stumbling block to the majority of those whose mothertongue is English.

The exasperated language of a certain Scotch critic in the Edinburgh Review (Vol. XLVII, 492 ff.) need not, however, be taken quite seriously. It may have been prompted by his having been repeatedly chaffed about his misuse of the verbs in question. This Caledonian delivers himself as follows: This shibboleth (is) an intolerable system of speech, one of the most capricious and inconsistent of all thinkable irregularities, which •is in contradiction with elyrpology and with former usage, nay even with itself, comparatively new, not two centuries old 1).

In conclusion we give the considered pronouncement of GEORGE

0. CuRME, Professor of Germanic Philology in Northwestern University, who in his treatise Has English a Future Tense? (Journal of English and German Philology, XVII, 4 Oct. 1913) praises the so-called mistakes in the use oï .shall and will as a further development of the usage of the verbsl).

However this may be, aforeigner, hearing the divergent opinions of many Britishers, may be excused for thinking that the belief of some Englishmen that their nation are possessed of some mysterious instinct enabling them to make an unerring choice between shall and will, may be branded as no better than a pleasing fiction or harmiess delusion. Compare also Molloy,