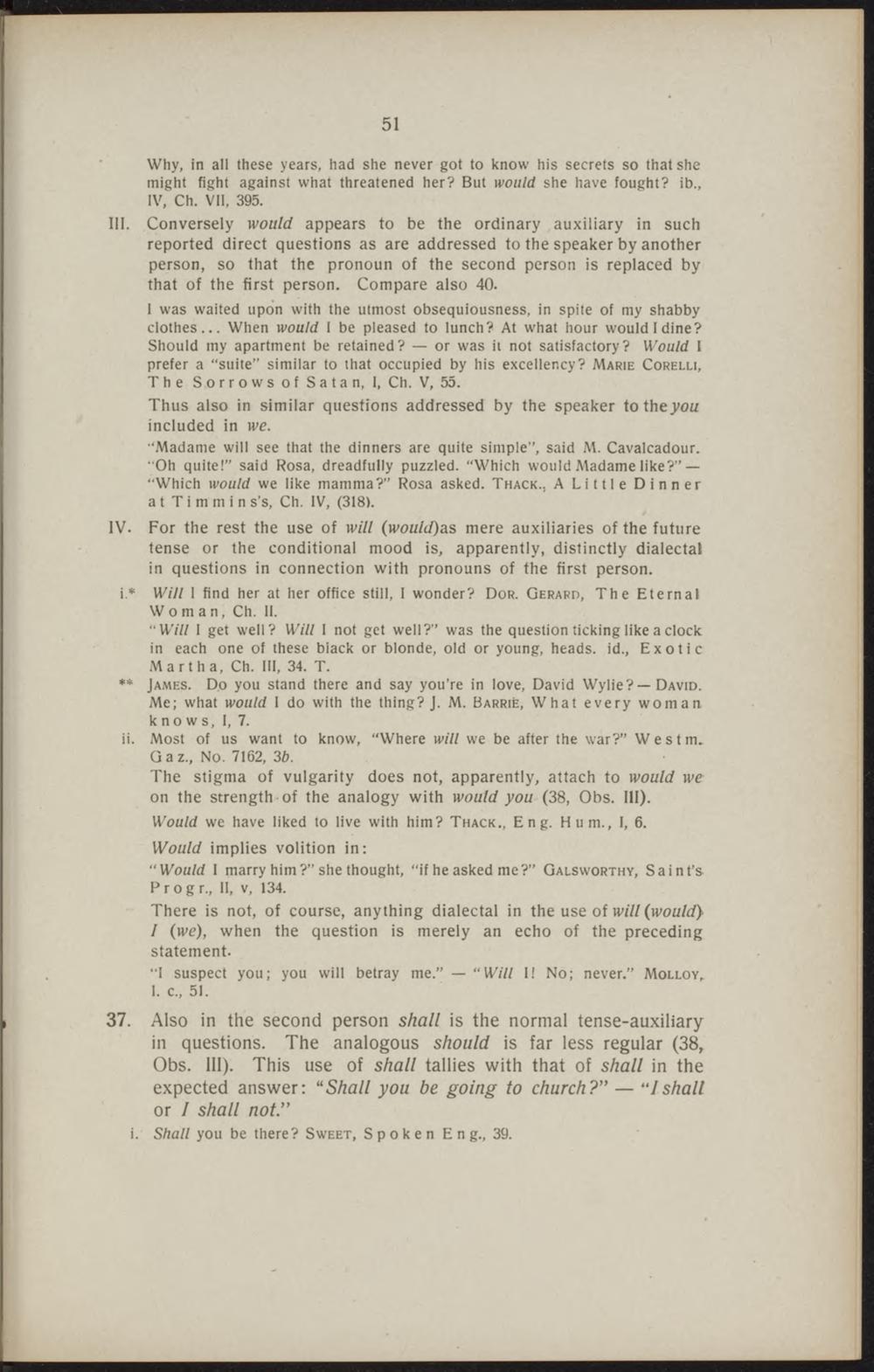 Why, in all these years, had she never got to know his secrets so that she might fight against what threatened her? But would she have fought? ib., IV, Ch. VII, 395.

III. Conversely would appears to be the ordinary auxiliary in such reported direct questions as are addressed to the speaker by another person, so that the pronoun of the second person is replaced by that of the first person. Compare also 40.

I was waited upon with the utmost obsequiousness, in spite of my shabby clothes... When would I be pleased to lunch? At what hour wouldIdine? Should my apartment be retained? — or was it not satisfactory? Would I prefer a "suite" similar to that occupied by his excellency? Marie Corelli, The Sorrows of Satan, I, Ch. V, 55.

Thus also in similar questions addressed by the speaker to the you inciuded in we.

IV. For the rest the use of will (would)as mere auxiliaries of the future tense or the conditional mood is, apparently, distinctly dialectal in questions in connection with pronouns of the first person.

ii. Most of us want to know, "Where will we be after the war?" Westm.

The stigma of vulgarity does not, apparently, attach to would we on the strength of the analogy with would you (38, Obs. III). Would we have liked to live with him? Thack, Eng. Hum., I, 6. Would implies volition in:

There is not, of course, any thing dialectal in the use of will (would)

1 (we), when the question is merely an echo of the preceding statement.

37. Also in the second person shall is the normal tense-auxiliary in questions. The analogous should is far less regular (38, Obs. III). This use of shall tallies with that of shall in the expected answer: "Shall you be going to church?" — "Ishall or 7 shall not." i. Shall you be there? Sweet, Spoken Eng, 39.