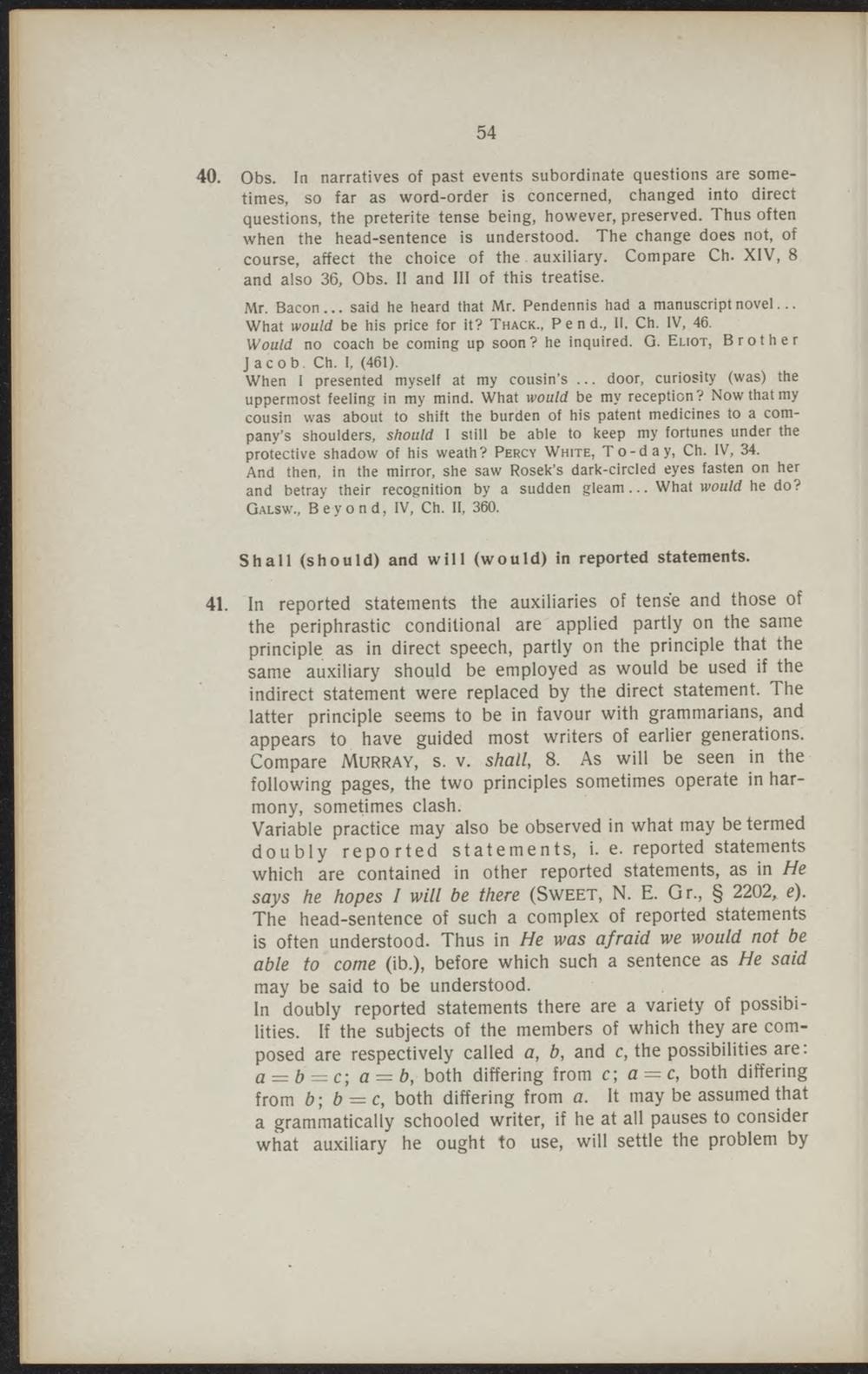 Obs. In narratives of past events subordinate questions are sometimes, so far as word-order is concerned, changed into direct questions, the preterite tense being, however, preserved. Thus often when the head-sentence is understood. The change does not, of course, affect the choice of the. auxiliary. Compare Ch. XIV, 8 and also 36, Obs. II and III of this treatise.

When I presented myself at my cousin's ... door, curiosity (was) the uppermost feeling in my mind. What would be my reception? Now that my cousin was about to shift the burden of his patent medicines to a company's shoulders, should I still be able to keep my fortunes under the protective shadow of his weath? Percy White, To-day, Ch. IV, 34. And then, in the mirror, she saw Rosek's dark-circled eyes fasten on her and betray their recognition by a sudden gleam... What would he do? Galsw., Beyond, IV, Ch. II, 360.

Shall (should) and will (would) in reported statements.

In reported statements the auxiliaries of tense and those of the periphrastic conditional are applied partly on the same principle as in direct speech, partly on the principle that the same auxiliary should be employed as would be used if the indirect statement were replaced by the direct statement. The latter principle seems to be in favour with grammarians, and appears to have guided most writers of earlier generations. Compare Murray, s. v. shall, 8. As will be seen in the following pages, the two principles sometimes operate in harmony, sometimes clash.