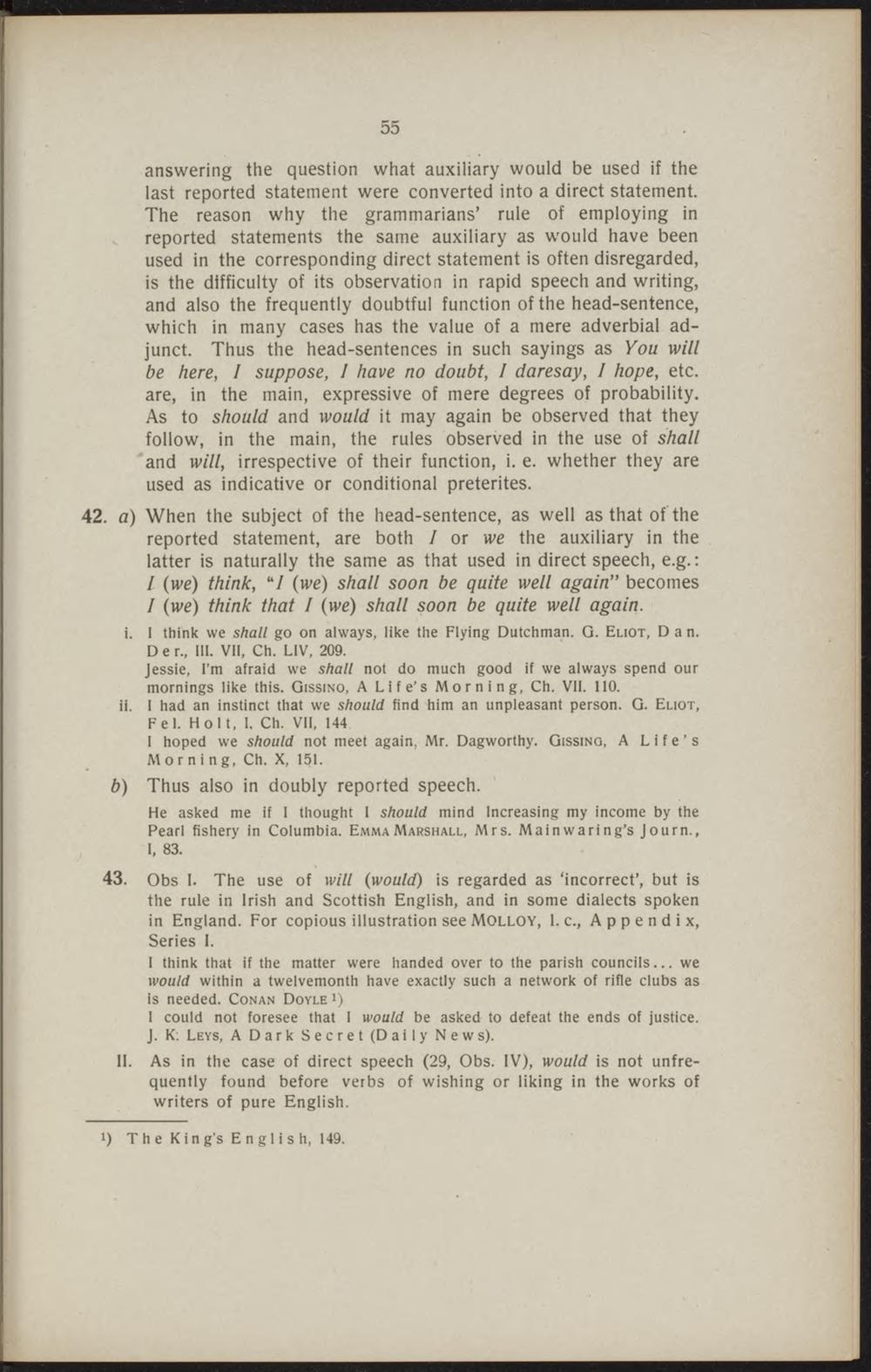 answering the question what auxiliary would be used if the last reported statement were converted into a direct statement. The reason why the grammarians' rule of employing in reported statements the same auxiliary as would have been used in the corresponding direct statement is often disregarded, is the difficulty of its observation in rapid speech and writing, and also the frequently doubtful function of the head-sentence, which in many cases has the value of a mere adverbial adjunct. Thus the head-sentences in such sayings as You will be here, I suppose, I have no doubt, I daresay, I hope, etc. are, in the main, expressive of mere degrees of probability. As to should and would it may again be observed that they follow, in the main, the rules observed in the use of shall and will, irrespective of their function, i. e. whether they are used as indicative or conditional preterites.

Jessie, I'm afraid we shall not do much good if we always spend our mornings like this. Qissino, A Llfe's Morning, Ch. VII. 110. li. I had an instinct that we should find him an unpleasant person. Q. Eliot, Fel. Holt, I. Ch. VII, 144

He asked me if I thought I should mind Increaslng my income by the Pearl fishery in Columbia. Emma Marshall, Mrs. Mainwaring's Journ., I, 83.

43. Obs I. The use of will (would) is regarded as 'incorrect', but is the rule in Irish and Scottish English, and in some dialects spoken in Engtand. For copious illustration see Molloy, 1. c. Appendix, Series I.

I think that if the matter were handed over to the parish councils... we would within a twelvemonth have exactly such a network of rlfle clubs as is needed. Conan Doyle ')

I could not foresee that I would be asked to defeat the ends of justice. J. K: Leys, A Dark Secret (Daily News).

II. As in the case of direct speech (29, Obs. IV), would is not unfrequently found before verbs of wishing or liking in the works of writers of pure English.