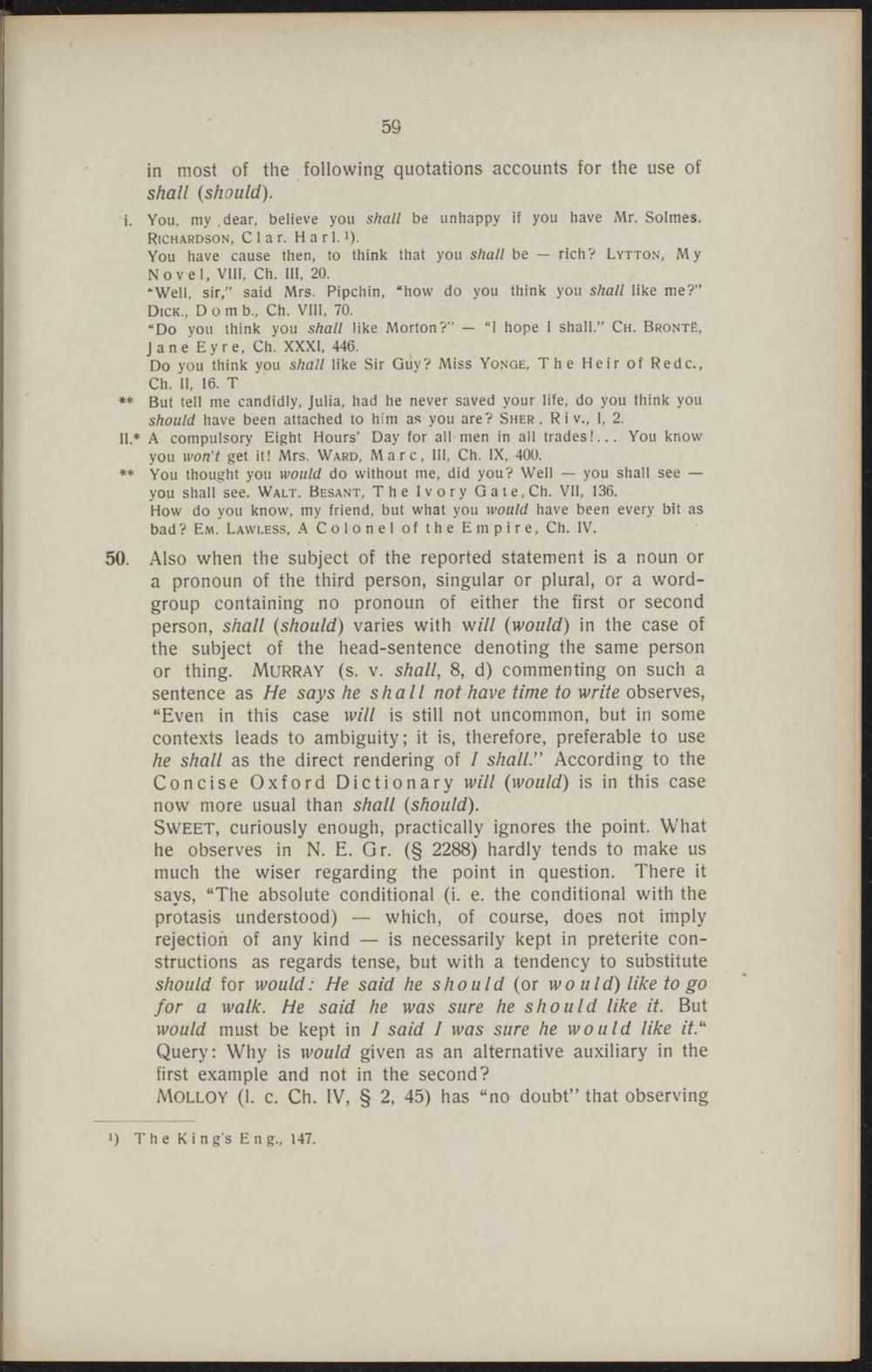 in most of the following quotations accounts for the use of shall (should).

*» But teil me candidly, Julia, had he never saved your life, do you think you should have been attached to him as you are? Sher, Riv, I, 2.

** You thought you would do without me, did you? Well — you shall see — you shall see. Walt. Besant, The Ivory Qate,Ch. VII, 136. How do you know, my friend, but what you would have been every bit as bad? Em. Lawless, A Colonel of the Empire, Ch. IV.

50. Also when the subject of the reported statement is a noun or a pronoun of the third person, singular or plural, or a wordgroup containing no pronoun of either the first or second person, shall (should) varies with v/ill (would) in the case of the subject of the head-sentence denoting the same person or thing. MURRAY (s. v. shall, 8, d) commenting on such a sentence as He says he shall not have time to write observes, "Even in this case will is still not uncommon, but in some contexts leads to ambiguity; it is, therefore, preferable to use he shall as the direct rendering of I shall." According to the Concise Oxford Dictionary will (would) is in this case now more usual than shall (should).

Sweet, curiously enough, practically ignores the point. What he observes in N. E. Gr. (§ 2288) hardly tends to make us much the wiser regarding the point in question. There it says, "The absolute conditional (i. e. the conditional with the protasis understood) — which, of course, does not irhply rejection of any kind — is necessarily kept in preterite constructions as regards tense, but with a tendency to substitute should for would: He said he should (or would) like to go for a walk. He said he was sure he should like it. But would must be kept in / said I was sure he would like it.u Query: Why is would given as an alternative auxiliary in the first example and not in the second?