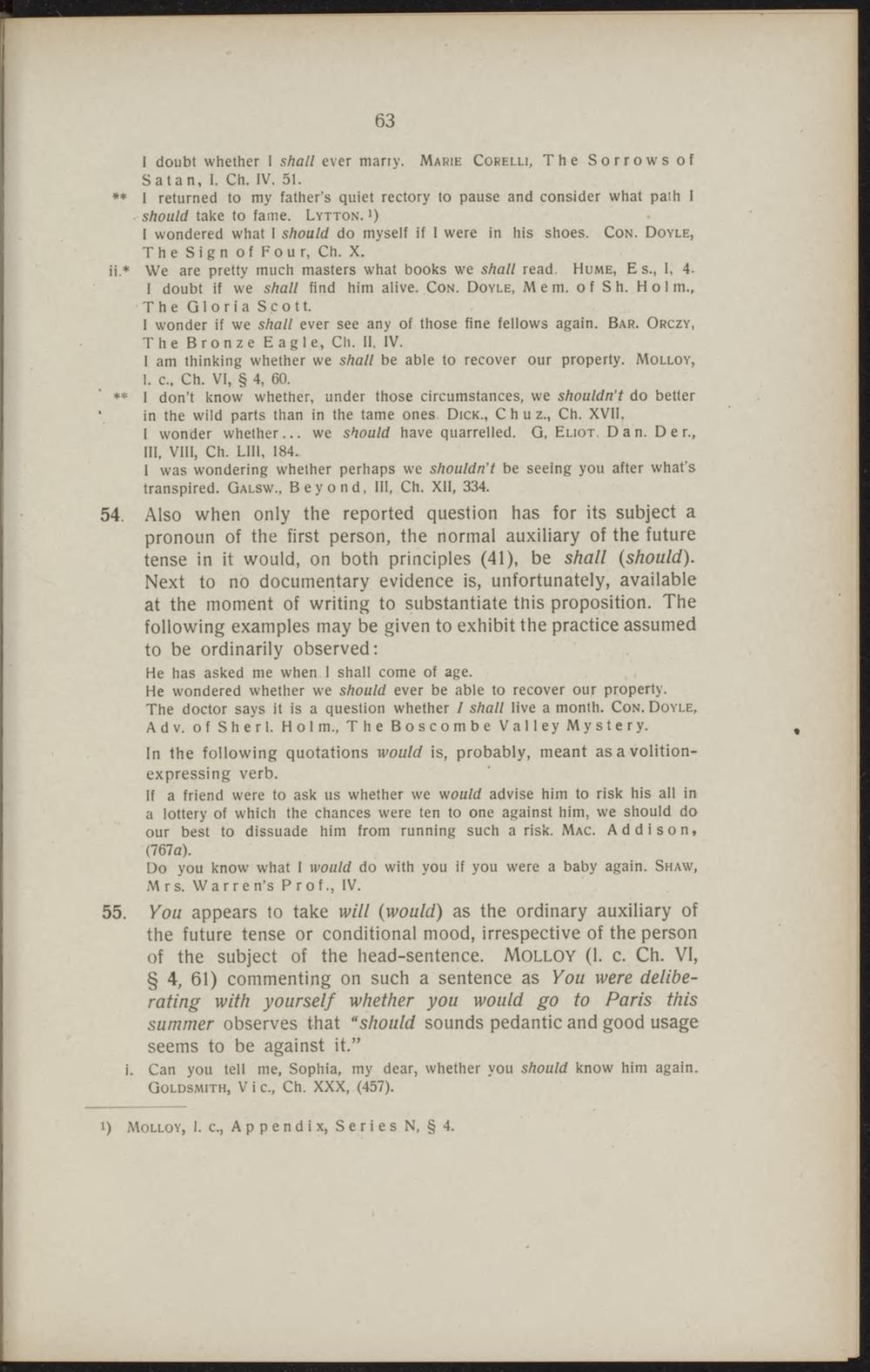 I doubt whether I shall ever many. Marie Corelli, The Sorrows of Satan, I. Ch. IV. 51. ** I returned to my father's quiet rectory to pause and consider what path I should take to fame. Lytton. ')

I wonder if we shall ever see any of those fine fellows again. Bar. Orczy, The Bronze Eagle, Ch. II. IV.

I was wondering whether perhaps we shouldn't be seeing you after what's transpired. Galsw, Beyond, III, Ch. XII, 334.

54. Also when only the reported question has for its subject a pronoun of the first person, the normal auxiliary of the future tense in it would, on both principles (41), be shall (should). Next to no documentary evidence is, unfortunately, available at the moment of writing to substantiate tnis proposition. The following examples may be given to exhibit the practice assumed to be ordinarily observed:

He has asked me when I shall come of age.

He wondered whether we should ever be able to recover our property. The doctor says it is a question whether / shall live a month. Con. Doyle, Adv. of Sherl. Holra, The Boscombe Valley Mystery.

In the following quotations would is, probably, meant as a volitionexpressing verb.

If a friend were to ask us whether we would advise him to risk his all in a lottery of which the chances were ten to one against him, we should do our best to dissuade him from running such a risk. Mac. A d d i s o n, (767a).

Do you know what I would do with you If you were a baby again. Shaw, Mrs. Warren's Prof, IV.

55. You appears to take will (would) as the ordinary auxiliary of the future tense or conditional mood, irrespective of the person of the subject of the head-sentence. Molloy (1. c. Ch. VI, § 4, 61) commenting on such a sentence as You were deliberating with yourself whether you would go to Paris this summer observes that "should sounds pedantic and good usage seems to be against it."