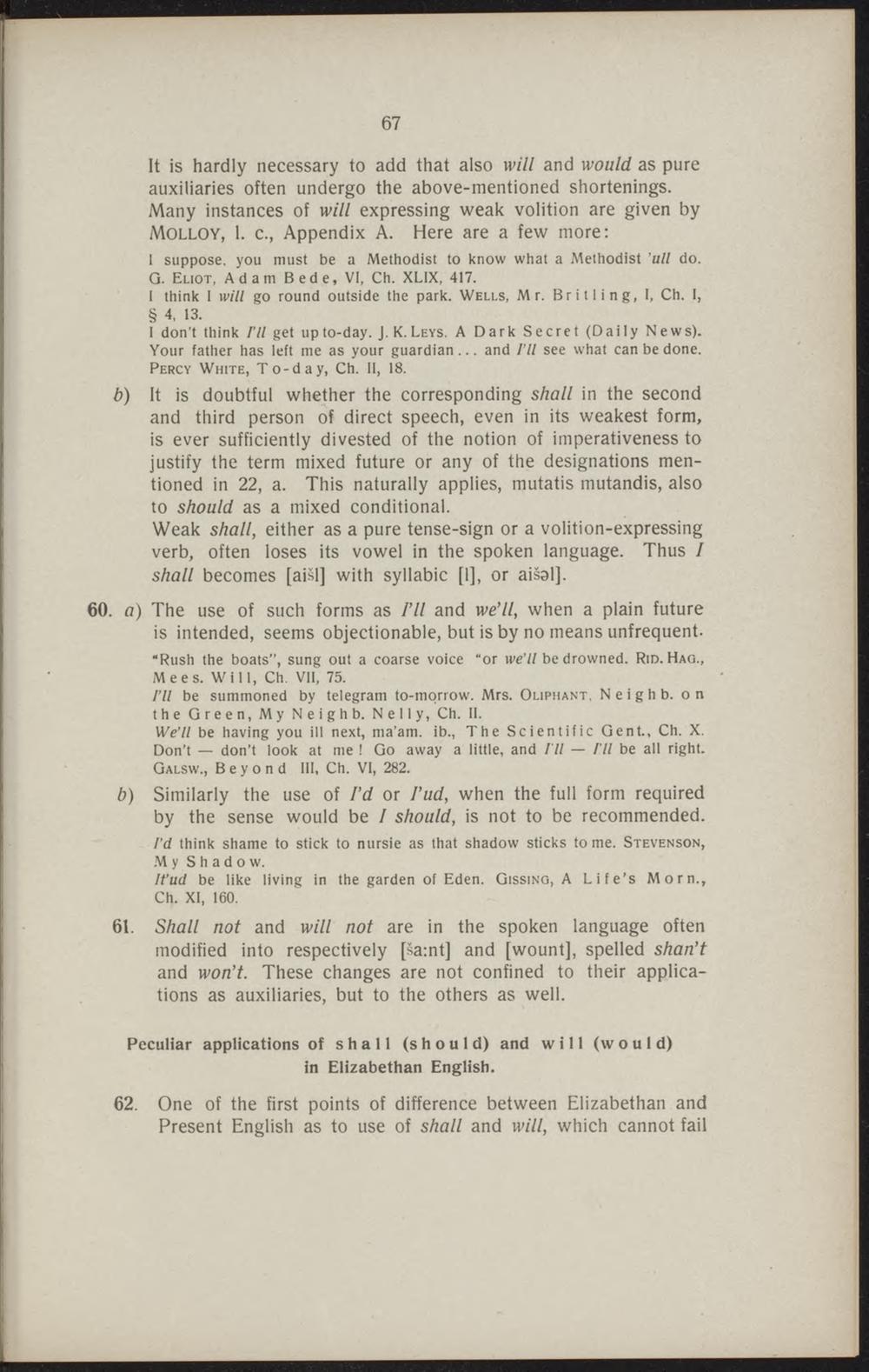 It is hardly necessary to add that also will and would as pure auxiliaries often undergo the above-mentioned shortenings. Many instances of will expressing weak volition are given by Molloy, 1. c, Appendix A. Here are a few more:

b) It is doubtful whether the corresponding shall in the second and third person of direct speech, even in its weakest form, is ever sufficiently divested of the notion of imperativeness to justify the term mixed future or any of the designations mentioned in 22, a. This naturally applies, mutatis mutandis, also to should as a mixed conditional.

Weak shall, either as a pure tense-sign or a volition-expressing verb, often loses its vowel in the spoken language. Thus I shall becomes [aisl] with syllabic [1], or aisal].

. a) The use of such forms as I'll and wéll, when a plain future is intended, seems objectionable, but is by no means unfrequent.

b) Similarly the use of I'd or I'ud, when the full form required by the sense would be / should, is not to be recommended.

I'd think shame to stick to nursie as that shadow sticks to me. Stevenson, M y Shadow.

61. Shall not and will not are in the spoken language often modified into respectively [sa:nt] and [wount], spelled shan't and won't. These changes are not confined to their applications as auxiliaries, but to the others as well.

Peculiar applications of shall (should) and will (would) In Elizabethan English.

62. One of the first points of difference between Elizabethan and Present English as to use of shall and will, which cannot fail