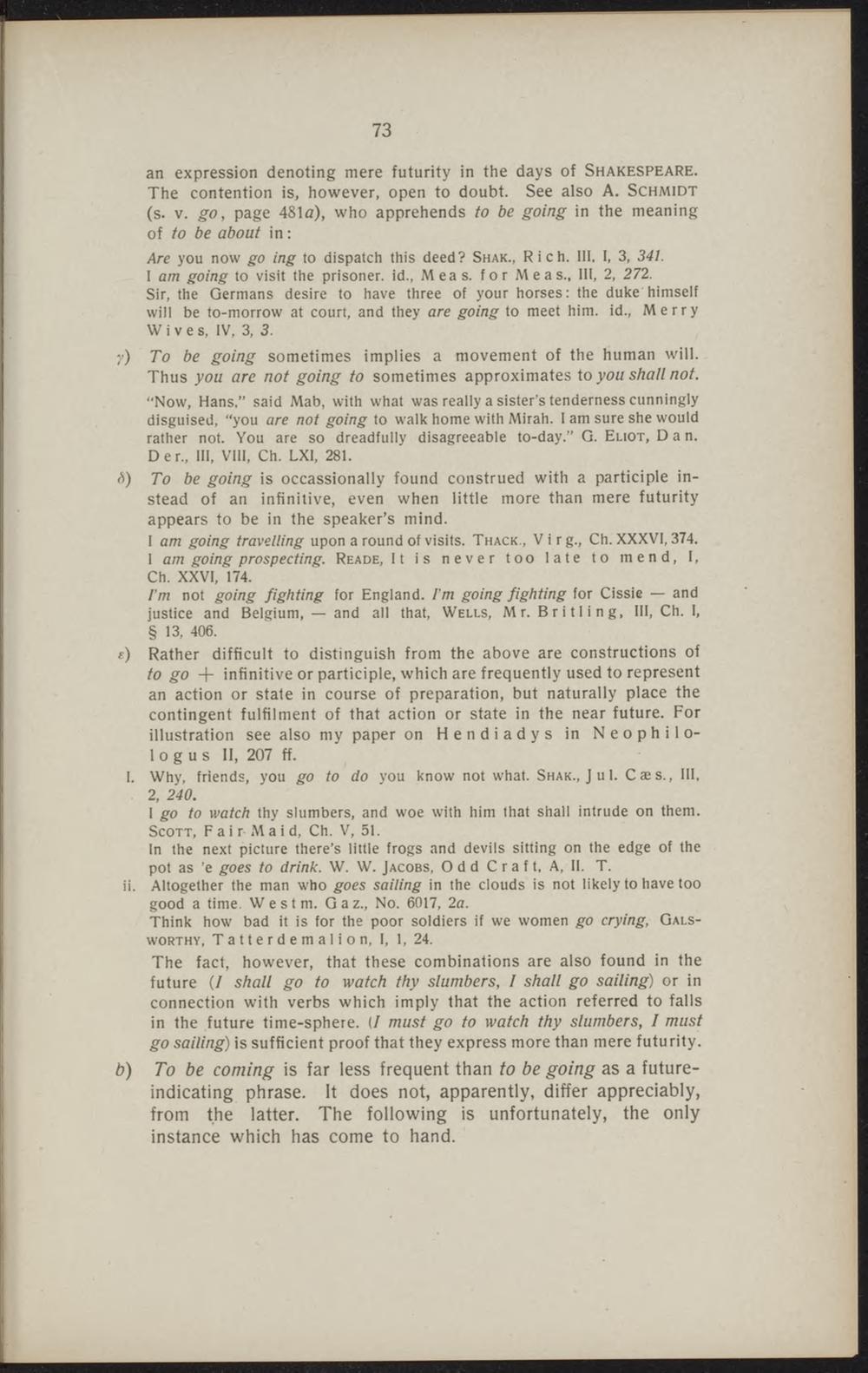 an expression denoting mere futurity in the days of Shakespeare. The contention is, however, open to doubt. See also A. Schmidt (s. v. go, page 481a), who apprehends to be going in the meaning of to be about in:

To be going sometimes implies a movement of the human will. Thus you are not going to sometimes approximates to you shall not. "Now, Hans," said Mab, with what was really a sister's tenderness cunningly disguised, "you are not going to walk home with Mirah. I am sure she would rather not. You are so dreadfully disagreeable to-day." G. Eliot, Dan. Der, III, VIII, Ch. LXI, 281.

To be going is occassionally found construed with a participle instead of an infinitive, even when little more than mere futurity appears to be in the speaker's mind.

Rather difficult to distinguish from the above are constructions of to go + infinitive or participle, which are frequently used torepresent an action or state in course of preparation, but naturally place the contingent fulfilment of that action or state in the near future. For illustration see also my paper on Hendiadys in Neophilo1 o g u s II, 207 ff.

The fact, however, that these combinations are also found in the future (/ shall go to watch thy slumbers, I shall go sailing) or in connection with verbs which imply that the action referred to falls in the future time-sphere. (/ must go to watch thy slumbers, I must go sailing) is sufficiënt proof that they express more than mere futurity. To be coming is far less frequent than to be going as a futureindicating phrase. It does not, apparently, differ appreciably, from the latter. The following is unfortunately, the only instance which has come to hand.