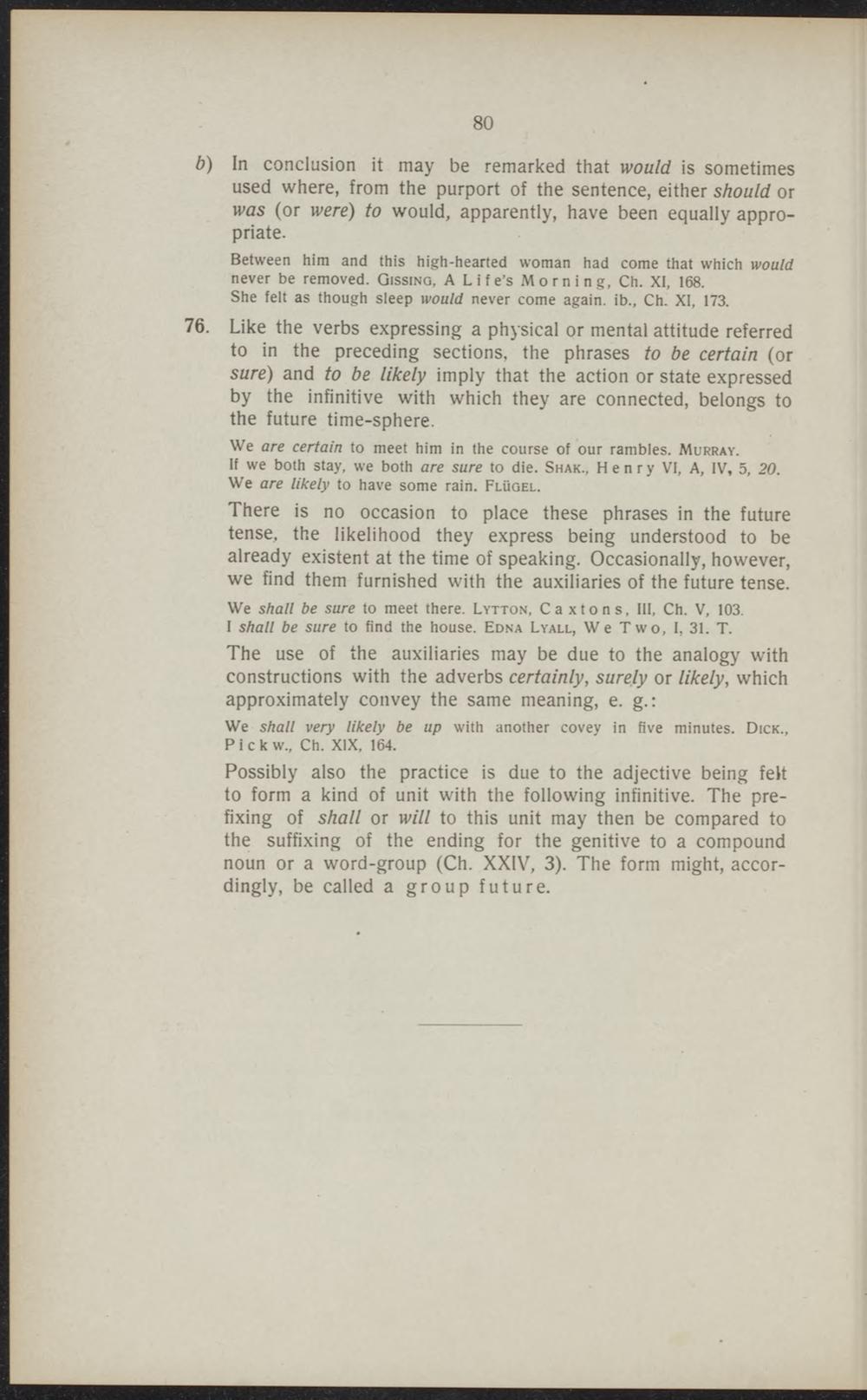 In conclusion it may be remarked that would is sometimes used where, from the purport of the sentence, either should or was (or were) to would, apparently, have been equally appropriate.

Between him and this high-hearted woman had come that which would never be removed. Gissing, A L i f e's Morning, Ch. XI, 168. She feit as though sleep would never come again. Ib, Ch. XI, 173.

Like the verbs expressing a physical or mental attitude referred to in the preceding sections, the phrases to be certain (or sure) and to be likely imply that the action or state expressed by the infinitive with which they are connected, belongs to the future time-sphere.

We are certain to meet him in the course of our rambles. Murray.

We are likely to have some rain. Flügel.

There is no occasion to place these phrases in the future tense, the likelihood they express being understood to be already existent at the time of speaking. Occasionally, however, we find them furnished with the auxiliaries of the future tense. We shall be sure to meet there. Lytton, C a x t o n s, III, Ch. V, 103. I shall be sure to find the house. Edna Lyall, We Two, i, 31. T.

The use of the auxiliaries may be due to the analogy with constructions with the adverbs certainly, surely or likely, which approximately convey the same meaning, e. g.:

We shall very likely be up with another covey in five minutes. Dick, Piekw, Ch. XIX, 164.

Possibly also the practice is due to the adjective being feit to form a kind of unit with the following infinitive. The prefixing of shall or will to this unit may then be compared to the suffixing of the ending for the genitive to a compound noun or a word-group (Ch. XXIV, 3). The form might, accordingly, be called a group future.